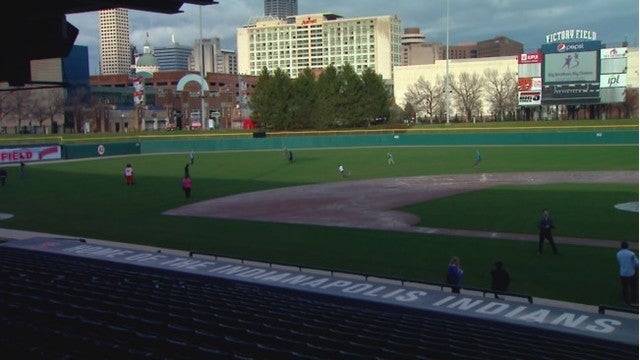 INDIANAPOLIS (WISH) — The young fan hit by a foul ball during a Saturday Indianapolis Indians game at Victory Field is now recovering at home, the team said Tuesday.

During Saturday’s game at Victory Field against the Gwinnett Stripers, the fan was hit by a foul ball along the first base line. The condition of the “young fan” was not provided that night.

According to a statement from the team, the fan was released from an area hospital Sunday:

“The young fan who was injured during last Saturday night’s game was treated at a local hospital, released the following day and is recuperating at home. We have been in constant contact with the family. They asked us to provide an update, thank the community for its concern and requested continued privacy.”

Several people who attended the game used social media Saturday and Sunday to say they had seen a child hit by a ball. Witnesses said the ball hit a boy who looked to be between 5 and 8 years old.

Joanna Allen spoke with News 8 and she said the incident was a scary situation.

“At that moment, when that little boy got hit, it was so quiet,” said Joanna Allen, who was sitting a few rows in front of the boy who was hit. “You couldn’t hear anything except for unfortunately him. Just the screams were horrific.”

Allen said the game did go on, but a lot of people seemed to be shaken up.

“I’m petrified to bring my granddaughter there, she’s only 10 months. It could happen to anyone unfortunately it was a child,” she said.

Allen now believes nets should be installed around the stadium.

The incident at Victory Field came three days after a girl was hit by a foul ball during a game between the Chicago Cubs and Houston Astros, an incident MLB called “extremely upsetting.”

Statement sent Saturday by the team:

Tonight a young fan was struck by a foul ball along the first base line. On-site EMT personnel provided treatment at the stadium and the fan was transported to the hospital. We are not able to disclose further details at this time. Our thoughts are with the entire family.