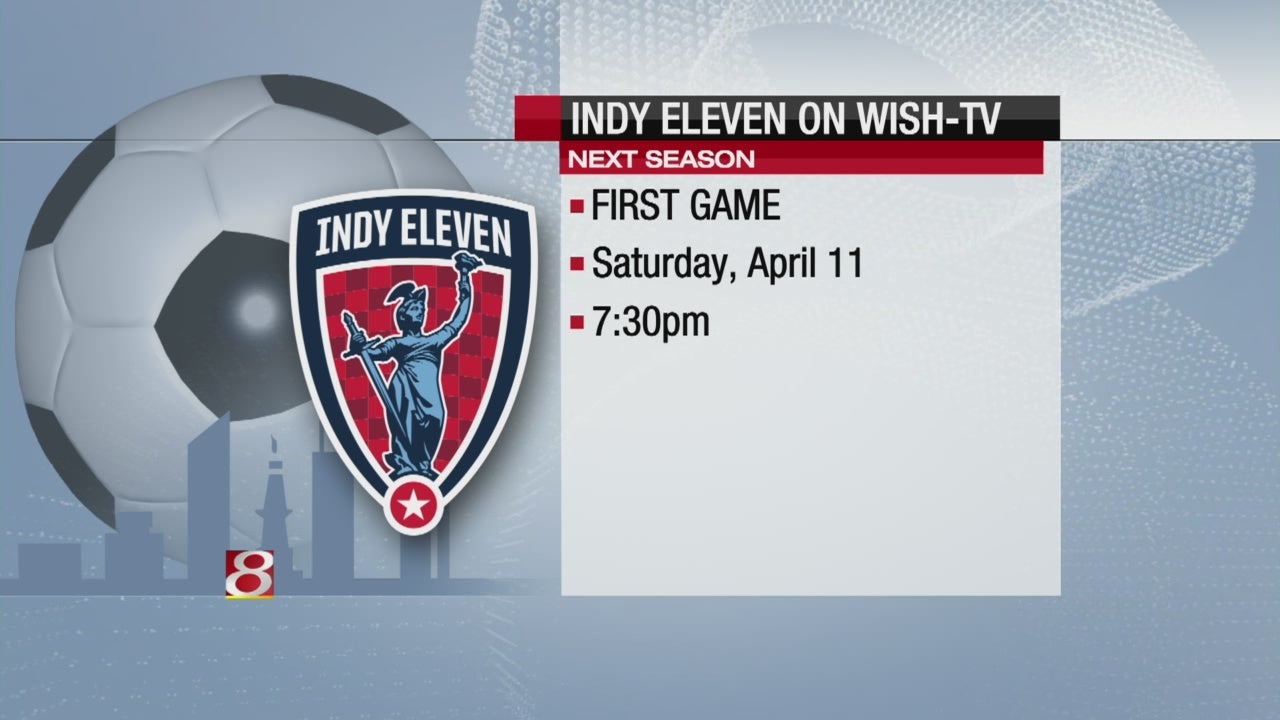 INDIANAPOLIS (WISH) – All Indy Eleven Professional Soccer regular season home matches will be broadcast on WISH-TV during the 2015 season. The “Boys in Blue” are back for their second season, as Indy Eleven and WISH-TV renewed their television broadcast partnership through 2016, covering the team’s next two seasons of play in the North American Soccer League.

“WISH-TV’s professionalism and first-class broadcasts were pivotal to Indy Eleven’s successful introduction to the Central Indiana community throughout our inaugural season,” said Larry Linde, Indy Eleven’s Director of Corporate Partnerships & Broadcasting. “Everyone at the club is thrilled to continue working with the WISH-TV family to provide even more extensive coverage of ‘Indiana’s Team’ across the next two years on game days and beyond.”

The renewed partnership will see Indy Eleven matches reach an expanded audience on WISH-TV beginning with this season, when all of the squad’s 15 NASL regular season home matches will be televised live and over-the-air. The broadcast slate on WISH-TV will begin on Saturday, April 11, at IUPUI’s Michael A. Carroll Stadium, when Indy Eleven starts its home schedule with a high-profile clash against the New York Cosmos at 7:30 p.m. ET.

“We are excited to once again partner with Indy Eleven to broadcast professional soccer into homes all across Central Indiana,” said Les Vann, WISH-TV president and general manager. “Together, Indy Eleven and WISH-TV are bringing this great sport to Hoosiers, giving them a front row seat. We’re proud to continue to have the opportunity to work with such an innovative organization and to further WISH-TV’s 60-year commitment of bringing viewers the best local programming. We look forward to another successful season together.”

Indy Eleven and WISH-TV are proud to welcome the team of play-by-play man Greg Rakestraw and color analyst Brad Hauter back to the broadcast booth for season two at “The Mike.” In addition to the two-hour game broadcast window from 7:30-9:30 p.m., Indy Eleven and WISH-TV have also committed to bring back the “Honda Postgame Show,” a 30-minute recap of that night’s action including highlights and interviews with head coaches from both teams and a member of the Indy Eleven squad.