Indy to host international cricket tournament in May 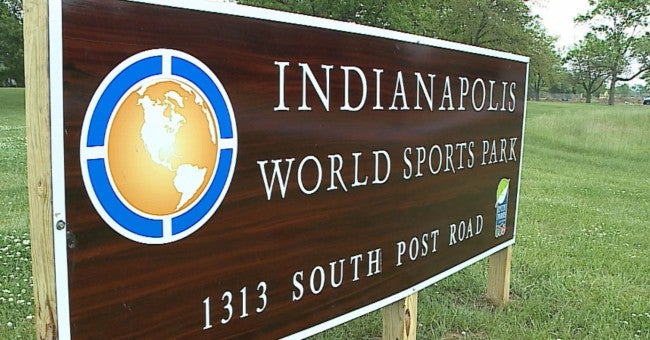 INDIANAPOLIS (WISH) – An international cricket tournament is scheduled to be hosted in Indianapolis this spring.

The Indy Parks Department confirms that the Pepsi ICC (International Cricket Council) Americas Division 1-T20 Championship will be held at the World Sports Park on the city’s east side May 3-9.

The event will serve as a qualifier, sending the top two teams to the 2016 ICC World T20 tournament.

Indy was scheduled to host the US National Cricket Championship last August, but the city pulled the plug on it just days after it was announced.

Now with this new tournament scheduled, city leaders are hoping the sport is here to stay and fans couldn’t agree more.

“This cricket field is special, like a golf course,” said Jatin Patel as he walked across the field at World Sports Park. “You can see from the foot marks, the field is holding well.”

Even a blanket of snow can’t chill the excitement Patel, an advisory board member for the American Cricket Federation, is feeling,

“Being as an ex-cricket player and still involved as a fan and love to see every activity possible, and for me is like a dream come true,” he said.

That dream will become a reality this May when the International Cricket Council’s Americas Division 1-T20 tournament takes the field in his hometown. It’s an international qualifier featuring team USA and three more from around the world.

“We definitely want that exposure to be something that we can build upon and create a long term relationship with, and this we’re looking at being able to do that,” said Lesley Gordon, parks department communication director.

City leaders weren’t able to establish a good relationship last summer with the USA Cricket Association, the organization in charge of the US National Cricket Championship. It’s part of the reason hosting the tournament last August fell through.

The park still got use thanks to soccer and other international sports. But cricket was always the main attraction.

“As we got a little more experience in how those conversations worked, we were able to set expectations as well as really show (the ICC) what they were getting out of our fields and it’s been going very well,” said Gordon. “The ICC tournament made a lot of sense and we’re excited to bring that in and to show, to expose our fields to these international teams, bring them to Indianapolis and show them the type of city that we are, the type of sports host that we can be.”

“It will be an awesome experience,” said Patel. He recognizes that most Americans might not know how cricket is played, but he feels hosting this tournament will be the perfect chance for Hoosiers to learn more about it.

“In any sport, when there is international event concerned, it’s always huge,” he said.

Cricket might be the main attraction for the park, but other international sports like soccer, rugby, and hurling will also take the field this year.

“We have had events in the past,” said Gordon. “And we do plan to have some moving forward. We have a few on the books. Nothing as big as (the upcoming tournament) quite yet but we’re hoping this is just the beginning of a more long term progression.”

Gordon said the parks department has a few minor details left to work out with the International Cricket Council, but nothing that would be a deal breaker for the tournament.

She said ticket prices as well as seating are still being figured out, but that it’ll likely be a walk-up style crowd where fans can bring their own chairs and pick their own spot.