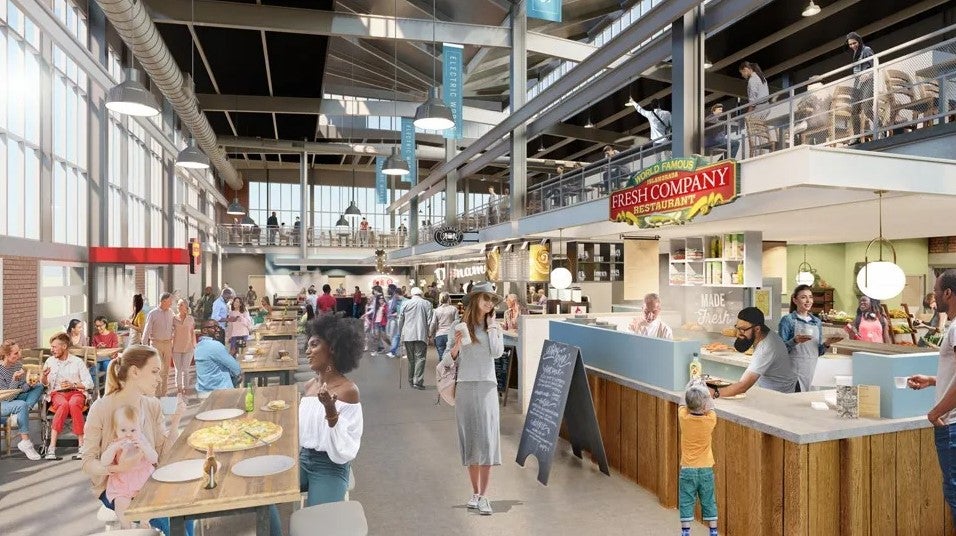 FORT WAYNE, Ind. (Inside INdiana Business) — The Allen County-Fort Wayne Capital Improvement Board has appointed the first six members of the Electric Works Public Market Trust. The new nonprofit will monitor the performance of the Union Street Market food hall at the mixed-use innovation district in downtown Fort Wayne.

The CIB was tasked with appointing six of the trust’s 13 members as part of the economic development agreement for Electric Works.

“We are thrilled to announce the six people chosen to help lead this new organization,” CIB President Jim Cook said in written remarks. “These volunteers are community leaders on the front lines of nutrition education, getting healthy foods to seniors and kids, local farming and creating dynamic and inclusive public spaces.”

Additionally, Electric Works developer Ancora says the trust will create food access and educational programs for the community. They will include cooking and nutrition classes in the market’s teaching kitchen, as well as expanded use of the SNAP, Double Up Indiana, and Produce Prescription programs for low-income residents.

The trust is expected to begin meeting this spring. The Union Street Market is slated to open this fall as part of the $286 million first phase of the Electric Works project at the former General Electric campus.