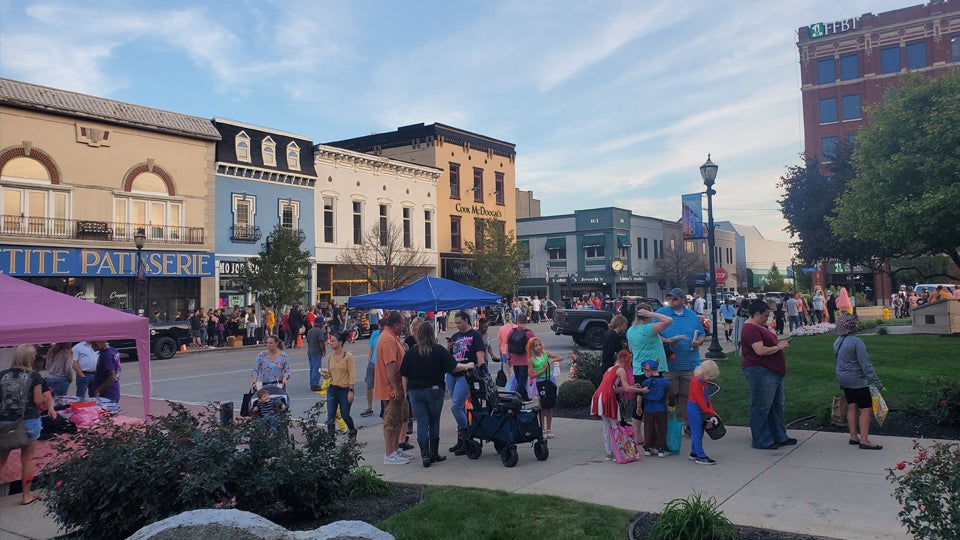 KOKOMO, Ind. (Inside INdiana Business) — Officials from the Greater Kokomo Visitors Bureau say tourism spending in the city and Howard County has increased in recent years and they expect the new Championship Park on the city’s east side to push revenues higher in the future. Tourism officials just released the results of a study on spending habits of tourists in the community. The analysis, based on 2019 data, shows spending has increased 3.4% in direct expenditures by visitors since 2016.

In an interview with Inside INdiana Business, Greater Kokomo Visitors Bureau Manager Sherry Matlock said whether it is destination visitors or people passing through, the community is benefitting.

“There’s an economic impact to both of those types of visitors. And what the study found was that of those that traveled destination visitors to our community, lodging, food and beverage, and shopping made up seven out of $10 of the visitor spending level,” said Matlock.

The study, conducted by Kentucky-based Certec Inc, found that visitors to Kokomo and Howard County contributed approximately $150 million to Howard County’s economy in 2019, compared to $135 million in 2016.

“These study results show that it is imperative for the Visitors Bureau to continue promoting Kokomo and Howard County as an ideal destination for visitors, conference and event organizers, and pass-through travelers,” said Charlie Sparks, president and chief executive officer of the Greater Kokomo Economic Development Alliance.

The report shows Kokomo and Howard County had 1.3 million destination and pass-through travelers in 2019. Of that, Kokomo had nearly 894,000 destination visitors and about 446,000 travelers headed elsewhere.

“But they stop and do something as they’re traveling through the area,” which Matlock says could be food or gasoline purchases.

In 2013, the state opened a new stretch of U.S 31 on the east side of Kokomo, reducing frustration for travelers who faced numerous stoplights in the city. But it also removed potential customer traffic to restaurants and other amenities.

“To be honest, we have not seen any type of negative impact from the bypass. In fact, if it’s done anything, it’s taken a lot of the semi traffic off of our main thoroughfare through Kokomo,” said Matlock. So that the people that do want to come to Kokomo they have a more positive perception of Kokomo because there it’s not so heavily congested.”

One of the draws to Howard County is Championship Park, which opened in April. It consists of four high school/college baseball fields and four junior/softball fields. Matlock says the park has hosted numerous tournaments, and benefits from proximity to Grand Park Sports Campus in Westfield.

“We were already getting overflow into number of our hotels for teams to stay as they played there,” said Matlock. “With this new complex opening, it opens up a whole new level of travel teams coming into our city. Those travel teams often stay, that’s multi day. They’re eating at restaurants, and we’re already seeing the impacts of that.”

In addition to the ball fields, the development near U.S. 31 includes office, retail, restaurant and hotel space. While site development has taken place, construction has not yet begun. However, Matlock is optimistic.