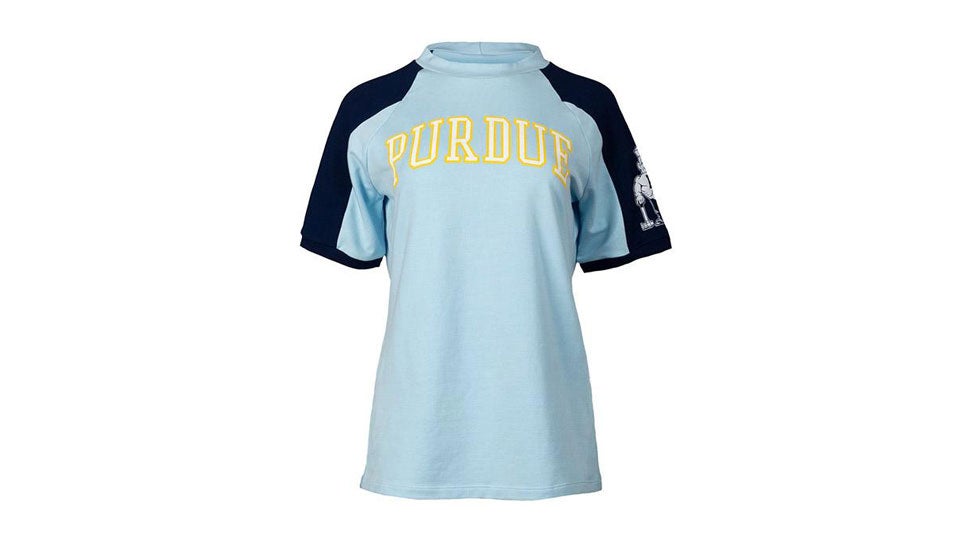 WEST LAFAYETTE, Ind. (Inside INdiana Business) – Purdue University has partnered with trademark licensing agent CLC, to produce a special-edition, replica Purdue shirt that appeared on an episode of Netflix’s “Stranger Things 3.”  The university also teamed up with Venley to accurately replicate the shirt which will be in on-campus retailers later this month.

The tee shirt displays a vintage Purdue Pete logo on the left sleeve and Purdue in gold across the chest.

The shirt made its debut during the Independence Day weekend episode of the show, spurring social media buzz with alumni.

University officials say  since the airing of the show, the Purdue Trademarks and Licensing Department has been working with CLC and Venley to replicate the shirt and meet the demand from excited Boilmakers.

“After much anticipation from Boilermaker fans, we are so excited to finally be able to offer the Purdue-branded shirt that was featured on ‘Stranger Things,’” said Erika Austin, Purdue’s manager of trademarks and licensing. “Venley did a remarkable job replicating the shirt from scratch. We appreciate their efforts in developing this special product for our fans.”