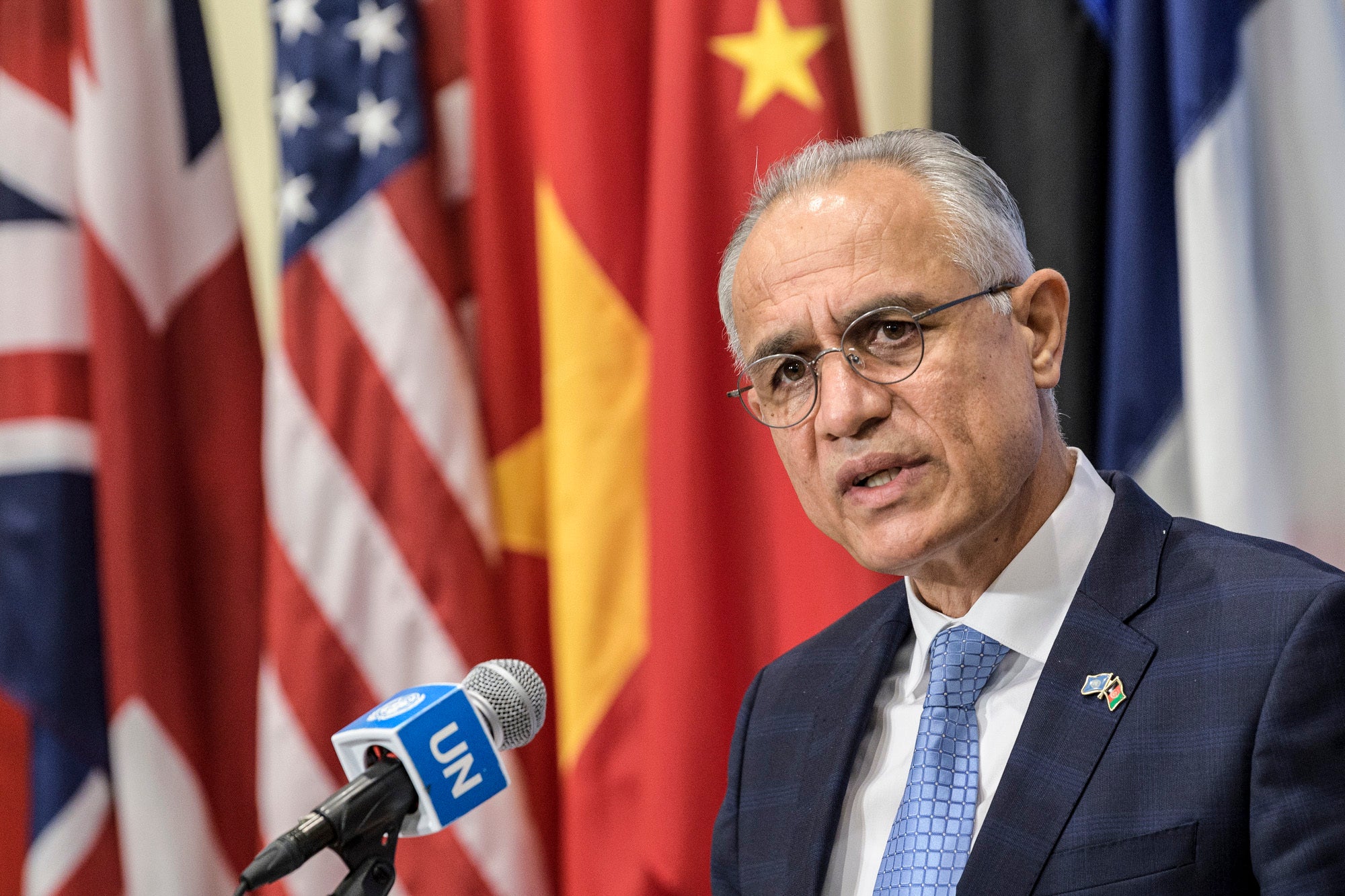 In this Friday, Aug. 6, 2021 provided by United Nations Photo, Ghulam M. Isaczai, Afghanistan Ambassador to the United Nations, speaks during a press conference at UN headquarters. The Taliban are challenging the credentials of Isaczai, the ambassador from Afghanistan’s former government and asking to speak at the General Assembly’s high-level meeting of world leaders this week, according to a letter sent to the United Nations. Afghanistan is listed as the final speaker of the ministerial meeting on Monday, Sept. 27, and if there no decision by then, Isaczai, Afghanistan’s currently recognized U.N. ambassador, will give the address. (Manuel Elías/United Nations Photo via AP)
by: EDITH M. LEDERER, Associated Press
Posted: Sep 24, 2021 / 09:19 PM EST / Updated: Sep 24, 2021 / 09:20 PM EST

The Taliban challenged the credentials of the ambassador from Afghanistan’s ousted government and asked to represent the country at the meeting.

The key reason is that the General Assembly committee which decides on credentials challenges has not met, and is highly unlikely to meet over the weekend.