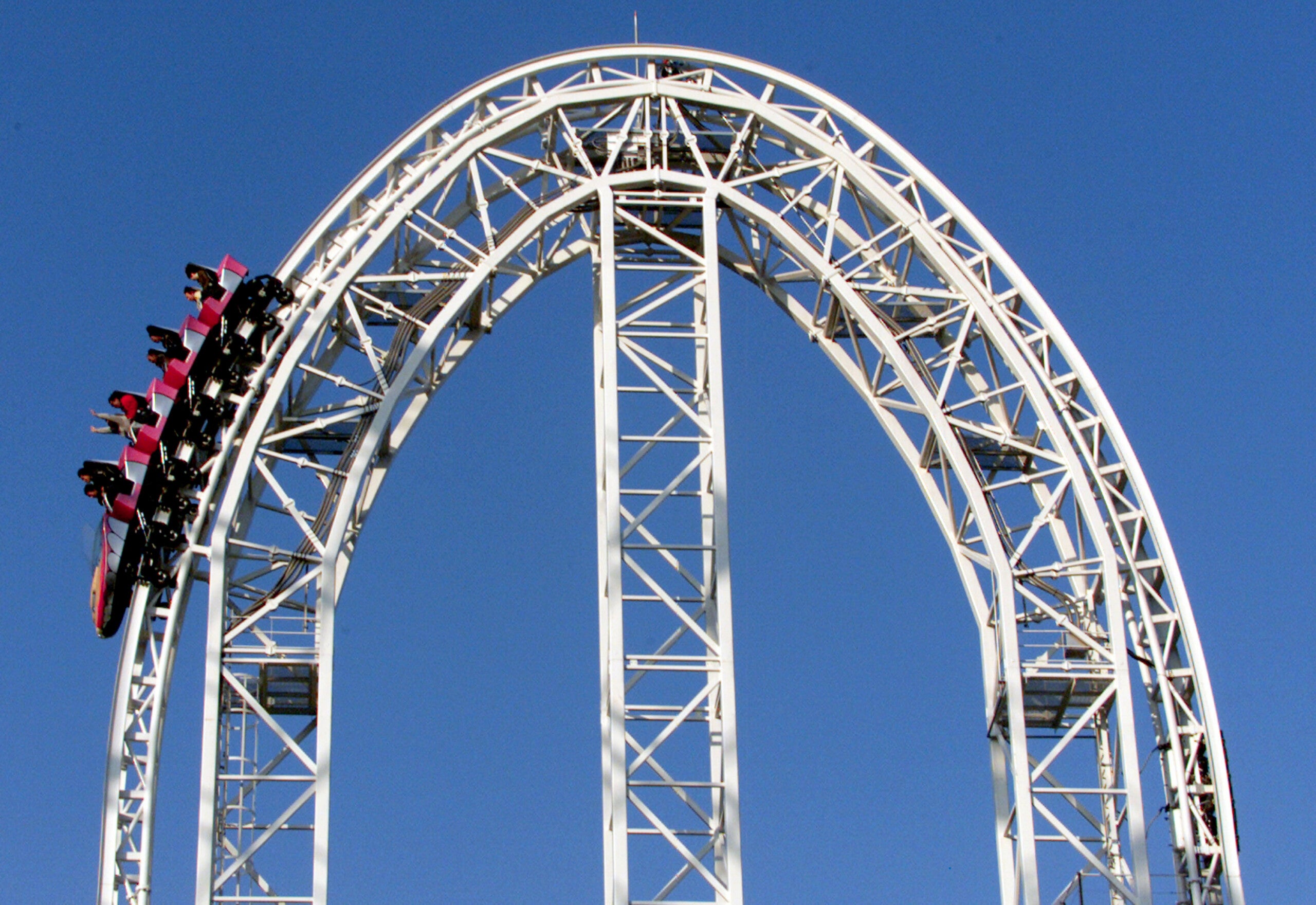 Daring Japanese guests speed down a 156-foot drop as they enjoy what is claimed to be the world's fastest rollercoaster, called "Dodonpa," at the Fujikyu Highland amusement park in Fuji-Yosida, west of Tokyo. The rollercoaster is designed to accelerate to about 106.8 mph within two seconds. (Photo by Yamaguchi Haruyoshi/Corbis via Getty Images)
by: Lilit Marcus and Chie Kobayashi, CNN
Posted: Aug 24, 2021 / 07:04 AM EST / Updated: Aug 24, 2021 / 07:04 AM EST

(CNN) — A roller coaster in Japan capable of hitting speeds of up to 112 miles per hour is being shut down indefinitely pending an investigation into whether injuries sustained by passengers were linked to the ride.

A press statement released by the park on August 20 states that the roller coaster will be closed “due to a safety overhaul.”

The statement says that four passengers have reported being injured on the ride between December 2020 and August 2021 and adds that “currently, the causal relationship between injuries and amusement machines has not yet been confirmed.”

According to the regional government in Yamanshi prefecture — where Fuji-Q is located — the four incidents were among men and women in the 30-50 age range. All had significant injuries, including a cervical fracture and a thoracic spine fracture, the latter of which can require up to three months in the hospital.

A representative for the park would not comment specifically on the allegations of bone-breaking injuries and simply told a CNN reporter that “accidents were reported by passengers.”

Despite the ongoing coronavirus pandemic, theme parks across Japan have been open since June 2020. At the time, a directive urged roller coaster riders to “scream in their hearts” rather than out loud in order to reduce the risk of virus transmission.

Fuji-Q Highland was among the parks to take significant measures in limiting its visitors. The park, which is located at the foot of Mount Fuji, only reopened its outdoor attractions, which included roller coasters.

“The causal relationship between the injuries of passengers and the amusement machine produced by our group company is not confirmed and we have to wait for the investigation by Yamanashi Prefecture and (the) Ministry of Land, Infrastructure, Transport and Tourism,” it read.

“We would like to offer our heartfelt sympathy and apologize for the inconvenience we caused to the related parties.”

Dodonpa is a genre of Japanese music that was popular in the 1960s and 1970s, although it’s not clear if that’s how the roller coaster got its name.

According to Fuji-Q, the coaster has 1,244 meters (4,080 feet) of track, with the top of its loop clocking in at 49 meters (161 feet) above the ground. There is currently no reopening date for the Dodon-pa roller coaster.