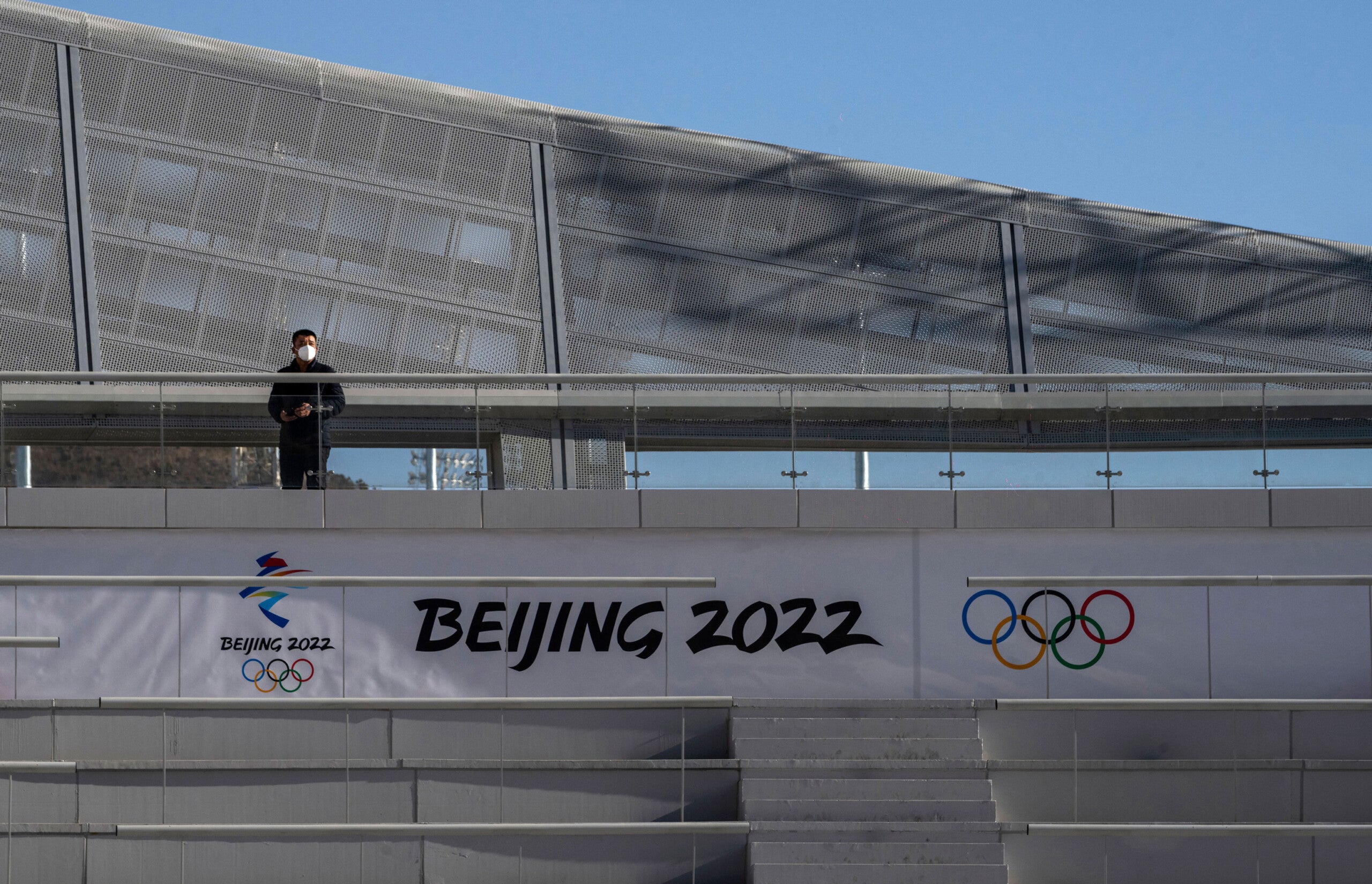 ZHANGJIAKOU, CHINA - DECEMBER 21: A worker stands in the grandstands near a logo in the finish area at the National Ski Jumping Center, that will host events during the Beijing 2022 Winter Olympics, during a media tour on December 21, 2021 in Chongli, Zhangjiakou, in Hebei province, northern China. The area will host a number of events for the Beijing 2022 Winter Olympics which are set to open on February 4th, 2022.(Photo by Kevin Frayer/Getty Images via CNN)
by: Jessie Yeung and Junko Ogura, CNN
Posted: Dec 24, 2021 / 07:50 AM EST / Updated: Dec 24, 2021 / 07:50 AM EST

(CNN) — Japan will not send any senior officials or Cabinet ministers to the Beijing Winter Olympics in February, the government said Friday — but stopped short of calling the decision a diplomatic boycott.

Japan “believes that respect for human rights is important,” Chief Cabinet Secretary Hirokazu Matsuno said at a news conference. “We made a decision comprehensively.”

Japanese Prime Minister Fumio Kishida said earlier this month he does not plan to attend the Games. Kishida has faced rising pressure within his ruling party to take a tougher stance on China, according to local media — a delicate issue for Japan, which is a close partner of the United States but also has strong economic ties to its Asian neighbor.

The Beijing Games have been shrouded in controversy for months, with activists and critics calling for boycotts over concerns of human rights abuses in China — particularly against predominantly Muslim Uyghurs in the western region of Xinjiang.

A number of foreign governments, lawmakers, independent tribunals, and humanitarian groups have declared China’s treatment of Uyghurs a genocide.

So far, Britain, Canada and Australia have followed the US in announcing diplomatic boycotts — meaning they will not send any official delegation, though their athletes will still compete. The US said its boycott was due to China’s “egregious human rights abuses and atrocities in Xinjiang.”

China has strongly criticized the boycotts, arguing politics and sports should remain separate, and that participating countries are contradicting the Olympic spirit of unity. In a statement earlier this month, Beijing threatened the Biden administration with retaliation, warning the move could harm bilateral relations.