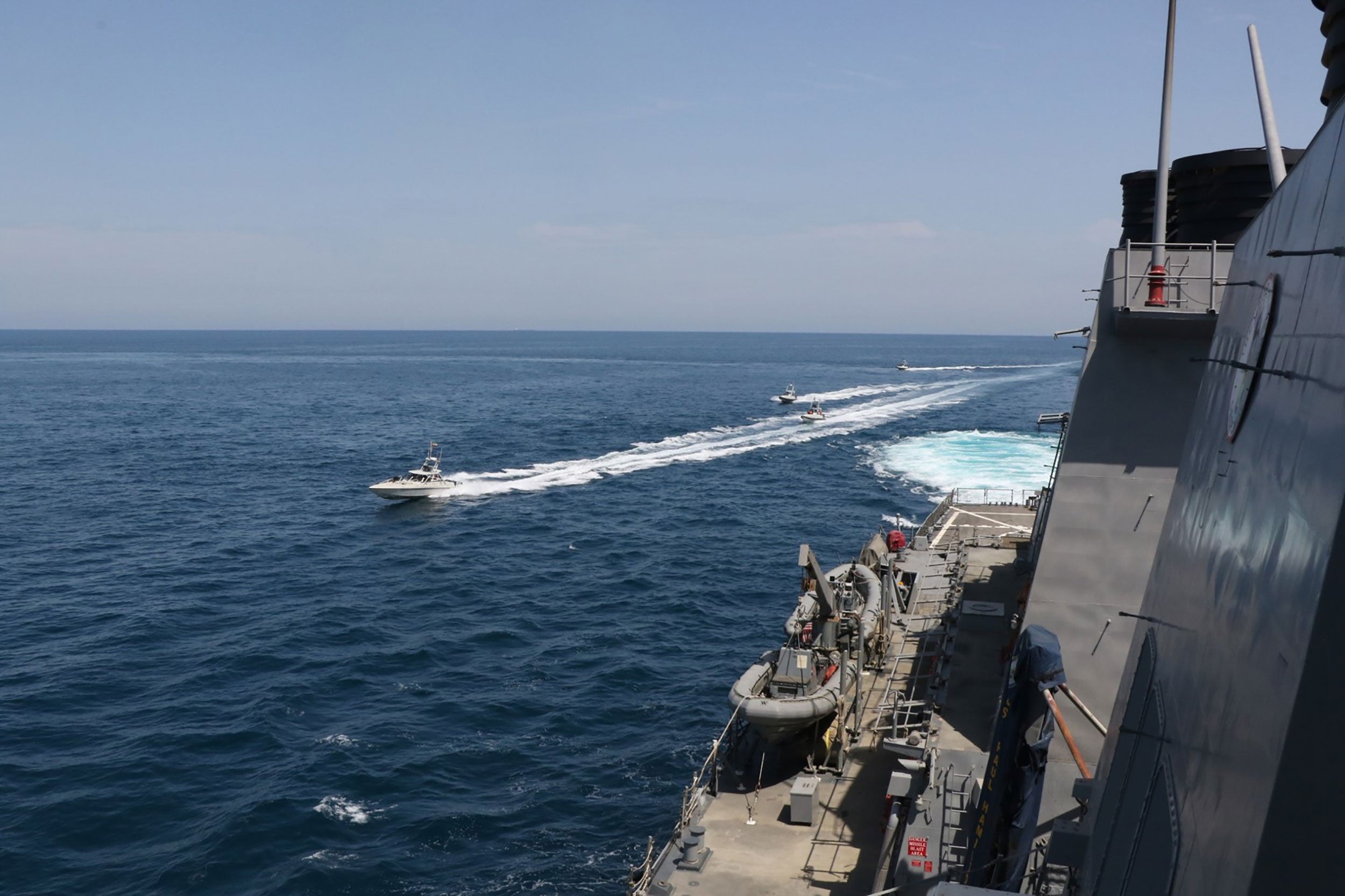 Six US Navy vessels were escorting a guided missile submarine, the USS Georgia, when they encountered a group of 13 IRGCN “fast attack boats,” Kirby told reporters. The boats approached the US Navy vessels “at high speed,” coming as close as within 150 yards.

After the US tried “all the appropriate and established procedures involving hip blasts, bridge to bridge radio transmission and other ways of communicating,” US Coast Guard Cutter Maui fired approximately 30 warning shots, Kirby said. Following the second round of warning shots, the IRGCN fast boats “broke contact.”

The episode follows a string of recent incidents between Iranian boats and US warships. Last month, Iran’s Navy came within 68 yards of US ships operating in the Persian Gulf. And earlier in April, four IRGC ships, including three fast attack craft and a support vessel, came within 70 yards of two Coast Guard cutters.

“Sadly, harassment by the IRGC navy is not a new phenomenon,” Kirby acknowledged Monday.

“It’s an international waterway, and of course, when you’re in the strait, there’s certain limits to your ability to maneuver, I mean it is a chokepoint in the region, so it’s not insignificant that this kind of dangerous, unsafe and unprofessional behavior occurred there,” Kirby added.

Last week, CNN reported that the Biden administration is considering unfreezing $1 billion in Iranian funds that the country could use for humanitarian relief.

It is not clear whether the release of the funds would occur unilaterally, but one line of thought is that it could serve as a useful goodwill gesture to Tehran, according to three people briefed on the internal deliberations, as talks in Vienna over the US reentering the 2015 nuclear deal and bringing Iran back into compliance with its terms have continued with no concrete signs yet of a breakthrough.

The Iranians continue to demand sanctions relief in return for compliance with the deal.