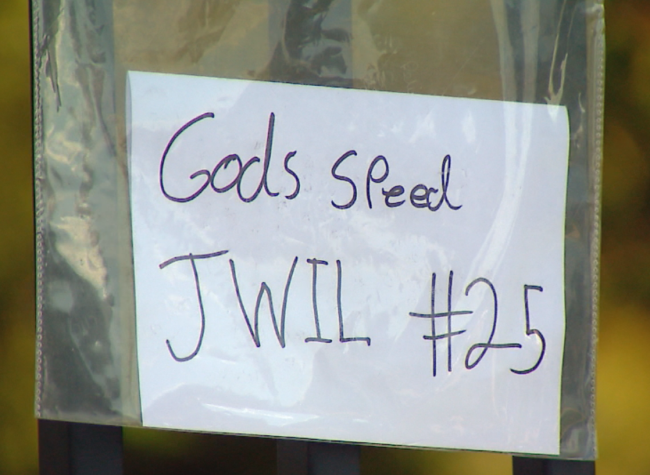 SPEEDWAY, Ind. (WISH) – While fans might remember the work of an IndyCar driver on the track, it’s his help off the course that others will remember more.

The Justin Wilson memorial at the Indianapolis Motor Speedway continued to grow Tuesday. Some brought items, while others had a hard time expressing their feelings.

The pain wasn’t just at the track.

Freije worked with Wilson for the past three years. Wilson suffered from dyslexia and helped others overcome the learning disorder.

He appeared on billboards, donated money and made radio spots for the group.

Wilson took it even further. For the past three years, he entertained hundreds of kids that suffer from dyslexia at the Indianapolis 500 race.

Wilson primarily worked with young people at the institute. Wilson was diagnosed with dyslexia when he was a teenager and he wanted to show the kids you could succeed.

It was a message Freije says resonated well with the kids. And now that he’s gone, she hopes Wilson’s work off the track will be remembered as much as his accomplishments on it.

“He’s a fantastic person, so not just an athlete, not just a spokesperson for dyslexia, but someone who is very kind and generous and someone that we’re very thankful that he chose to be a part of our lives,” Freije said.