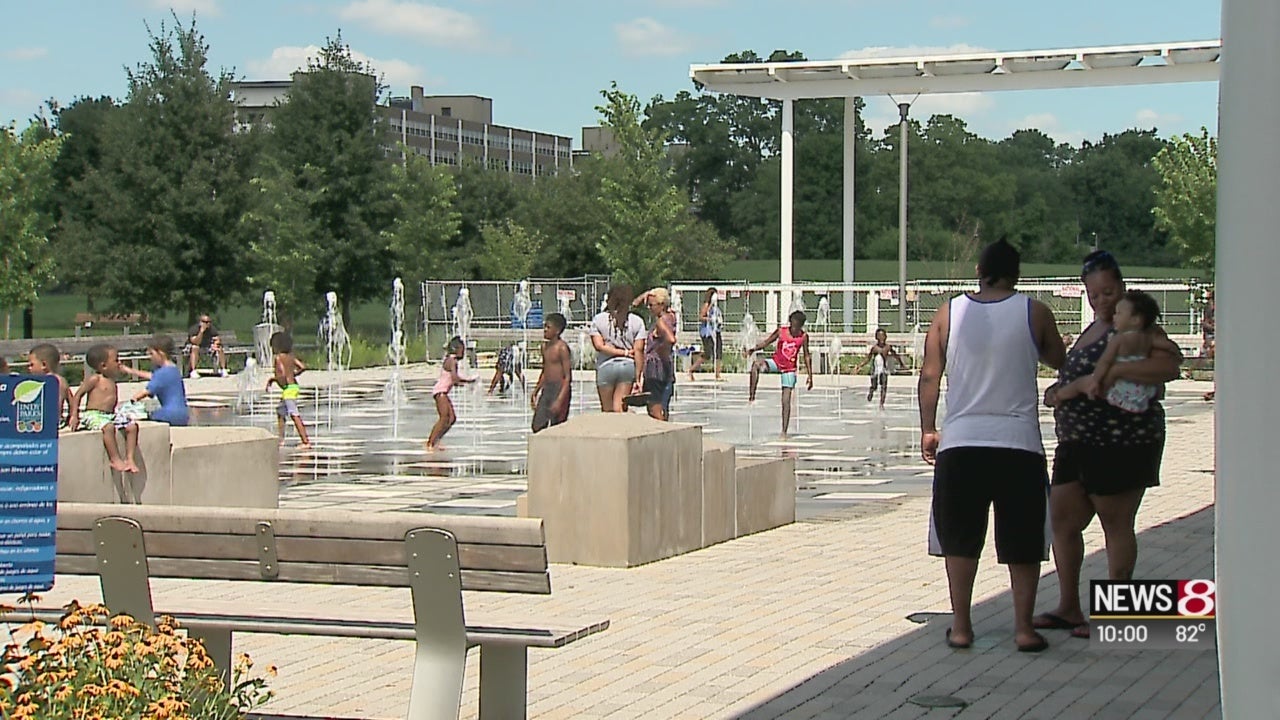 INDIANAPOLIS (WISH) — An Indianapolis community is working to keep its neighborhood on the right track after struggling to combat violence.

Sunday marks 1,000 days since the Butler-Tarkington neighborhood, which sits on the city’s north side, recorded a homicide that stemmed from gang and gun violence. A domestic-related fatal stabbing occurred in the 4000 block of Clarendon Road in May.

Residents living on that side of town said the spark to turn the neighborhood around really started after 19-year-old Malik Perry was shot and killed on Oct. 13, 2015.

On Sunday, kids could be seen laughing, running through the splash pad and playing basketball at Tarkington Park.

Residents describe the peaceful atmosphere as a calm Sunday afternoon. But that wasn’t always the case three years ago.

“In the fall of 2015, there were a lot of residents who really felt terrorized; they didn’t know what to do,” said Ted Feeney, the former president of the Butler-Tarkington Neighborhood Association.

Over a span of two months in 2015, the Butler-Tarkington neighborhood saw four homicides.

The 2-square mile neighborhood was plagued by gun violence, drugs and four different gangs fighting over the area.

“Now look at it,” said resident Wallace Nash, referencing Tarkington Park, which has seen renovations and additions in the past few years. “It speaks for itself. It’s Sunday, and everybody is back in the park enjoying themselves. Three years ago, this park didn’t have anybody here.”

The push to turn things around came in late 2015 when the Butler-Tarkington Neighborhood Association brought in the help of Indy’s Ten Point Coalition and various local law enforcement agencies.

“I was in the military, and I didn’t go serve to come back home and be scared of a neighborhood that I live in,” said Jeffrey Anderson, who grew up in the neighborhood. “That just doesn’t fit me. I want to be a part of it.”

Getting involved and being “part of” that solution is what many residents in the neighborhood did.

They credit citizen patrols four to five nights a week, faith-based youth outreach and new developments like those at Tarkington Park with the success at cleaning up the streets.

“There’s a lot for kids and youth to do, which keeps them out of trouble,” said the Rev. Charles Harrison with the Indianapolis Ten Point Coalition. “That keeps them from being targets of gangs and drug dealers to try and recruit them. So, this is part of addressing the root causes that were leading to the violence.”

Harrison said one of the biggest things that helped stop the violence was the Ten Point Coalition employing the help of people with prior criminal records.

“What we did was we used ‘OGs,'” Harrison explained. “For those that don’t know what an OG is — it’s an ‘original gangster:’ individuals that many of them went to prison, got in trouble in the ’80s, ’90s and 2000s. They could relate to the young people. Many of them still had ‘street cred.’ They knew all the players in the neighborhood, and they just did a tremendous job in reaching the gangs in particular and getting the gangs to call a truce and to help curb the violence in the neighborhood.”

Both Feeney and Harrison hope the changes made in Butler-Tarkington can be mimicked in neighborhoods not only in Indianapolis but across the nation.

“What we have done is brought an intense spotlight to this neighborhood,” said Feeney. “What that does is it sends the bad guys out, they go somewhere else. What we have said as a community is ‘that’s not acceptable here.’ Gang activity, the drug dealing, the violent crime — that’s not welcome here, and you need to go away.”

Residents hope the changes will stick around for another 1,000 days.