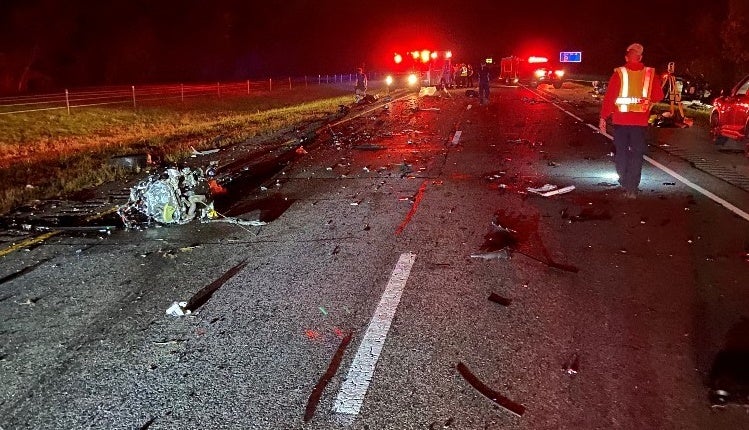 UNIONTOWN, Ind. (WISH) — Three people are dead and another is injured after a two-vehicle crash involving a wrong-way driver on Interstate 65 in Jackson County early Monday morning.

Indiana State Police say the crash occurred near mile marker 39 at approximately 12:30 a.m. That is just north of Uniontown.

Kaitlyn Schindler, 25, of Marysville, was driving a 2019 Jeep Compass southbound in the northbound lanes and hit a 2015 Dodge Durango. It is unclear why Schindler was driving the wrong way, according to police.

The driver of the Durango, 26-year-old Chelsea Jo Boston, of Columbus, died as a result of the crash. A passenger in the back seat of Boston’s SUV, 21-year-old Tapanga Eudy, of Columbus, also died.

The front seat passenger in the Durango, Dai Von Coram, 25, of Columbus, was transported to University of Louisville Hospital in critical condition and later released.

Toxicology results are pending and it is unclear if alcohol or drugs played a role in the crash, according to police.