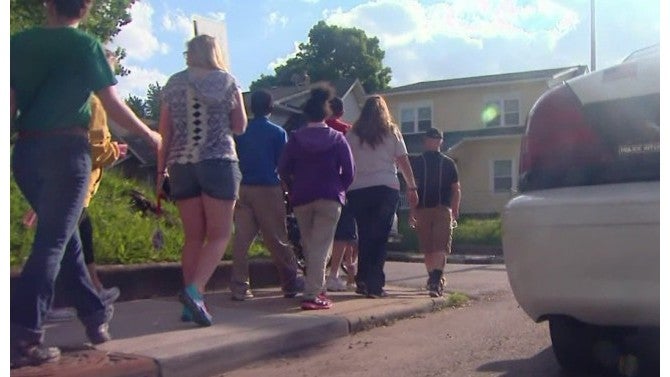 INDIANAPOLIS (WISH) — On Wednesday night, Indianapolis Metropolitan Police Department and residents in the Brookside neighborhood planned a walk together.

The walk is centered around two unsolved murder investigations near Brookside. So far there have been no arrests in the two investigations.

Karen Grooves, 58, was killed October 1. Shortly after the murder police received information on a possible suspect.

Chris Staab who lives in the community, hoped the walk wound generate information in the murder investigations.

However, a rainy Wednesday postponed the walk until next week.

“We can’t forget about them they are members of our community,” said Staab, as he talked about the unsolved murder victims in his neighborhood.