Protesters, police join in walk after standoff at Governor’s Residence

INDIANAPOLIS (WISH) — Police walked with protesters on Meridian Street near the Governor’s Residence just about a half-hour after warning people to disperse or be met with “reasonable force.”

Indiana State Police and Indianapolis Metropolitan Police Department had blocked the road, but later police officers agreed to walk with the protesters for a block if they would leave the Governor’s Residence. Protesters had earlier asked police to put down their batons and come join them on their walk.

That walk with officers and protesters occurred shortly after 9 p.m.

Some type of nonlethal bullets appeared to be fired shortly about 8:43 p.m. After that exchange, police called forward a man to talk with them. The man then returned to the crowd of protesters. Then, protesters started shouting, “Hands up. Don’t shoot.”

Protesters also chanted, “Say his name / Dreasjon Reed.” Reed was shot and killed by Indianapolis Metropolitan Police Department in May after a pursuit that was aired on Facebook Live.

Protesters have been told a representative from the Indianapolis mayor’s office will meet with them to hear their concerns.

Shortly before 10 p.m., IMPD issued a statement on Twitter: “We were so proud to see officers and protestors march together in solidarity. Our officers will continue to ensure the safety of demonstrators as they walk back to their cars to travel home. Our thanks to the protestors for peacefully advocating for change.”

Returning home, the protesters about 10:20 p.m. passed in front of the WISH-TV station on Meridian Street on their way home.

“At this pivotal moment in our country’s history, it is critical that we preserve the right to have voices of change be heard – and that we listen. Tonight, I was proud to watch a moving example of what that can look like.

“We have a long, difficult road ahead if we are to address decades of mistrust and create meaningful change. In joining arms, these peaceful protestors and their police department came together to take a small step forward. It was an inspiring reminder of what makes Indianapolis a special place to call home.

“I want to thank the men and women of the Indianapolis Metropolitan Police Department, as well as the Indiana State Police, for their continued hard work, as well as the advocacy of those who peacefully and powerfully made their voices heard today.”

Below is video from the encounter with police and protesters. App users can go online to view the videos with this story. Some viewers may object to language in the video.

Mayor Hogsett: ‘serious concerns’ about use of force with protesters

Mayor Joe Hogsett said in a news conference Monday that he has “serious concerns” about some of the interactions between officers and protesters from this weekend.

He said he expects to investigate if those actions were within policy, and that the city has plans to make changes to its police review board.

“Our use-of-force review board will have jurisdiction over nonlethal incidents such as we saw yesterday, and that board will have significant civilian participation in the process. That is a step in the right direction. But, those reviews will take time, and I know it will be frustrating for some. It’s frustrating for me, but I do believe that time will allow for a full review of whether these actions were within policy.”

The mayor said he has also called on Randal Taylor, chief of Indianapolis Metropolitan Police Department, to propose an update to guidelines on how police use force within the next two weeks.

Taylor said IMPD is reviewing an incident caught on video of people being arrested during the curfew. He also is reviewing the use of tear gas on a group of peaceful protesters.

News 8’s Richard Essex caught some video of force being used on people Sunday night along Ohio Street outside the Salesforce Tower.

Taylor apologized to anyone inadvertently impacted by the tear gas.

Taylor deferred to Josh Baker, IMPD deputy chief, to answer questions about operations by the department.

“We did not lose control. I don’t think that that’s an appropriate characterization. Now obviously we were all down here, and there were times where officers were scrambling to reassess situations in a very rapid manner, and it looked like there was some disorganization on our part. However, there was clear communications with the command center and we were redeploying those resources as rapidly as possible, not only to monitor the riotous crowds but to answer the calls for services and the calls for assistance that were coming in throughout the downtown area.”

A replay of the news conference can be view in a post on the WISH-TV Facebook page.

The mayor had earlier Monday announced Marion County will be under curfew for the second night in a row.

Around noon Monday, peaceful protesters near Indianapolis City Market silently protesting while raising signs. Many of them later headed to Monument Circle and began chanting.

There were at least 100 protesters who marched to the Statehouse and around downtown.

Indianapolis Metropolitan Police Department officers were on foot and their patrol cars blocked off streets and monitored the area.

Protesters circled back to Monument Circle to hear words from organizers.

News 8’s Aleah Hordges read one sign that mentioned how the city can enforce a curfew but not change, and how that’s the problem.

Many protesters have said that they’re disappointed that IMPD has been using obsessive force and throwing tear gas during the peaceful protests over the weekend, but it’s not stopping them from demanding justice.

Protester Aaron Smith said, “It is definitely way long overdue. There’s been countless examples of people who have succumb to police brutality and violence. We’re sick of it. It’s time that we act real lasting change and that’s why we’re out here.”

Fourteen people were charged criminally with felonies after rioting Friday and Saturday in downtown Indianapolis, according to a news release issued Monday by Marion County Prosecutor Ryan Mears.

The 14 people were charged with burglary on allegations of illegally entering businesses and removing items. The charge is a felony punishable by up to six years in prison.

He also said he will not file charges against nonviolent protesters who were arrested on Friday and Saturday in downtown Indianapolis. The arrests were reviewed on a case-by-case basis, the office said in a news release. Charges were declined in 41 arrests from Friday and Saturday.

Marion County will be under curfew for the second night in a row.

Indianapolis Mayor Joe Hogsett announced a one-day extension of the curfew on Monday.

“I am proud of our residents, the vast majority of whom abided by Sunday night’s curfew order,” said Mayor Hogsett said in a statement. “My thanks go out to the men and women who helped keep Indianapolis peaceful overnight. Throughout our history, the most basic mechanism for systemic change has been the ballot box. At a time ripe with the potential to change our institutions and empower the will of the people, tomorrow presents a powerful opportunity for residents to make their voices heard through the exercise of their constitutional right to vote. Today I am reinstating the curfew order to ensure we can preserve and protect that right.”

Exceptions to the order:

Hogsett announced a curfew for Sunday night after rioting on Friday and Saturday nights.

WIBC, a newsgathering partner of WISH-TV, reported about 5:15 p.m. that two of the ramps were already closed: Exit 116 for I-65 southbound to King Drive, and I-65/70 collector exit to East Street.

Carmel’s mayor announced Monday the city plans to sue Minneapolis for negligence so the Hamilton County city can recover expenses for protecting itself as a result of police actions in Minnesota.

Then he backed down a few hours later.

Mayor James Brainard initially said in a news release, “but for the negligence of the police department in that city, many communities, including Carmel, would not have incurred the costs of responding to the resulting riots and looting.”

Brainard said in the initial release that the city has hired outside counsel for the case. He also asked other cities to join Carmel in its lawsuit.

“Those in power need to understand the far-reaching consequences of their actions,” Brainard said in the initial release.

Carmel Mayor James Brainard has decided to put his idea to sue Minneapolis on hold.

“After some additional consideration, I have decided to put on hold the idea of a lawsuit against the City of Minneapolis. I still feel that the Minneapolis Police Department was recklessly negligent, given the officer’s disciplinary history, in allowing him to remain in uniform patrolling the streets of Minneapolis. My intent was to send a message that their negligence cost many lives and millions in property damage across the country.

“America has a long history of correcting behavior though the legal system and I felt this would be another opportunity to do so.

“This is not about inflicting more pain to the good people of Minneapolis. It is about sending a message to its leaders and to leaders of across the U.S. that we will no longer tolerate the violence and damage that results from their inability or unwillingness to treat all people with respect.

Read the full story on WISHTV.com.

Whiteland police: no threats in town

Whiteland Police Department in Johnson County tweeted at 6:39 p.m., “At this time there is no threat to any resident or business in town. We ask that you please stop sharing false posts/pictures that have not been verified in anyway. They cause unnecessary panic to residents. Please follow this account for factual updates. Thank you.

Ball State University’s president, Geoffrey S. Mearns, said in a post on Facebook that he will “walk in solidarity” with students, faculty and staff, and friends and neighbors on Thursday evening.

“People all across our country and all around the world have expressed outrage at this most recent manifaestation of racial injustice. I share those sentiments, and I condemn the actions of the police officers who killed Mr. Floyd.”

Holcomb said peacefully protesting is noble and protected by the First Amendment.

“I hope the peacemakers continue to express themselves and not allow their message to be overwhelmed by the troublemakers seeking to administer pain on the innocent.”

Holcomb also said the time for discussions and town halls are over.

“We must harness, not squander the energy generated in the aftermath of the Floyd injustice by creating a to-do list and prescribe those action steps that address better health care access, affordable housing, educational opportunity, job training and placement, urban economic development, access to capital, and, yes, criminal justice reform as well as policing standards, and race relations for those disproportionately affected.”

The entire news conference from Gov. Holcomb is below. App users can go online to view it. 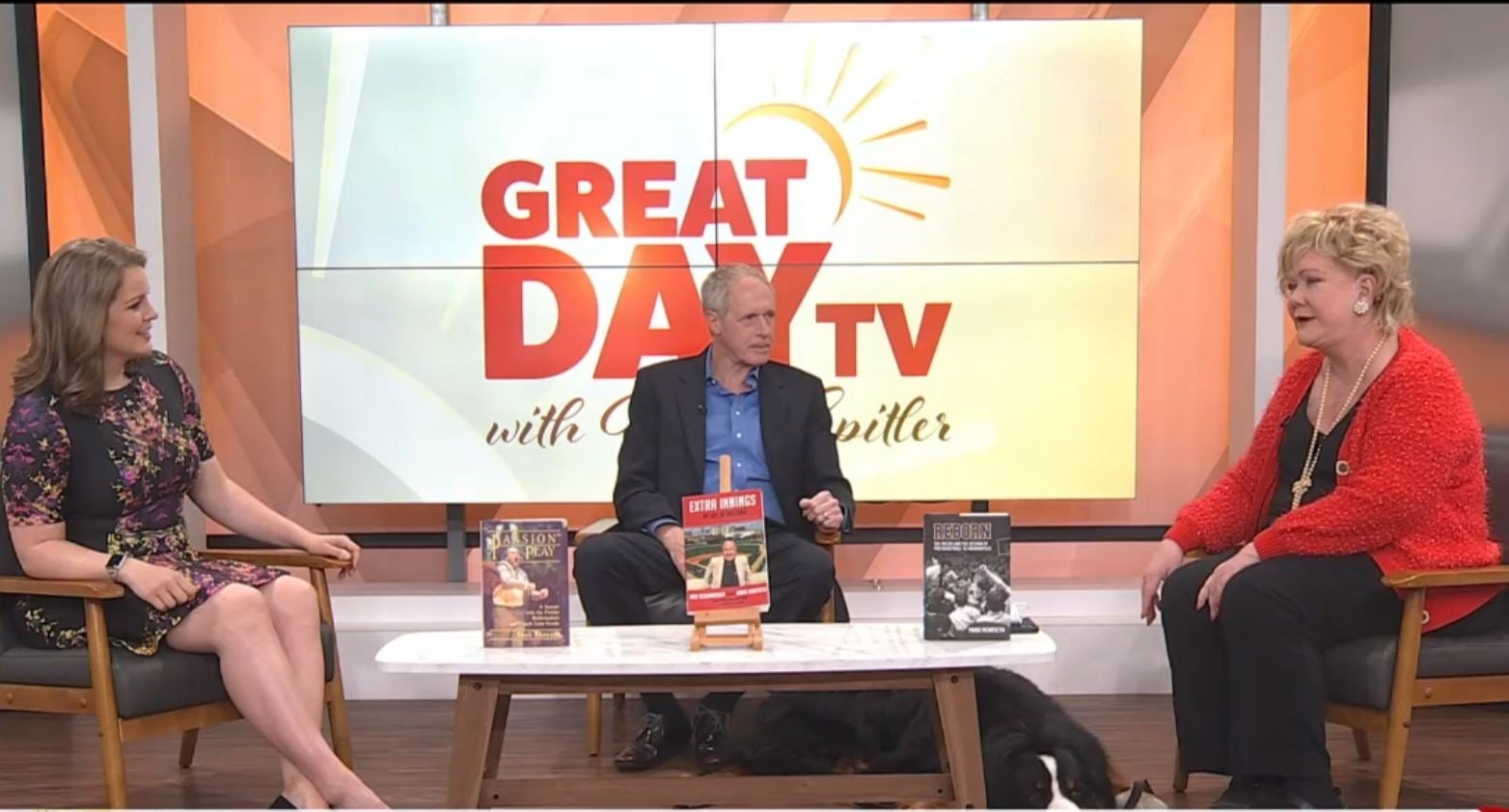