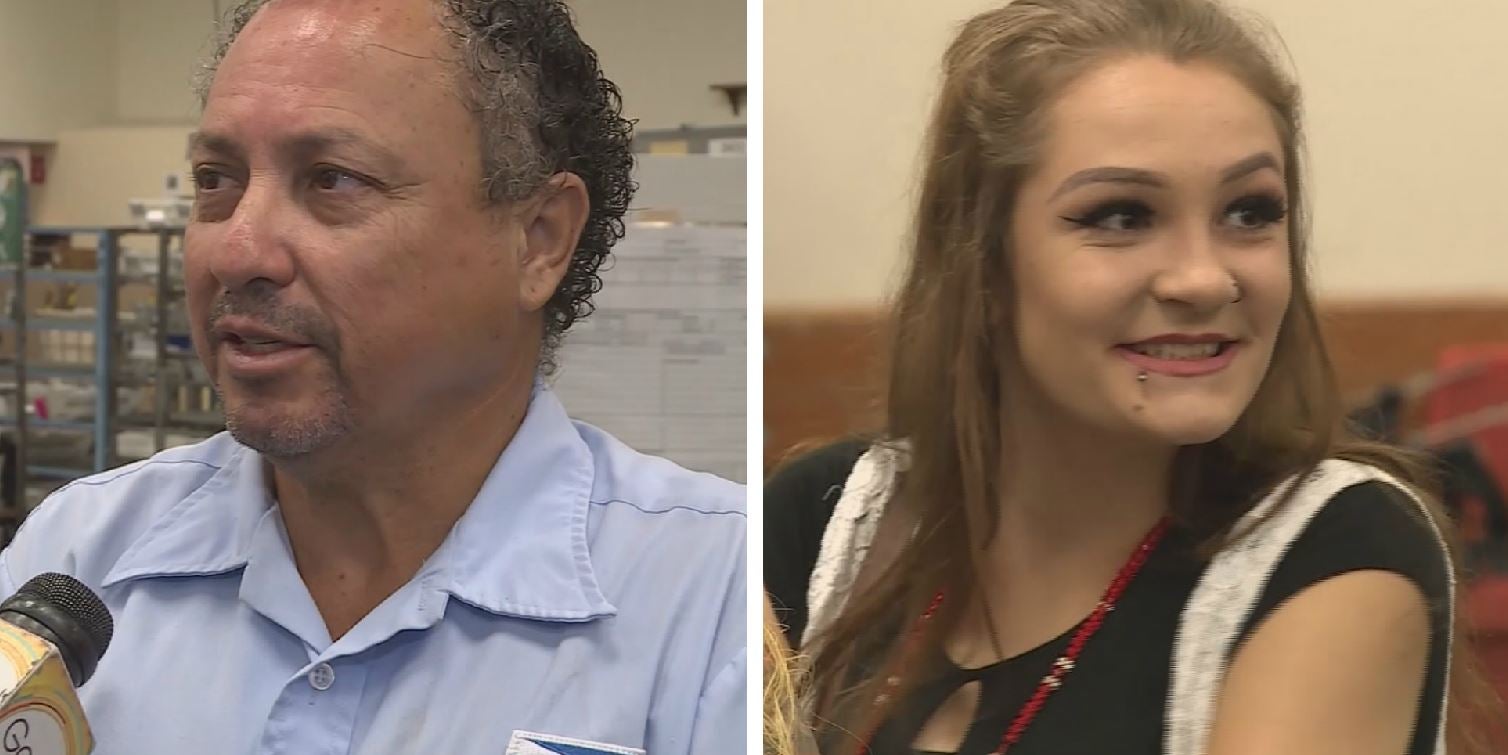 (CNN/KRON) — A 16-year-old girl in Sacramento is back home safe with her family after an unlikely hero saved her from sex trafficking.

“I was kidnaped, and held captive, and abused and stuff,” Crystal Allen said.

16-year-old Crystal says she might not be standing here today if it weren’t for the heroics of postal carrier Ivan Crisostomo.

“It was kinda like an adrenaline rush cause I felt like I was being saved,“ she said.

Crystal’s mother Stacey says her daughter was lured to Sacramento by someone she thought was  friend, then found herself trapped in a world of drugs and sex trafficking.

It was in the Oak Park neighborhood that Crystal says she saw her one opportunity to escape. She says she was in the car of her captors, when she heard them discussing a crime.

In a brave move, she jumped out of the car, grabbed one of their phones and ran for her life.

“I heard this crying when I came out of the vehicle, so I approached her and I asked her. She was afraid, she didn’t want to talk,” Crisostomo said.

With Ivan’s help Crystal was able to call her mom, even though she was terrified her captors would find her.

“Terror. She was frantic,” her mother Stacy Ohman said.

“I didn’t know what was going on. I couldn’t even understand her she was so upset and that’s when I told her she had to reach out to someone for safety and she gave the phone to Ivan and he instantly kicked into gear and told me that he would save my daughter,” she said.

Ivan  stayed with Crystal, even letting her sit in his postal truck until Sheriff’s Deputies arrived .

“That neighborhood she was found in is a notoriously high crime area. Lots of drugs, prostitution, gangs in that area. So Ivan standing by her really provided that safety and security until officers could arrive,” Deputy Latoya Buford of Sacramento Co Sheriff’s Dept. said.

“What Ivan did was wonderful. He stepped up where a lot of people would have just kept driving down the road. He made a huge positive impact in this young girl’s life,” Deputy David Cuneo said.
Ivan is just happy he was there to help.