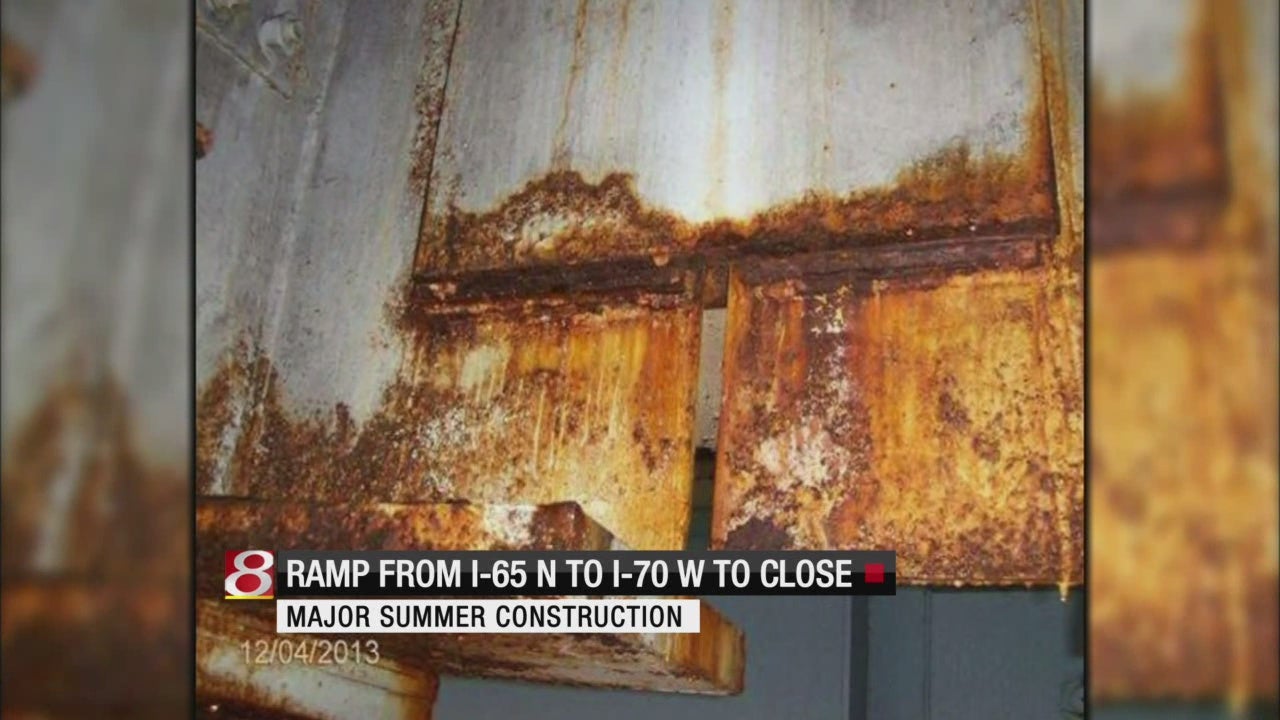 INDIANAPOLIS (WISH) – Construction will soon close the northbound I-65 ramp to westbound I-70 for approximately two months this summer.

A project to refurbish two 40-year-old bridges is expected to begin after Memorial Day and end before the end of July.

Northbound I-65 to westbound I-70 traffic will be detoured west on I-465 for the duration of the project.

INDOT said closing the ramp will speed up construction and provide a safer environment for workers and drivers.

I-65 and I-70 traffic should also expect overnight and weekend single-lane restrictions as crews work on the bridges.

INDOT expects traffic on city streets to increase, especially during the peak morning commute hours as many downtown drivers who would normally exit to Meridian or West streets may exit to Raymond, Morris, or Washington streets.

Morris and Prospect streets will be closed to vehicular traffic passing under I-65, but the streets and ramps to and from the interstate will remain open on each side of the bridge.

Pedestrian access under the bridge is expected to remain available most of the time, with some short-term restrictions during demolition.

To find out more about the project, how it may affect you, and to follow its progress, click here.