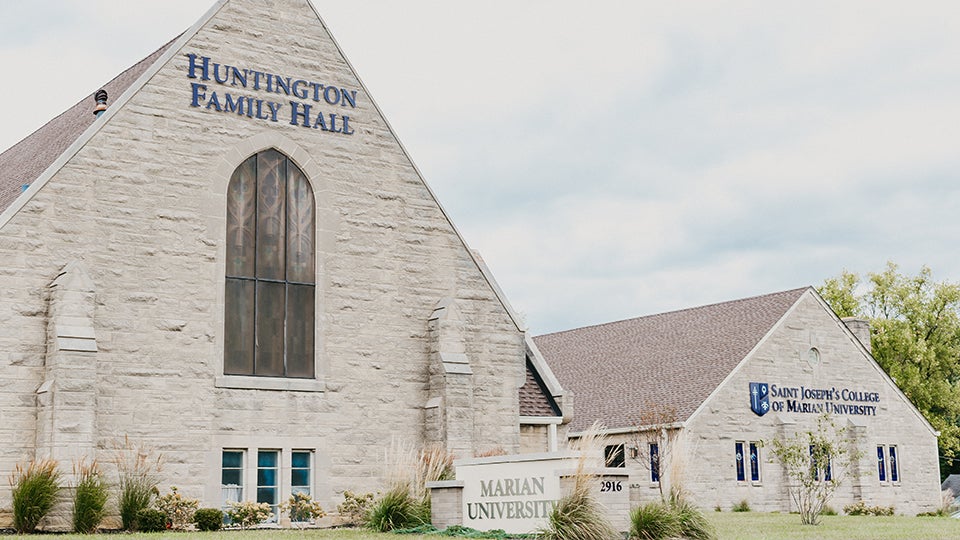 INDIANAPOLIS (Inside INdiana Business) — Marian University in Indianapolis has announced a major gift from a family of alumni.

The university says as a result of the estate gift from the Huntington family, owners of AAA Roofing in Indy, it will rename the home of Saint Joseph’s College of Marian University-Indianapolis to Huntington Family Hall.

A spokesman for the university says the undisclosed amount of the gift is in excess of $1 million.

The family made the gift in honor of Mary Ann Busemeyer Huntington, who graduated from what was then known as Marian College in 1957. Several members of the Huntington family have since graduated from Marian, including Mary Ann’s daughter-in-law, Jerilyn Huntington (1987), and grandson, Christopher Huntington (2015). Christopher’s father, Jim Huntington, also completed his degree at Marian’s Byrum School of Business in 2017 following a challenge from his son.

Marian President Dan Elsener announced the gift to a crowd of more than 1,600 during the university’s annual gala Friday evening in downtown Indianapolis.

“Marian University is eternally grateful to Mary Ann and the Huntington family, and proud to honor her legacy through the naming of Huntington Family Hall,” Elsener said in a news release. “Our alumni are leading Marian’s success; it’s because of, in large part, our alumni that we are achieving greatness. The Huntingtons are exemplary alumni and I can’t imagine a better time to honor them than at our gala on Homecoming weekend.”

Saint Joseph’s College of Marian University-Indianapolis, or Saint Joe Indy, is a two-year college that was first announced a year ago. The school offers associate’s degrees in liberal arts and business administration, as well as an information technology “plug-in.” Marian says the college requires students to attend classes just two-days-per week, allowing them to work the other three days.

The college is a partnership between Marian and Saint Joseph’s College in Rensselaer, which is continuing its efforts to rebuild after suspending operations in 2017 due to what was described as a “dire” financial situation.