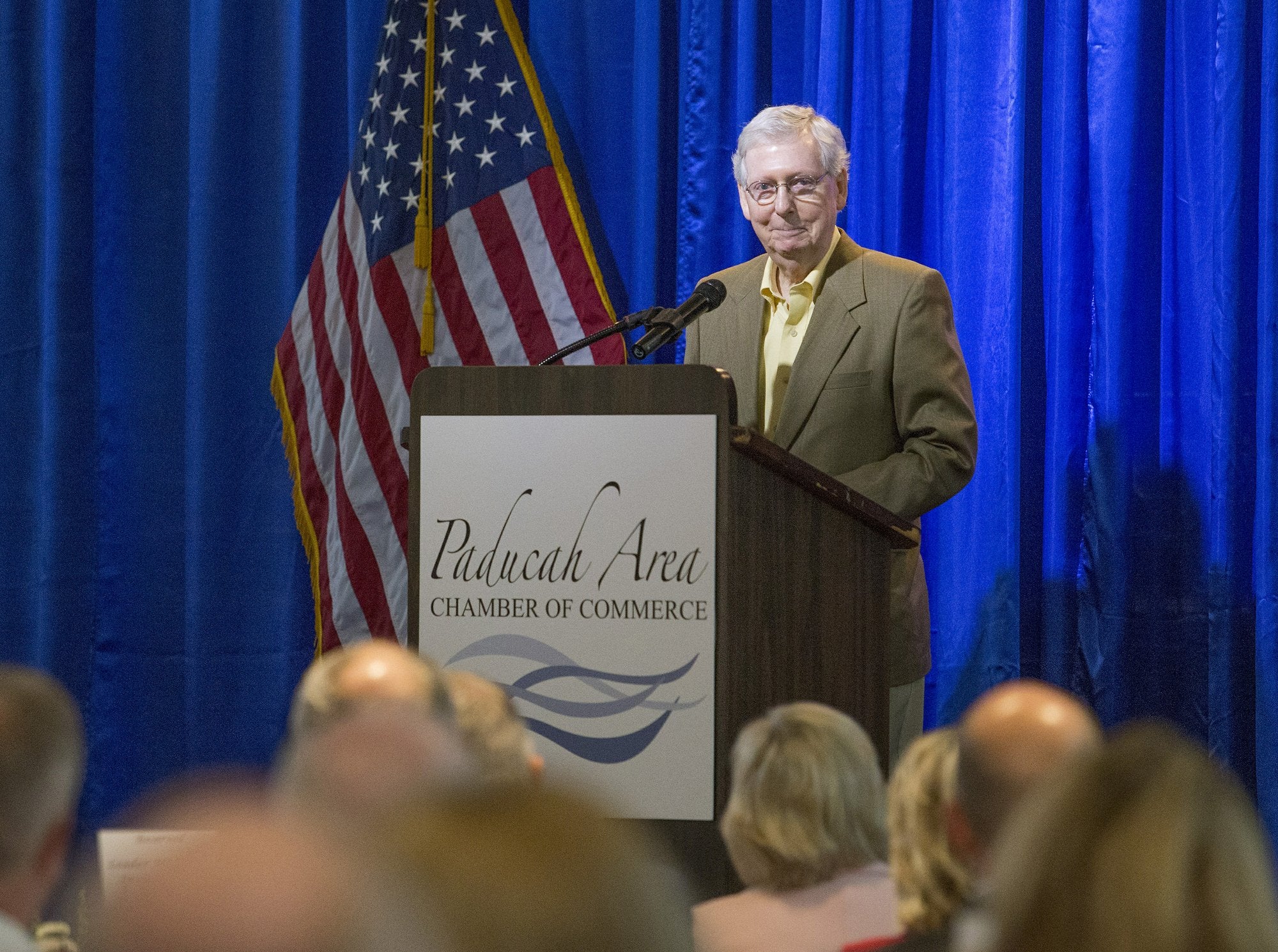 WASHINGTON (AP) — Top Senate Republican Mitch McConnell says that if a vacancy occurs on the Supreme Court during next year’s election cycle the chamber would likely confirm a GOP nominee selected by President Donald Trump.

In an appearance in Paducah Tuesday, McConnell told a questioner asking what would happen if a Supreme Court Justice died next year, creating a vacancy, “Oh, we’d fill it.”

Three years ago, during President Barack Obama’s term, McConnell orchestrated a blockade of Obama’s choice of Merrick Garland to fill a vacancy created with the sudden death of Justice Antonin Scalia. McConnell said then the choice should be left to voters in an election year.

McConnell’s change of heart is sure to draw attacks from Democrats still smarting from his success in cementing the high court’s conservative majority. Scalia’s vacancy went to conservative Neil Gorsuch while swing vote Anthony Kennedy was replaced by Justice Brett Kavanaugh in an acrimonious brawl last year.

McConnell spokesman David Popp said that the Kentucky Republican is being consistent since he took care in 2016 to say that vacancies occurring when the White House and Senate are held by different parties should be held up. The current situation involves the Senate and the White House being held by Republicans.

There is no announced vacancy and no justice has made moves indicating they’re about to go, but there’s internet chatter that GOP Justice Clarence Thomas, the current court’s longest serving justice, would consider retirement if his seat could be filled by a Trump-named younger conservative.