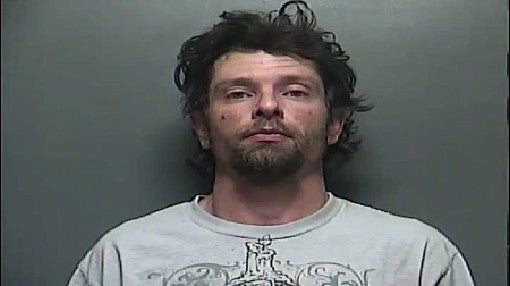 MCCORDSVILLE, Ind (WISH) — A mail carrier was arrested after being accused of stealing mail that had monetary value in McCordsville, Ind.

Police said this is not the only crime he is suspected of committing.

According to court documents, a woman complained of suspicious activity but when police arrived to the scene of the complaint, no one was there, However, Teeter left evidence behind.

“Our night shift officers located four plastic bins that appeared to have undelivered mail in them that was also forwarded to postal inspectors,” said Chief Harold Rodgers of McCordsville Police.

A man complained that a greeting card he had mailed to his son in McCordsville, never reached its final destination. The envelope had two $100 gift cards inside; one for Lowes and one for Home Depot.

Teeter was allegedly caught on tape using both cards. His neighbor, Chris Ritter, questions if he has been a victim.

“If I have gift cards on the way, I’d like to use them. How about you? I mean honestly,” said Ritter.

Neighbors are now watching their mailboxes a little closer.

“It makes you want to pay a little more attention to your mail,” said Ritter.

Teeter pleaded not guilty to the charges, which include a felony theft charge, an official misconduct charge and several misdemeanor charges.

He was booked in the Hancock County jail on a $2,000 bond and his court appearance is set for May 27.