Coronavirus: Which countries have travel bans? 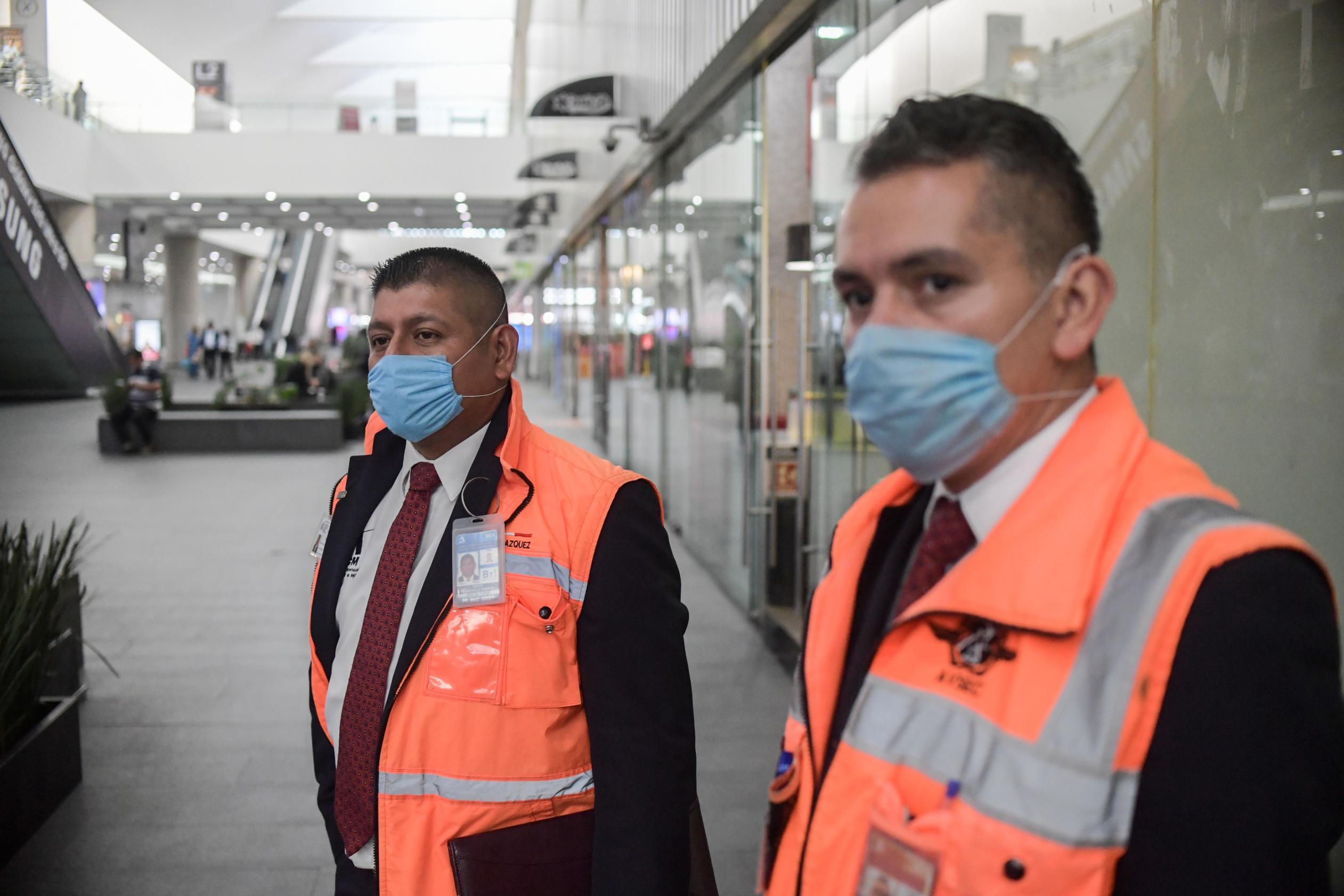 (CNN) — The United States is suspending travel into the US from 28 European countries, now including the UK and Ireland, in a bid to halt the spread of novel coronavirus.

With the World Health Organization declaring the coronavirus outbreak a pandemic on Wednesday, countries around the world have been revising their entry policies.

Below are the restrictions in place at some key destinations as of 5 p.m. Saturday.

On Saturday, U.S. Vice President Mike Pence announced that travel from the U.K. and Ireland will be suspended starting Monday night.

Trump said Wednesday that there would be “exemptions for Americans who have undergone appropriate screenings.”

Later, guidance issued from the Department of Homeland Security clarified the ban did not apply to American citizens or their family members.

The U.S. already has other restrictions in place.

Passengers who’ve been in China and Iran in the last 14 days will not be allowed to enter.

U.S. citizens who’ve been in China in the past 14 days can enter the US, but will be directed via one 11 airports where they’ll undergo health screening. The airports include Atlanta, Chicago, Dallas, Detroit, Honolulu, Los Angeles, New York (JFK or EWR), San Francisco, Seattle and Washington.

Despite speculation on Thursday that, following the move by the United States, Australia would follow suit and widen its travel restrictions to Europe, it wasn’t the case.

Passengers who have transited through or been in China in the last 14 days are not allowed to enter or transit through Australia. This does not apply to airline crew, Australian nationals and their immediate family members, or New Zealand nationals resident in Australia.

Passengers who have been in Iran, South Korea or Italy this month are not allowed to enter Australia for 14 days, from the time they exited those respective countries.

This does not apply to Australian nationals, permanent Australian residents, or their immediate family members, who are instead required to self-isolate for 14 days.

Austria has introduced border checks and placed a ban on all arrivals from Italy, China’s Hubei Province, Iran and South Korea, with the exception of those with a medical certificate no more than four days old that confirms they are not affected by coronavirus.

However, travel through Austria is possible, as long as no stops are made in the country.

Cambodia is imposing a ban on foreign nationals arriving from Italy, Germany, Spain, France and the US for 30 days. The ban will take effect on March 17, the Prime Ministers’ office said in a Twitter post.

On Wednesday, Beijing announced a 14-day mandatory quarantine on all international travelers arriving in the Chinese capital.

Meanwhile, international business travelers will be required to stay at a select number of designated hotels in Beijing where they will be tested for the virus. They will not be allowed to leave until their test results have been returned.

Countrywide, passengers arriving from Iran, Italy, Japan or Korea and traveling to Beijing, Guangzhou, or Shanghai are subject to quarantine for 14 days.

Passengers arriving from China, France, Italy or Spain are required fill in a health registration form on arrival and self-isolate for 14 days.

President Ivan Duque also announced on Twitter that the country will close its border with Venezuela on March 14.

Apart from Croatian nationals, passengers and airline crew who have been in China’s Hubei Province, Germany’s Heinsberg County, Iran, Italy, or South Korea’s Daegu City and Cheongdo province in the past 14 days will be placed in quarantine for 14 days. Nationals will be required to self-isolate.

Other than Croatian nationals, passengers and airline crew who have been in all other regions of China and South Korea, Hong Kong, Japan and Singapore will be required to self-isolate for 14 days.

On Thursday, the Czech Republic declared a 30-day state of emergency and barred entry to non-residents from coronavirus-affected countries, as well as partially closing its borders. Outbound travel to high-risk countries is also banned.

A border closure will be in effect in Denmark from March 14 until April 13. Danish citizens and those transporting goods will still be able to enter the country.

Prime Minister Mette Frederiksen announced the measures, saying: “We are in uncharted territory. We are doing something we’ve not done before.’ Adding ‘I’m sure we’ll get through this together.”

Greece’s Prime Minister Kyriakos Mitsotakis announced on Twitter on March 1 that the country wouldn’t be accepting any new asylum applications for at least one month due to the coronavirus outbreak. This move was to “increase the level of deterrence” at the country’s borders “to the maximum.”

Passengers who have been in or through South Korea or China’s Hubei Province in the past 14 days are not allowed to enter Hong Kong, and neither are Chinese nationals with a passport issued in Hubei.

Hong Kong nationals and residents are exempt. Instead, they face a 14-day mandatory quarantine.

Passengers arriving from or having been in China, Iran or Italy’s Emilia-Romagna, Lombardy and Veneto regions in the past 14 days are subject to the quarantine.

Starting March 14, this will be extended to passengers who’ve been in France (Bourgogne-Franche-Comte and Grand Est), Germany (North Rhine-Westphalia), Italy, Japan (Hokkaido) or Spain (La Rioja, Madrid and Pais Vasco).

Passengers who have been in China, Iran or Italy’s Emilia-Romagna, Lombardy and Veneto regions are not allowed to enter if their permitted stay in Hong Kong is less than 14 days. Hong Kong passport-holders are exempt.

Iran nationals, other than airline crew, are not allowed to enter the country.

India is now suspending all tourist visas and enforcing a 14-day quarantine on all travelers, including returning Indian nationals, arriving from or having visited China, France, Germany, Iran, Italy, South Korea and Spain.

Apart from Indonesian nationals and residents, passengers and airline crew who have been in China, or affected regions of Italy, South Korea and Iran in the past 14 days are not allowed to enter or transit through Indonesia.

Japan is banning entry on passengers who have been in affected regions of China, South Korea or Italy within the last 14 days. Japanese nationals are exempt, as are their spouses and children, if the relations are verified.

Jordan’d Prime Minister Omar al Razaz on Saturday announced the suspension of all air travel of incoming and outgoing into the kingdom starting March 17 until further notice with the exception of air cargo.

Razaz announced the closure of all the land, sea and air borders to travelers except the members of diplomatic missions and international organizations who will be exempt as long as they abide by the Ministry of Health stipulations for on the 14 days of self-quarantine.

The Macau government has introduced several measures including denying entry to visitor who have been to China’s Hubei province within the past two weeks, unless they can provide a medical certificate stating they have not been infected with coronavirus.

Travelers who have visited South Korea, Italy or Iran in the 14 days prior to their arrival are required to undertake a 14-day medical observation at a designated venue.

Those who’ve traveled to Germany, France, Spain and Japan within 14 days of arriving will need to submit to a medical examination as well as a 14-day medical observation at a designated venue.

Residents of Macau currently in any of the affected areas will be requested to self isolate for two weeks upon their return.

Malaysia has imposed a ban on travelers from affected areas of China, Korea, Japan, Iran, Italy and Denmark. In addition, all Malaysians returning from any of these countries are required to self-quarantine at home for 14 days.

New Zealand Prime Minister Jacinda Ardern announced March 14 that all travelers entering the country will be required to “self-isolate” for 14 days.

The new measures go into effect at midnight March 15 local time and apply to nearly every traveler, regardless of nationality, including New Zealand citizens and residents.

The only exemptions are the Pacific Islands — but travelers from there will also need to self-isolate if they show symptoms.

The measures will be reviewed in 16 days, she added.

Anyone traveling to Norway from outside the Nordic region must self-isolate for two weeks, according to the Norwegian Health Directorate. The restrictions put in place March 12 are scheduled to last until March 26.

Starting March 16, Peru is temporarily suspending flights from and to Europe and Asia for a 30-day period.

Nationals of China, Hong Kong, Macau, Iran and Italy are now allowed in Russia, but exemptions are made for airline crew and foreign nationals resident in Russia.

Passengers who have been in China, France, Germany, South Korea or Spain and are planning to stay in Moscow must report themselves to the authorities by phone and stay self-isolated for 14 days.

Umrah pilgrimages to Mecca and Medina are also under a temporary ban, unless the pilgrims are nationals of Bahrain, Kuwait, Oman, Qatar and United Arab Emirates who have obtained permits.

A state of emergency has already been declared in Spain and strict lockdown policies including restrictions on travel in and out of the country are expected.

On Saturday at least five Spain-bound airplanes belonging to low-cost carrier Jet2 turned back to the UK mid-air. The company said it was acting in response to measures introduced by the Spanish government.

The Sri Lankan government announced Thursday a cancellation of visas on arrival, but it has not yet been confirmed when this will be put in force. Passengers arriving from Italy, Iran and South Korea will be quarantined for 14 days.

Visitors who have been in China’s Hubei Province in the past 14 days, and passport holders from that region, are not permitted entry.

Korean visas issued by the Wuhan Consulate in the Hubei Province are invalidated, as are visas issued to nationals of Japan (at Korean Diplomatic Missions in Japan) before March 9, 2020. This does not apply to airline crew.

Under the new measures, travelers must apply for visas in advance and present a medical certificate proving they are free of coronavirus.

Turkey has halted travel to and from nine European countries: Germany, Spain, France, Austria, Norway, Denmark, Sweden, Belgium and the Netherlands. Nationals of those countries are not allowed to enter the country.

Passengers who have transited through or been in Austria, Belgium, China, Denmark, France, Germany, Iran, Iraq, Italy, Netherlands, Norway, Spain, South Korea or Sweden in the past 14 days are not allowed to enter or transit through Turkey.

Turkish nationals and residents are exempt.

Travelers who have been in the 26 European countries in the Schengen Area, plus the UK, within the past 14 days will not be permitted to enter or transit through Vietnam.

Visas upon arrival will also no longer be issued for all foreign nationals, according to a government statement issued Saturday.

The travel restrictions come into effect at midnight Sunday local time, and will last 30 days.