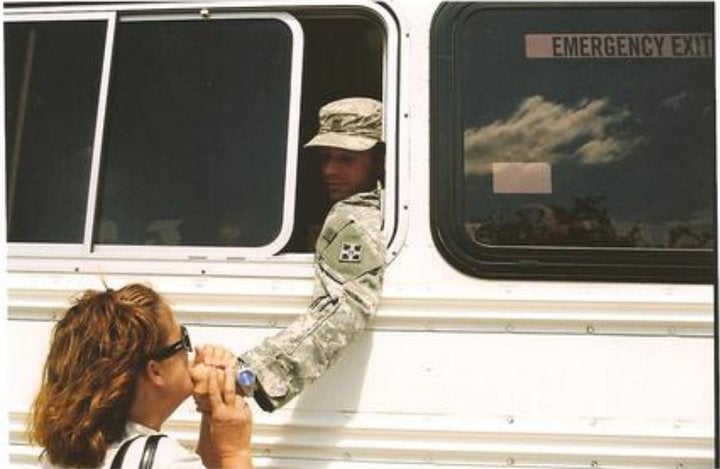 INDIANAPOLIS (WISH) – As we honor our fallen heroes, 24-Hour News 8 also wants to honor their mothers. Gold Star Mothers is an organization made up of mothers who have lost a child in service to our country.

Becky Johnson is a Gold Star mother living in Indianapolis.

Almost every inch of Johnson’s home is decorated with her son’s accomplishments. Some of them big, like his medals and certificates from his time in the Army, but to Johnson, no accomplishment is small. She still displays her son’s trophies from elementary academic and music competitions. The mementos each represent a memory. She treasures all the memories of her son – even the painful ones.

“When he came to me and told me he had joined the Army, I immediately thought, ‘Oh my Gosh. What have you done?’ We’re in a war,’” said Johnson.

Her son, Gary Lee Woods Junior enlisted in the Army in 2003. Johnson said he had been laid off from two jobs, and believed it was the best way to eventually get to college and study music.

“At some point in time, he had changed from being my little boy…to one heck of a man,” said Johnson.

It wasn’t long, before Woods was in Iraq. Johnson remembers the sleepless nights full of worry.

“Every time the phone rang, I jumped…you know?,” said Johnson.

A few months later, Woods was back in the United States. Johnson was there to welcome him home. But all too soon, his second deployment rolled around.

“He had already returned from one [deployment], and he had promised he’d return from this one…you as a mother — you get a little confidence after that first one,” said Johnson.

Woods kept that promise and returned home safely. Johnson refused to see her son off on his first two deployments. She’d visit him the week before, and go back home a few days before Woods went overseas. She couldn’t bring herself to watch him leave.

“I found that it was easier for me to walk away from him, you know — I thought ‘I don’t think I could see him standing there, and watch him walk away’,” said Johnson.

They’d keep in touch with quick calls or video messages. Johnson showed us a video Woods sent her in December of 2008.

“I just wanted to wish all my family a Merry Christmas and happy holidays, I hope to see you all soon,” said Woods.

Johnson still doesn’t know why, but she was there to say goodbye on Woods’ third deployment.

Someone snapped a photo of their tender goodbye. She has hundreds of photos of her son, but that picture is now her most precious.

“That’s the picture. That is the last time I got to touch my son,” said Johnson.

A suicide bomber killed Woods and four other soldiers on April 10, 2009. Now, she clings to the missed calls that turned out to be a blessing. Johnson pieced together bits of the messages her son left on her answering machine while he was overseas. A stuffed bear now plays the recording.

“Hey Mom, just thought I’d leave you a little message so you can hear my voice while I’m gone. I love and miss you,” said Woods in the recording.

After his death, letters poured in from generals, politicians and strangers. Johnson displays them in frames or in a photo album. She also keeps in touch with Woods’ friends, and the families of the other soldiers who died with him.

“It’s a family that you never want to join, but you’re so happy to have them around,” said Johnson.

Mostly, Johnson leans on other mothers who have earned the gold star.

“To know that you’re in in a room full of people that know exactly how you feel, and have been where you’ve been.. there’s something to say about that….It’s like a lifeline,” said Johnson.

Johnson said the Gold Star Mothers organization has been a support system since her son’s death.

“There are literally so many of us, that we say we’re sisters,” said Johnson.

The Gold Star Mothers in Indianapolis host regular meetings, and talk about ways they can help other military families. They’re now planning a Gold Star memorial for downtown Indianapolis.

Johnson is taking on a special project of her own. She’s renovating her son’s old house in Colorado, to rent to veterans. She said she plans to use the money she makes to start a scholarship in her son’s name.

Johnson has one request for everyone reading or watching, on behalf of all Gold Star Mothers.

She asked that everyone talk about her son, and the other military members who have died in service. Johnson said the Gold Star mothers will never forget their children, but they need to know everyone else will also remember their children lived.