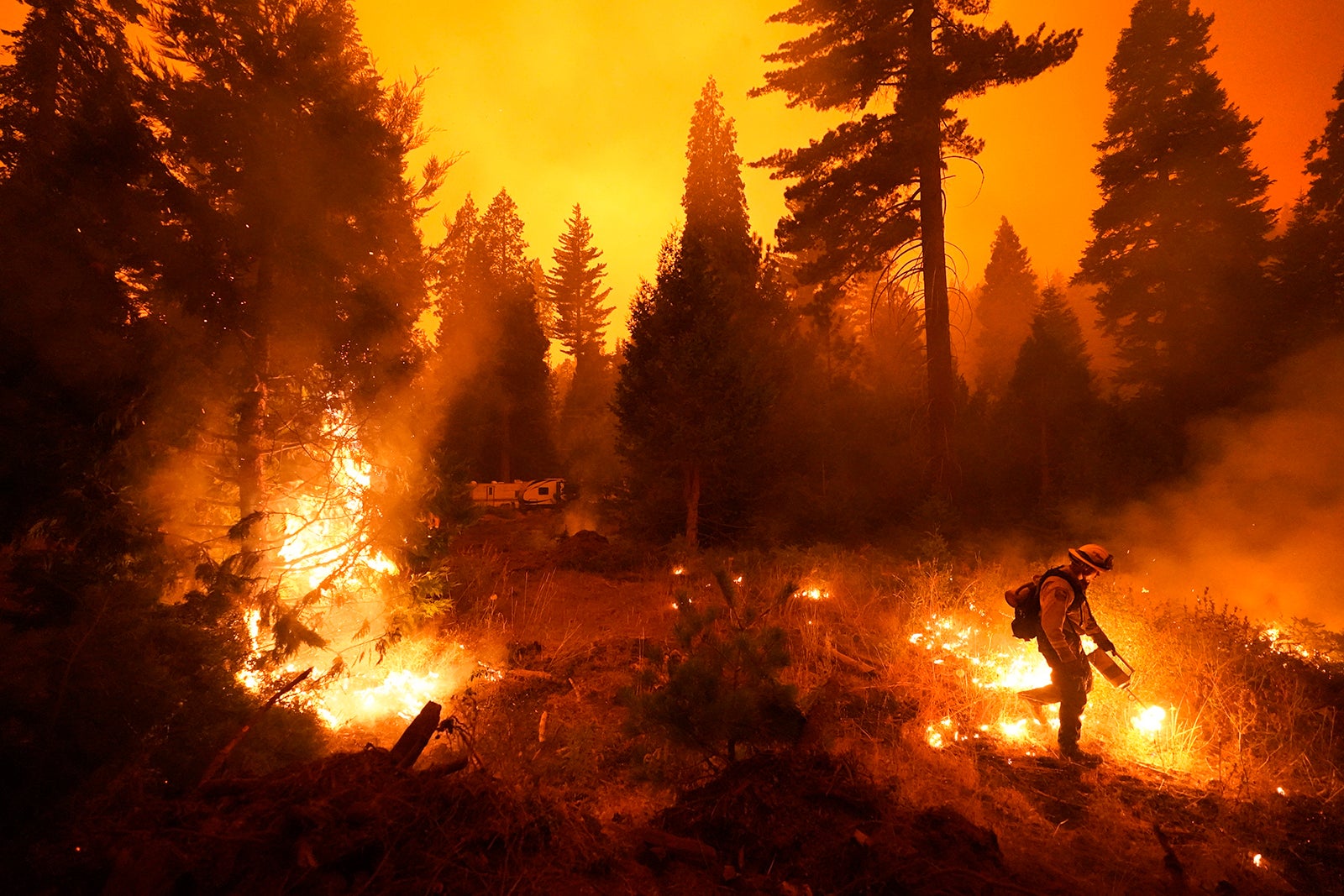 The state of emergency applies to Fresno, Madera and Mariposa counties where the Creek Fire is burning and San Bernardino and San Diego counties where the El Dorado Fire and Valley Fire, respectively, are raging, a statement from the state’s Office of Emergency Services (Cal OES) said Sunday night.

Tens of thousands of acres have been burned by the three fires, which have also destroyed homes and caused thousands of residents to evacuate, according to the Cal OES statement.

Dangerous flames fueled by high temperatures and dry conditions resulted in a massive airlift operation that rescued dozens of people on Saturday night. They had been celebrating the holiday weekend in Mammoth Pool Reservoir when a wall of flames from the Creek Fire closed roads in Maderas County, trapping them.

More than 200 people were airlifted from the campsite by a Chinook and Blackhawk Helicopter, Cpl. David Hall of the California National Guard said during a news conference Sunday.

The rescue operation began late Saturday and was completed around 1:30 a.m. on Sunday, he said. Rescue crews decided to load as many people on board as possible on the second run to the campsite as weather conditions deteriorated.

“On that second round — when it was more important to get everybody out — it was important that they brought everybody on, secured what they could and then everybody else ended up taking a seat on the floor,” he said. “We do not like to operate this way but because of the circumstances of this being an urgent situation threatening life, the pilots and command made a smart decision by asking them to get on the helicopter and loading as many as they could on that lift.”

The fires have burned thousands of acres

The Creek Fire in the Sierra Nevada Mountains has burned 45,500 acres and remains at 0% containment as of early Monday morning, according to the Cal Fire website. The fire started on Friday night, northeast of Shaver Lake and the cause is still under investigation.

The Valley Fire in San Diego County, southeast of Alpine, has burned 9,850 acres since it began Saturday and is at 1% containment, Cal Fire San Diego said in a tweet late Sunday night. Eleven structures have been destroyed in the fire and evacuations have been ordered in the area.

In San Bernardino County, the El Dorado Fire — which started during a gender reveal using a pyrotechnic device — has scorched 7,050 acres and is at 5% containment.

Records broken throughout the state

This wildfire year is the worst in California’s history in terms of acres burned. The state broke its record for land scorched statewide Sunday, with 2,094,955 acres burned, Cal Fire Capt.Richard Cordova told CNN.

“This is crazy. We haven’t even got into the October and November fire season and we’ve broken the all-time record,” Cordova said.

“It concerns us because we need to get these firefighters off these lines and get them breaks from battling these wildfires,” he added.

A national fire potential outlook for the months of September and October issued by the National Interagency Fire Center (NIFC) last week predicted a dramatic increase in fire activity across the West based on weather patterns. The report said several multi-day heat and lightning events coupled with wind primed and ignited fuels that had become critically dry in California.

At least 10 heat records were slashed this weekend, according to an alert from the National Weather Service.

It was the hottest it’s been in more than half a century, with seven other records set in the 1950s beaten Sunday in various parts of the state, the alert said.