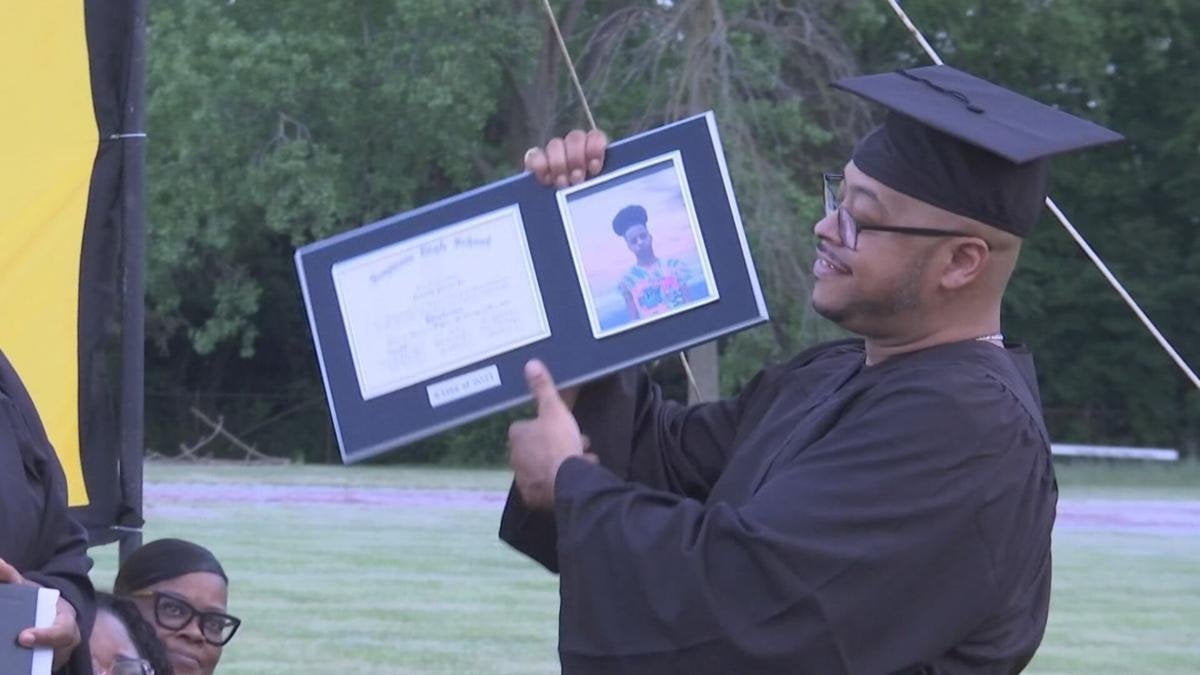 SAGINAW, Michigan (WNEM) — Family and friends of the late Donald Perry Jr. gathered around his gravesite on June June 3, remembering the young man on what would’ve been his high school graduation day.

“It’s a bitter but sweet thing, I hate that he’s not able to be here,” said Donald Perry Sr.

Perry was killed in a car accident last November, he was only 17-years-old. Mourners released balloons at the Forest Lawn Cemetery in honor of the Saginaw High School senior.

“They called him Mr. Perfect because a lot of them really admired him because he was a humble person really and he had a great smile on his face all the time,” said LaTosha Perry, Donald Perry Jr.’s mother.

An emotional moment at the commencement ceremony, as Donald Sr. accepted his son’s diploma on his behalf, making the night even more special for the Perry family.

“I thank Saginaw High School for allowing me to do that it’s a privilege and an honor and I really appreciate it,” Donald Perry Jr. said before his passing.

The Perry family says the graduation ceremony should’ve been the beginning of their son’s promising future. They say Donald Jr. planned to go to college and major in electrical engineering with a minor in real estate.