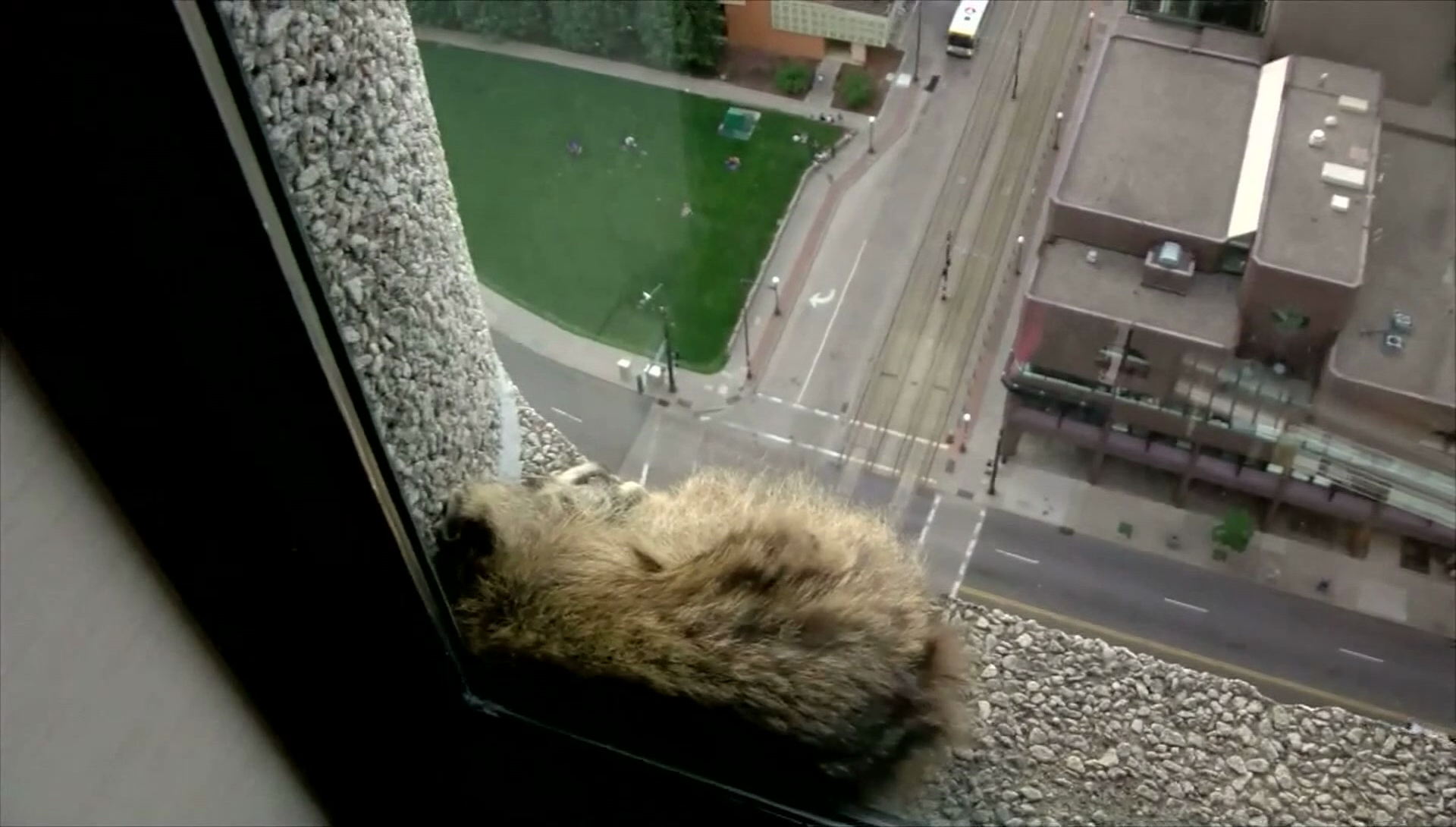 ST. PAUL, Minn. (WATE) — Climbing high above the city of St. Paul, Minnesota, a masked hero enthralled a city and captured the hearts of its residents.

It just happens to be that this hero has paws and a tail. And is a raccoon.

On Monday, a raccoon was spotted resting outside a building in downtown St. Paul. After maintenance workers tried to rescue the little feller, it climbed up a nearby office tower.

People gathered in the streets below and watched with binoculars as the raccoon climbed more than 20 stories up the side of the UBS bank building, where it hunkered down in the window of a law office 23 floors above the city.

After taking a break Tuesday evening, the raccoon made its way all the way to the top of the building early Wednesday morning, where it was captured in a live trap, lured by cat food.

A Twin Cities-based graphic designer even created a drawing of the raccoon scampering up the building.