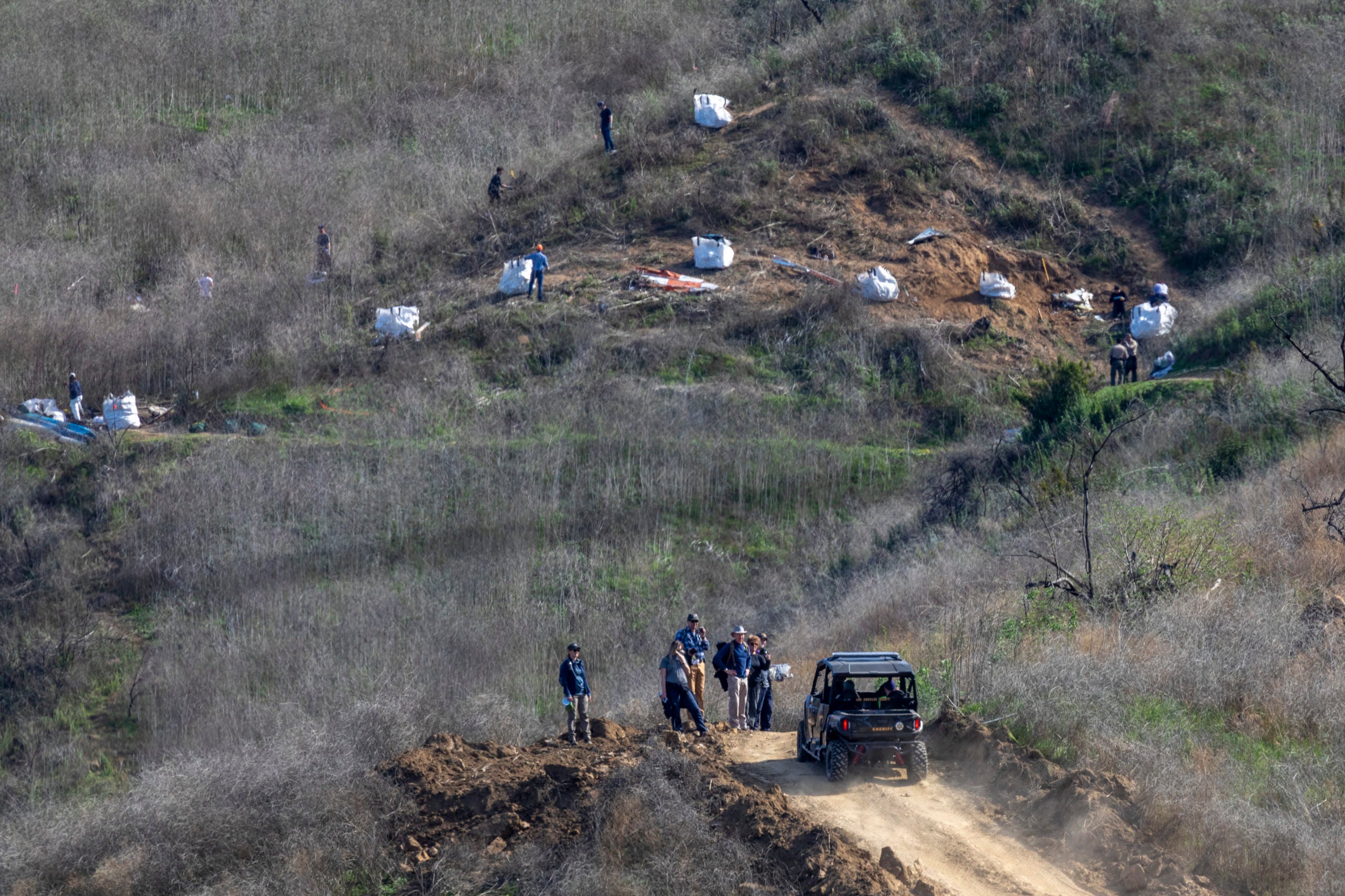 CALABASAS, CA - JANUARY 28: Investigators work at the scene of the helicopter crash, where former NBA star Kobe Bryant and his 13-year-old daughter Gianna died, on January 28, 2020 in Calabasas, California. Kobe and "Gigi" were among nine people were perished in the crash as they were flying to his Mamba Sports Academy in Thousand Oaks, where he was going to coach her in a tournament game. (Photo by David McNew/Getty Images)
by: Associated Press
Posted: Mar 2, 2020 / 11:18 PM EST / Updated: Mar 2, 2020 / 11:18 PM EST

“That was my No. 1 priority, was to make sure those photos no longer exist,” Villanueva told NBC News for a story Monday. “We identified the deputies involved, they came to the station on their own and had admitted they had taken them and they had deleted them. And we’re content that those involved did that.”

The sheriff said he learned the week of the crash that as many as eight deputies may have been involved.

“We’ve communicated in no uncertain terms that the behavior is inexcusable,” Villanueva said. “I mean, people are grieving for the loss of their loved ones. To have that on top of what they’ve already gone through is unconscionable.”

Villanueva said the Sheriff’s Department doesn’t have a specific policy about taking photographs on personal cellphones. But he plans to change that situation and would like to see a state law making it illegal to take unauthorized photos of accident scenes depicting dead bodies.

Villanueva told KABC-TV that the deputies are facing an investigation and possible disciplinary action. He wouldn’t specify the kind of actions they might face.

The Sheriff’s Department has a policy against taking and sharing crime scene photos, but it doesn’t apply to accident scenes, the sheriff told KCBS-TV.

Bryant, his daughter and seven others died on Jan. 26 when their helicopter crashed into a hillside in Calabasas, northwest of Los Angeles, during cloudy weather. The victims were traveling to a youth basketball tournament at Bryant’s sports facility in Thousand Oaks.

The crash remains under investigation by the National Transportation Safety Board.

The Los Angeles Times reported last week that a public safety source with knowledge of the events had seen one of the photos on the phone of another official in a setting that was not related to the investigation of the crash. He said the photos showed the scene and victims’ remains.

Only the county coroner’s office and the NTSB were authorized to take photographs of the crash scene. After dealing with grieving family members, “it’s just a sense of betrayal” to learn that other photos were taken, the sheriff told KABC-TV, describing it as “a punch to the gut.”

Villanueva told KABC-TV that he has apologized to the families.