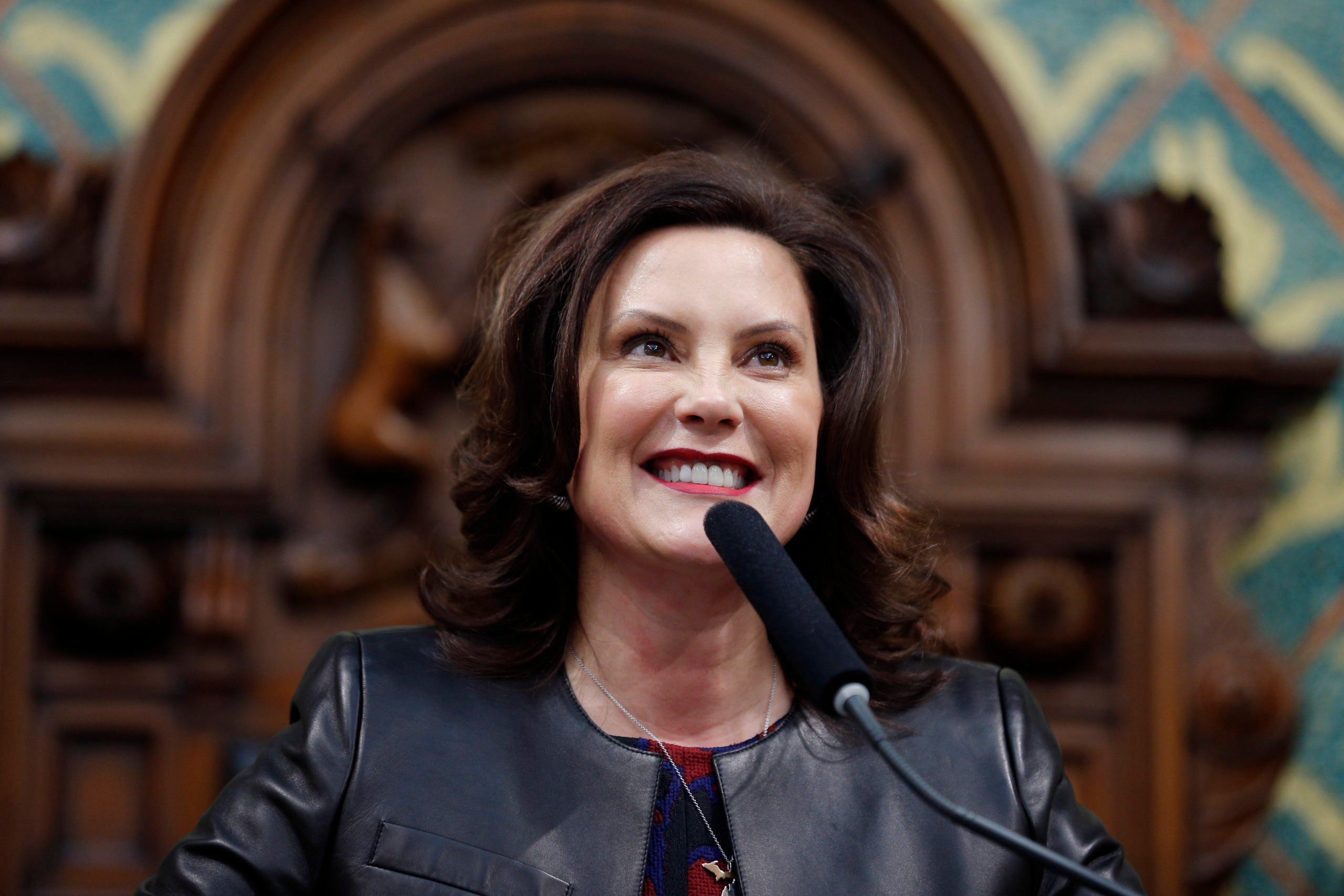 LANSING, Mich. (AP) — Democrats are putting Gov. Gretchen Whitmer of Michigan on the national stage Tuesday to rebut President Donald Trump, elevating a fresh face and casting an election-year spotlight on a swing state in the Midwest as the party looks to win back states Trump narrowly captured.

The 48-year-old’s ascendance comes as Democrats hope to solidify gains with female voters and as two men in their late 70s, former Vice President Joe Biden and Vermont Sen. Bernie Sanders, lead national primary polls. Her selection has led to increased speculation that she could be a running mate pick, though she said she is not interested.

Whitmer, who rarely mentions Trump, has advised Democratic presidential candidates that Michigan voters are less focused on his Twitter feed than on the “fundamentals” such as fixing deteriorating roads and helping train people for better-paying jobs. She will return to that theme in her 10-minute response to Trump’s State of the Union address.

“These are the fundamentals that people in America are concerned about,” Whitmer told The Associated Press, adding that House Speaker Nancy Pelosi “thought I would have a message that would resonate.”

“Not only did she win the governorship by a wide margin in a key battleground state we lost in 2016 and need to win in 2020, but she is a strong moderate female voice — the perfect contrast to President Trump,” she said.

In high school, Whitmer wanted to be an ESPN broadcaster but switched course after an internship at the state Capitol while attending nearby Michigan State University. She went to law school and, after working as an attorney, won a House seat in East Lansing.

Whitmer said she will talk about that “incredibly hard time” because it shaped her more than any other. She was caring for her mom, who died months after Whitmer gave birth to the first of two daughters. She also was serving as a freshman lawmaker and battling a health insurer over covering her mother’s chemotherapy.

She was an outspoken advocate for women before the 2017 Women’s Marches and #MeToo era, publicly disclosing during a 2013 legislative debate on health insurance coverage for abortions that she had been raped in college.

After leaving the Legislature due to term limits, Whitmer was appointed to temporarily lead the local prosecutor’s office. She launched her campaign for governor days after the stint ended.

She ran as a pragmatic liberal “fighter,” emphasizing her bipartisan work to expand Medicaid. Her primary opponents — including one endorsed by Sanders — criticized her for not backing “Medicare for All.” She more recently said she supports it “in concept.”

Her dad led a state department under a moderate Republican governor before later leading the large health insurer Blue Cross Blue Shield of Michigan. Her mom, a Democrat, was an assistant state attorney general.

“I think she has some strength in the middle,” said Dan Loepp, a friend of Whitmer’s who first met her more than 25 years ago when he was a top legislative aide and she was a staffer. Now the president and CEO of Blue Cross Blue Shield — following Whitmer’s father — Loepp called Whitmer a “reasonable progressive” — someone whom national Democratic leaders that he knows see as articulate, smart and deliberate.

She won all 83 counties in the primary. Her nearly 10-percentage point victory over Trump-backed Republican Bill Schuette in the general election was the largest for a non-incumbent Democratic gubernatorial nominee in MIchigan in 86 years.

Michigan’s independent voters were more likely to support Whitmer than Schuette, 53% to 36%, according to AP VoteCast, a survey of the American electorate conducted by NORC at the University of Chicago for the AP. Ten percent of Republican voters backed Whitmer, more than the 2% of Democratic voters who supported Schuette. The Kaiser Family Foundation and Cook Political Report’s fall survey said 59% of Michigan’s registered voters approved of the job Whitmer was doing, while 39% disapproved.

Multiple political strategists said Whitmer could climb vice presidential lists given Michigan’s importance, her ability to communicate on TV and social media, and her Midwestern background. Whitmer told the AP she is not seeking the job.

“I have never been drawn to Washington, D.C.,” she said. “My family’s here in Michigan. I love this state and I feel really lucky to have the opportunity to serve as the governor. I’m not looking to join a ticket. But I do want to be a constructive part of making sure I’ve got a great partner in the White House.”

Since taking office, Whitmer has had ups and downs.

She signed GOP-sponsored legislation to reduce high car insurance premiums. But her call for a 45-cents-a-gallon fuel tax hike to fix roads flopped, leading to a protracted budget impasse. The deal-making chops she had run on were dealt a blow. This past week, she said she was “done waiting,” bypassed legislators and announced Michigan will borrow $3.5 billion to rebuild aging state roads and bridges.

On Tuesday she will be filling a role that for others has proved thankless. Florida Sen. Marco Rubio’s lunge for a water bottle became a meme after he delivered the GOP response in 2013.

“When Speaker Pelosi calls and asks you to do something, you prepare to say yes,” Whitmer said. “The message was pretty clear. She thinks Michigan’s really important.”

John Sellek, who managed Schuette’s losing campaign against Whitmer, said while most State of the Union responses are forgettable, this one also has the feeling of an audition.

“National Democrats know their voters are tiring from the endless slog of the primaries, so their goal here is to give these people a fresh face and a general election message that reminds them they will soon have a nominee and turn the fight to Trump instead of each other,” Sellek said.