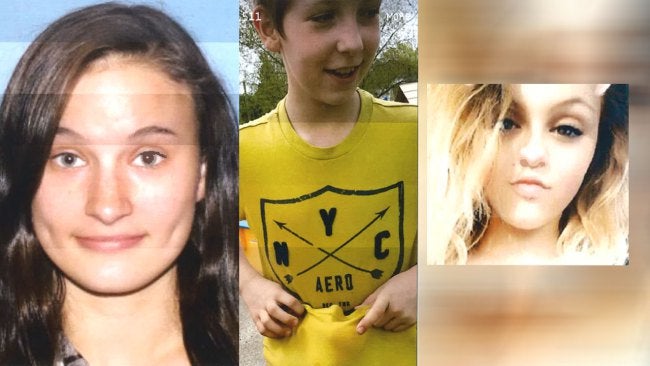 According to Lancaster police, Mckaila Nicole Runyon, Neaveh Sturgeon and Brayden Sturgeon were last seen around 11pm in the area of 1100 South Broad Street in Lancaster.

Police are not sure if they left in a vehicle or on foot.

Mckaila Runyon is described as a 17-year-old white female standing 5’1″ and weighing 94 pounds. She has brown hair and hazel eyes.

Neaveh Sturgeon is described as a 13-year-old white female standing 5’1″ and weighing 115 pounds. She has blonde or strawberry hair and brown eyes.

Brayden Sturgeon is described as a white male standing 5’2″ and weighing 120 pounds. He has brown hair and brown eyes.