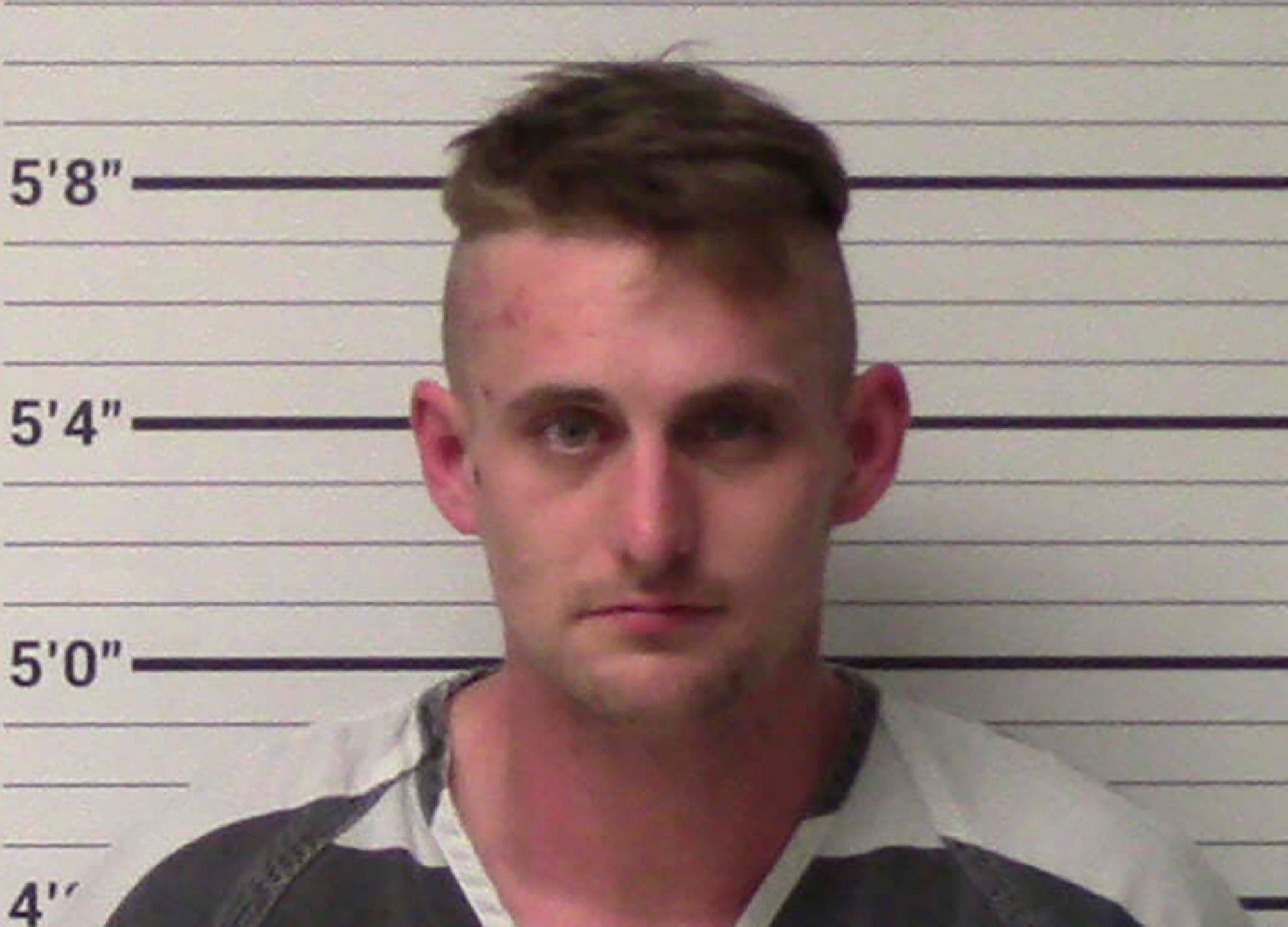 This photo provided by the Kerr County Sheriff's Office, in Texas, shows Coleman Thomas Blevins. Blevins has been arrested in Texas, accused of plotting to carry out a mass shooting at a Walmart, according to a statement released by authorities, Sunday, May 30, 2021. (Kerr County Sheriff's Office via AP)
by: Joe Sutton, CNN
Posted: May 31, 2021 / 04:38 AM EST / Updated: May 31, 2021 / 04:38 AM EST

(CNN) — Law enforcement officials have arrested a Texas man who they say was planning a “mass casualty event,” possibly at a Walmart.

Coleman Thomas Blevins, 28, of Kerrville, was arrested Friday “on a warrant for a Terroristic Threat to Create Public Fear of Serious Bodily Injury,” according to a news release from the Kerr County Sheriff’s Office (KCSO).

Multiple agencies worked together for a week to intercept and foil the plan for an attack on the public, the release said, including the Texas Department of Public Safety Criminal Investigations Division, the FBI, the Kerrville Police Department and the US Secret Service.

“Through the period of investigation, KCSO investigators made contact and conversed with Mr. Blevins, confirmed his affiliation and (his) networking with extremist ideologies,” the sheriff’s office said.

“On May 27th, KCSO Special Operations Division intercepted a message indicating that Blevins was preparing to proceed with a mass shooting. In the message, Mr. Blevins made a specific threat that included WalMart. Working with the FBI, KCSO Investigators confirmed Mr. Blevins’ capability of following through with the threat and moved immediately to arrest him,” it said.

After Blevins’ arrest, authorities searched his home and said they found various items including firearms and ammunition.

“In that warrant service, firearms, ammunition, electronic evidence, concentrated THC, and radical ideology paraphernalia, including books, flags, and handwritten documents were seized. Mr. Blevins is currently on active felony probation and is prohibited from possessing firearms,” the news release from the sheriff’s office said.

Blevins was booked in the Kerr County jail, where he remains on a $250,000 bond, according to authorities.

CNN has not determined whether Blevins has a lawyer.

“The FBI or other federal authorities may seek federal charges in this case,” the news release said.

“This case reminds us that we need to always be vigilant. Many think ‘that can’t happen here’, and it was well on the way to happening,” said Sheriff Larry Leitha in the news release.

“Our investigators did outstanding work in this case, and possibly saved many lives. The plot interrupted in this case is unthinkable. We appreciate the assistance of all our law enforcement partners, including the FBI, DPS, KPD, and Secret Service. We’d like to remind the public – if you see something, say something. The KCSO, working with other law enforcement professionals, will continue to stop threats to our community, and bring those responsible to prosecution.”