There were 18 attempted calls from the White House to GA secretary of state’s office, sources say 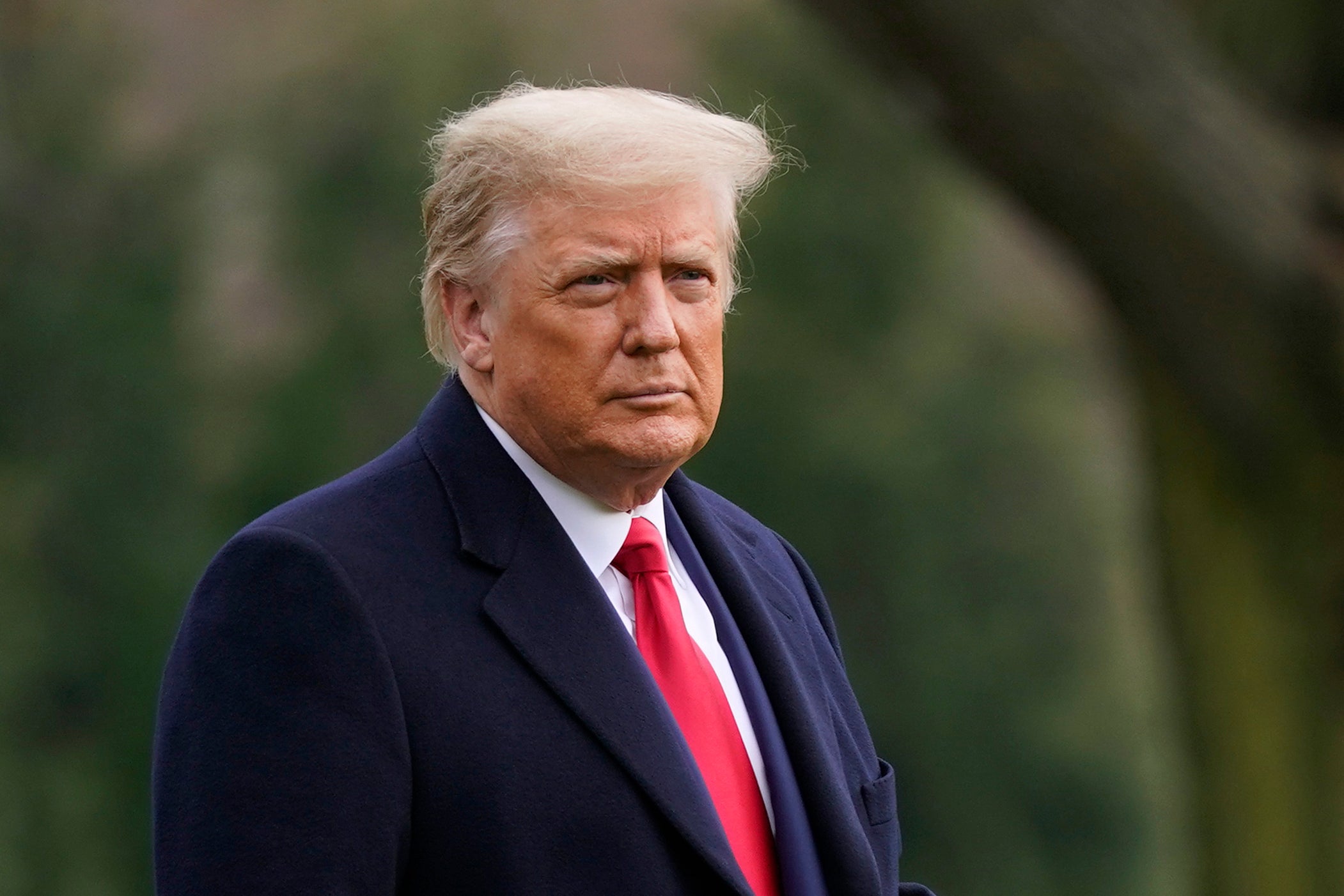 In this Dec. 12, 2020, file photo President Donald Trump walks on the South Lawn of the White House in Washington before boarding Marine One. Unemployment benefits for millions of Americans struggling to make ends meet were set to lapse at midnight Saturday night unless Trump signed an end-of-year COVID relief and spending bill that had been considered a done deal before his sudden objections. (AP Photo/Patrick Semansky, File)
by: Kristen Holmes, Jim Acosta and Kaitlan Collins, CNN
Posted: Jan 4, 2021 / 10:52 AM EST / Updated: Jan 4, 2021 / 10:52 AM EST

(CNN) — There were 18 attempted calls from the White House to the Georgia secretary of state’s office between the election and Saturday’s phone call, a source with knowledge and a Georgia state official confirmed to CNN.

In a recorded phone call, first published by The Washington Post on Sunday, President Donald Trump pushed Georgia Secretary of State Brad Raffensperger to “find” votes to overturn the election results after his loss to President-elect Joe Biden, according to an audio recording later obtained by CNN.

In excerpts of the stunning one-hour phone call that took place on Saturday, Trump lambasted his fellow Republican for refusing to falsely say that he won the election in Georgia and repeatedly touted baseless claims of election fraud.

“The people of Georgia are angry, the people of the country are angry. And there’s nothing wrong with saying that, you know, um, that you’ve recalculated,” Trump said in one part of the call. Raffensperger responded, “Well, Mr. President, the challenge that you have is, the data you have is wrong.”

In another part, Trump said: “So look, all I want to do is this, I just want to find 11,780 votes, which is one more than we have. Because we won the state.”

“You should want to have an accurate election. And you’re a Republican,” Trump said at one point.

“We believe that we do have an accurate election,” Raffensperger said in response, to which Trump replied, “No, no, you don’t. … Not even close. You’re off by hundreds of thousands of votes.”

Trump had repeatedly pushed his staff to get him on the phone with Raffensperger and other Georgia officials, according to two people familiar. This was a weeks-long effort, the sources said.

“He pushed — pushed his staff and called. We’re in a litigation mode with the President’s team against the state of Georgia. Whenever you say anything, you have to have your advisers there. They had to have their advisers there. I preferred not to talk when we were in litigation. We let the lawyers handle it. We took the call and had a conversation. He did most of the talking. We did most of the listening,” Raffensperger said when pressed on ABC’s “Good Morning America” on Monday about the reporting that there had been 18 incoming calls from the White House switchboard to his office in recent months, first reported by The Washington Post.

Raffensperger said that this was his first call on the matter with Trump personally.

Several senior White House officials were unaware the call happened until Trump tweeted about it.