No vehicle located after report of manhole cover striking car 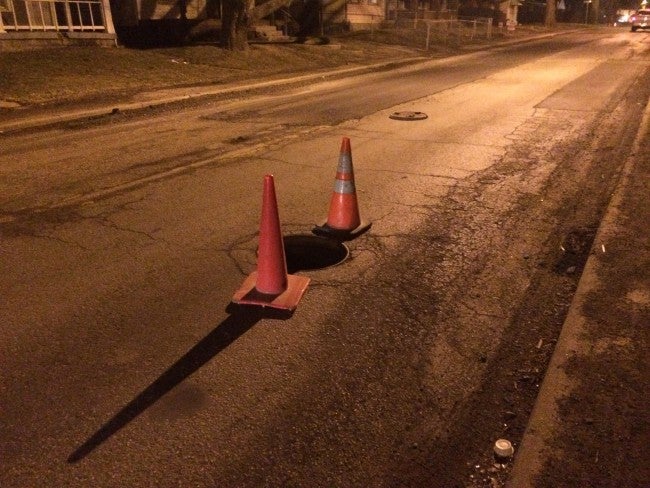 INDIANAPOLIS (WISH) —  After a manhole cover is reported to have popped up and struck a car, IMPD now says they can’t find evidence of the incident happening.

Just before 9:30 p.m. Friday, a manhole cover was reported to have flown off and struck a vehicle at the intersection of Michigan Street and Sherman Avenue.

IMPD investigated but could not locate the vehicle.

An IMPD officer on the scene believes a car may have knocked the cover off while driving.

In the meantime, cones have been placed around the hole to warn drivers.

Brandi Davis-Handy with IPL says that the company does not have any underground facilities in that area and no reports of an incident in their system.