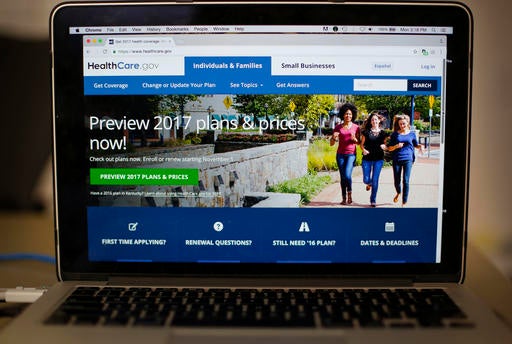 (CNN) — Even as the Trump administration seeks to kill the Affordable Care Act, it is taking credit for making it more attractive to consumers.

The average premium for the benchmark plan will drop by 2% next year in the 36 states using the federal exchange, the third year in a row of declines, the Centers for Medicare and Medicaid Services announced Monday. Premiums have declined a total of 8% since 2018.

Also, many consumers will have a greater choice of plans. Some 22 more issuers will offer coverage next year, when considering states that are also participating in the federal exchange this year. That brings the total to 181. The share of counties with only one participating insurer will drop to 9% next year, down from 50% in 2018.

The trend is a marked turnaround from the early days of the Affordable Care Act exchanges, which launched in 2014. Many insurers underestimated the health needs of enrollees and priced their plans too low, causing them to suffer big losses. Some left the market, while others raised rates by double digits to stem the bleeding.

Also, President Donald Trump’s efforts to undermine the health care law in the first year of his administration were a factor in carriers raising the average premium for the benchmark plan by 37% in 2018.

Since then, the market has stabilized and become more attractive, drawing insurers back into the exchanges and prompting new carriers to offer policies. In addition, the Trump administration has approved more than a dozen state requests to enact reinsurance programs, which lower premiums by shielding insurers from high-cost patients.

The average monthly cost of the benchmark plan next year will be $379 for a 27-year-old and $1,486 for a family of four. However, those who qualify for federal subsidies will pay less than 10% of their income. Some 88% of enrollees on Healthcare.gov receive assistance.

For next year, an individual earning less than $51,040 and a family of four making less than $104,800 are eligible for subsidies.

Open enrollment starts November 1 and runs through December 15 in the states using the federal exchange. Pennsylvania and New Jersey are leaving Healthcare.gov next year, joining 12 other states and the District of Columbia in running their own exchanges.

The Affordable Care Act remains in effect while its future is decided in the courts. The Supreme Court will hear oral arguments in a case seeking to overturn Obamacare on November 10.