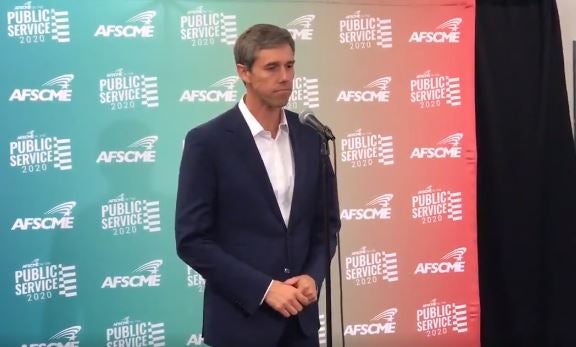 An emotional O’Rourke told reporters on Saturday in Las Vegas that he had spoken by phone to El Paso Mayor Dee Margo, the city’s sheriff and U.S. Rep. Veronica Escobar. He says they were still learning details about the attack at or near the Cielo Vista Mall, in which police say multiple people were killed and a suspect was taken into custody.

O’Rourke said he planned to return home immediately to be with his family. He asked “for everyone’s strength for El Paso right now. Everyone’s resolve to make sure that this does not continue to happen in this country.”

El Paso, which has about 680,000 residents, is in West Texas sits across the border from Juarez, Mexico.