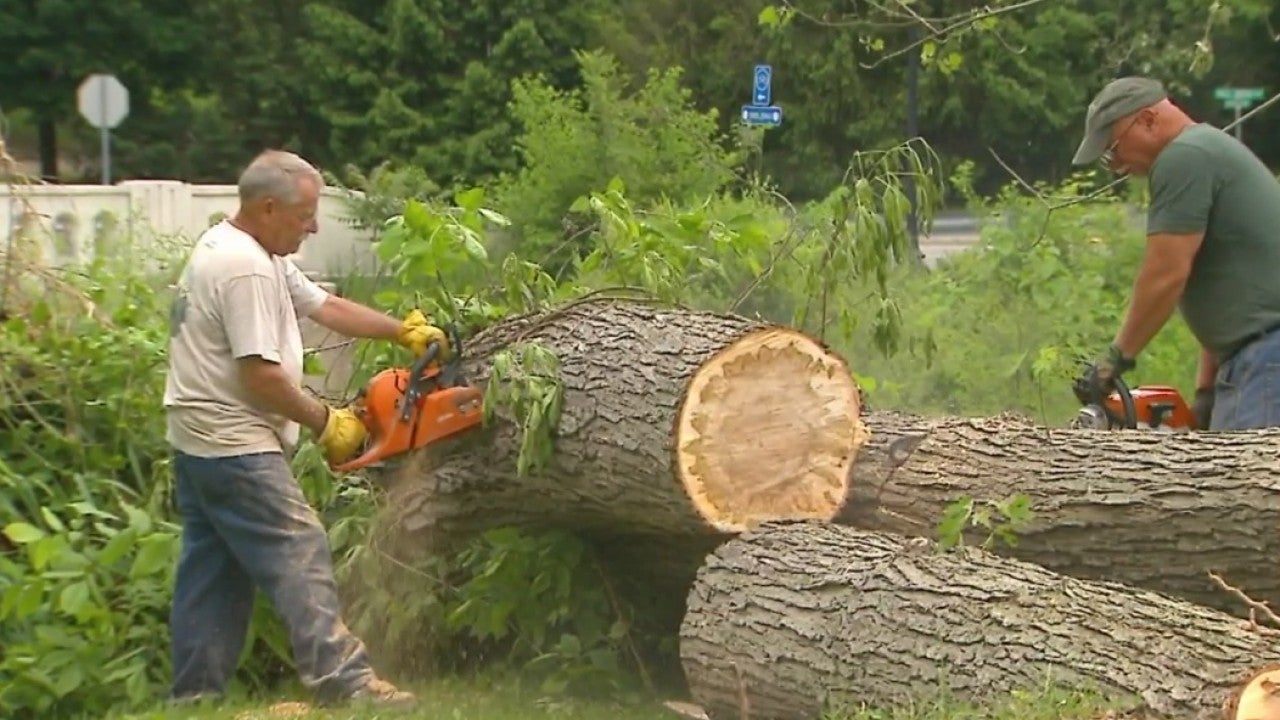 PENDLETON, Ind. (WISH) — People in Pendleton are still cleaning up after an EF-2 tornado ripped through their town Monday night.

Tuesday night, News 8 showed how neighbors in Pendleton helped each other after the storm.

Wednesday, neighbors from other counties and cities came to join the volunteer efforts.

People were working hard starting at 10:30 in the morning, with nearly 200 volunteers out by noon. Because of the help, Pendleton is looking much better than it did a couple days ago.

At first, nobody knew what to do or where to start when the Pendleton residents began to understand what was no longer there.

“Just makes me sick,” Christy Keesling said. “I’ve cried I don’t know how many times. This park especially, our friends and I, we hung out here all the time, this was our place.”

But answers came in the form of volunteers. People from across the county and even the state showed up ready to help.

Signified by their orange bracelets, volunteers officially joined the efforts Wednesday. And while plenty of people were volunteering Tuesday, none of that was approved by town officials.

“They do not have the right safety personal protection equipment on, that can cause injuries,” Emergency Management Agency Director Todd Harmeson said. “Like I said before, we’ve had one injury and at the end of this event and we return to normalcy, we want to report that we only have one injury.”

Friends and strangers grabbed branches, raked debris and turned a disaster area into something resembling what the town looked like just last week.

“It’s what we do, it’s part of just the human experience,” said Don Morris, who traveled from out-of-town to volunteer. “We live with one another, we’re a community. God made us to be a community and that’s what we ought to be doing. Here with one another. We can bear each other’s burdens and that’s what scriptures tell us to do. You cry with those who are crying, laugh with those who are laughing and you help carry each other’s burdens.”

While some people from Pendleton say they’ve got this on their own and really don’t need the help, they’re thankful for anyone who is willing to give their time and effort.

“Everybody serving this community,” Parker Hammons said. “It’s just really nice to see. I like seeing that.”

If you are interested in volunteering, you can drop by Pendleton Christian Church to sign up. You’ll need to be at least 18 years old, or 16 with adult supervision. For more information on volunteering, click here.