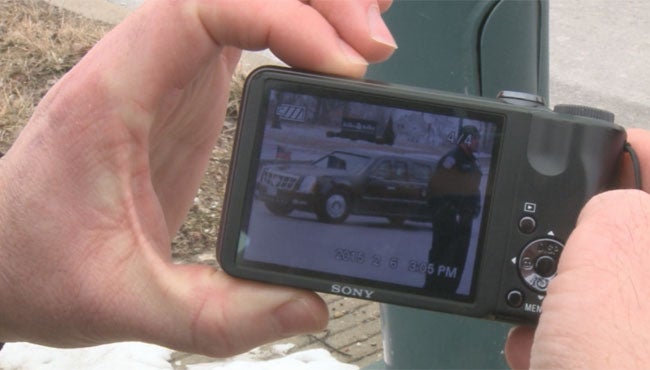 INDIANAPOLIS (WISH) – Hundreds of people lined the streets near Ivy Tech to see if they could catch a glimpse of President Obama as he made his way both to and from campus.

“This is something kids now in these days pretty much don’t get a chance to see, and this is an honor to meet President Obama,” Dominique Hamilton, an Indianapolis high school student, said.

While many won’t get an actual glimpse of the president, the long odds did not discourage many of these people from trying to see him.

“We’re pretty much going to do that, chill out and see if we can’t see him,” Zen Smith, who attends Ivy Tech part-time, said. “If we can, we can, and if not, it was a good experience to have him here anyway.”

It was the president’s first visit to the Circle City since 2011, and those who tried to come out and see him say it’s a moment they will remember for a lifetime.

“A lot of people like me [are] just interested, respect the President regardless of who he or she is, just happy to try to get a glimpse and give him a wave,” Lawson said. “It’s not every day that the President’s motorcade drives by my office.”