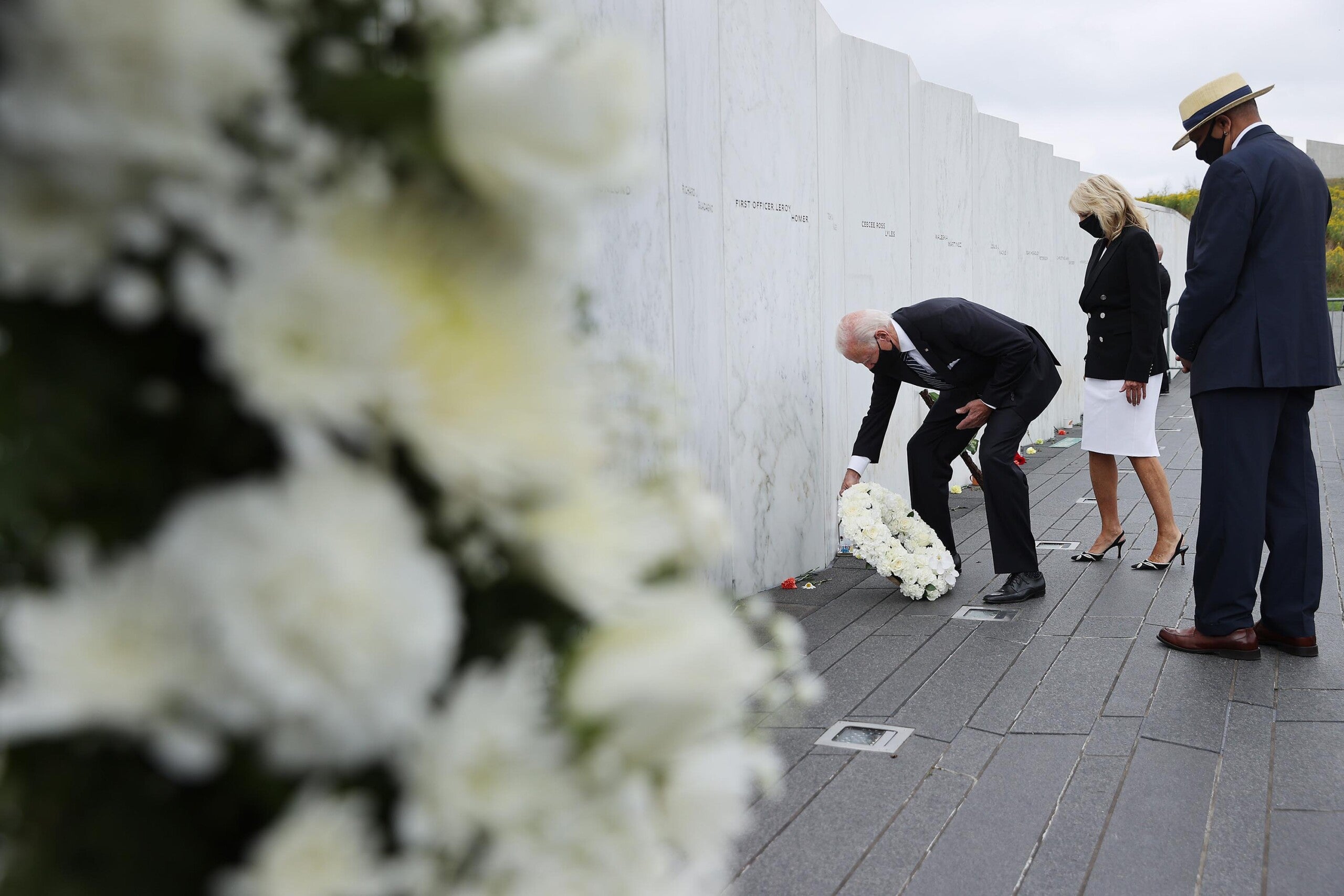 (CNN) — More than 1,600 people affected by the September 11 attacks are asking President Joe Biden to refrain from coming to Ground Zero to mark the 20th anniversary of the event unless he releases documents and information related to the attacks, according to a letter released by the group.

“Despite numerous requests by Democratic and Republican members of Congress and hundreds of 9/11 family members imploring previous and now the current administration to bring transparency to the matter, these efforts have been rebuffed and the issue has remained inexplicably ignored,” the letter reads in part.

“We want to see tangible proof before the 20th anniversary of 9/11 that this Administration is truly committed to transparency,” said Brett Eagleson, the first signatory of the letter, in a statement. “These documents involve a terrorist attack that occurred 20 years ago, and there is no justification to withhold them.”

Eagleson’s father, Bruce, was killed in the attack on the World Trade Center.

“The 9/11 families deserve justice and closure. Matter of fact, all Americans deserve to know the truth behind what the Saudi Arabanian government’s role was in 9/11. And there’s significant evidence. The FBI has it. The DOJ doesn’t deny that it exists,” Eagleson told CNN’s Michael Smerconish on “Cuomo Prime Time” Friday.

“We need the President to be our hero. Be our champion, Mr. President. This is a direct appeal to you. Help us in this fight. Stand by our side. Allow us to have the justice and closure that we deserve,” he said.

Signatories of the letter claim that they have been used as a political bargaining chip for two decades.

“We had great hope that President Biden, who campaigned on bringing truth and trust back to the Oval Office, would value the lives and sacrifices of America’s citizens over diplomatic relations with a country accused of mass murder,” the letter reads.

Alluding to a Biden campaign promise, the group sent CNN a copy of the letter they received from then-candidate Biden’s campaign where he said he would have the Department of Justice work to release 9/11 records.

“I will direct my Attorney General to personally examine the merits of all cases where the invocation of privilege is recommended,” Biden’s letter to the group reads, “and to err on the side of disclosure in cases where, as here, the events in question occurred two decades or longer ago.”

White House press secretary Jen Psaki said Friday that the President remains committed to a pledge he made during his presidential campaign to work to release 9/11 records.

“The White House Office of Public Engagement, and the National Security Council staff have had several meetings with groups representing the families of those who perished on 9/11 regarding their document requests and to hear their thoughts on policy priorities that will continue to be a priority,” Psaki said.

The group is also asking the Biden administration to hold Saudi Arabia accountable for its actions.

“Prior administrations have promised ‘reviews’ only to use them as delay tactics to protect the Saudi government and keep the American people in the dark,” Eagleson said. “We hope the Biden administration finally provides the information our families have waited to receive for 20 years, so we can stand together with the President at Ground Zero on 9/11.”

In the letter, the group calls on Biden to implement a policy toward the Kingdom that not only holds them accountable for their role in 9/11, but also the 2018 murder of Jamal Khashoggi and the December 2019 deaths of US service members in Pensacola, Florida. The letter also demands that within that policy, the Biden administration “immediately cease the Kingdom’s support for acts of terrorism.”