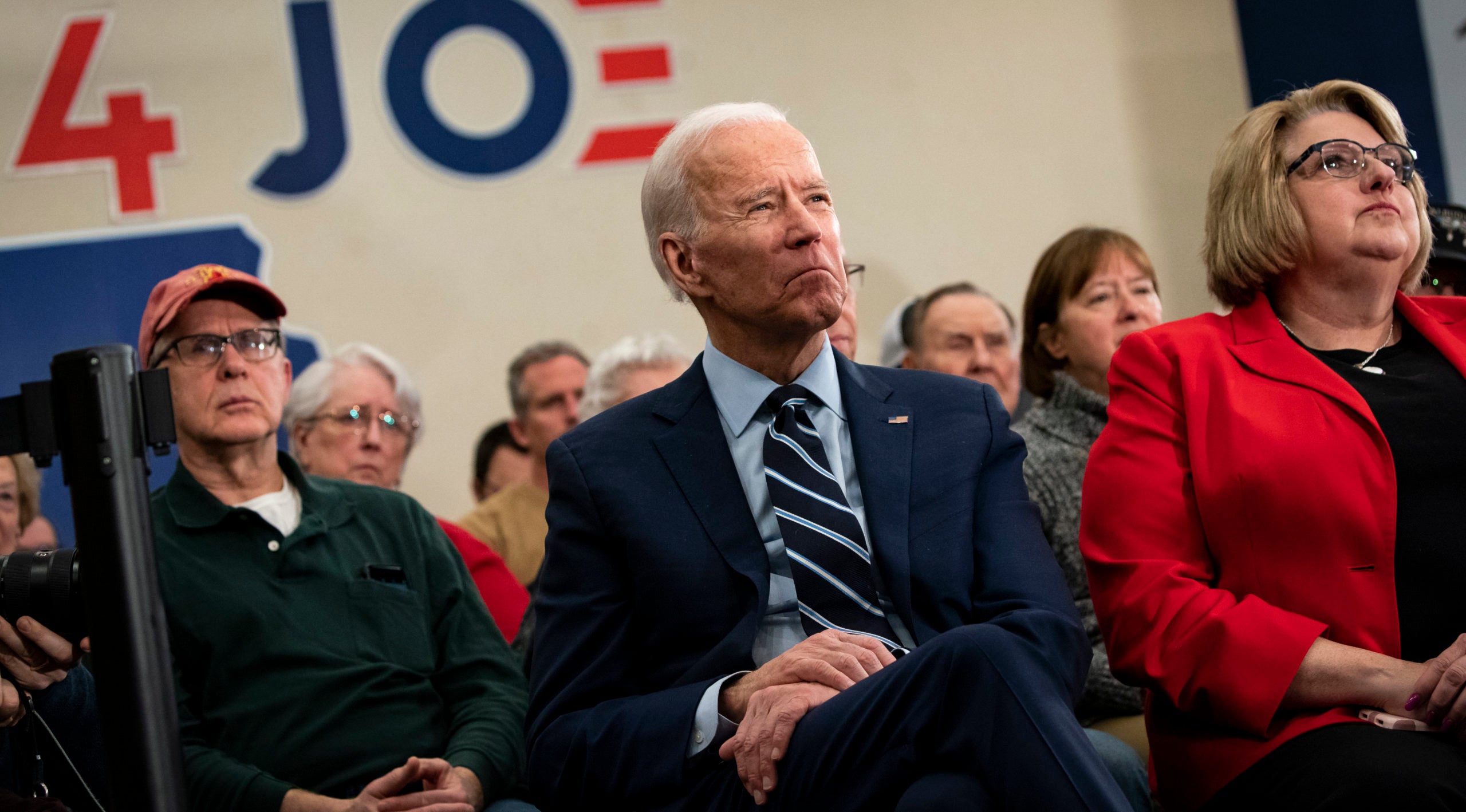 (CNN) — Former Vice President Joe Biden took a direct swipe at Bernie Sanders on Thursday, noting that the senator from Vermont, one of his top competitors in Iowa’s caucuses just days away, is not a Democrat.

Biden told reporters that the contrast between Sanders and him is “self-evident,” and when asked to expand, said simply, “I’m a Democrat.”

Pressed on whether he believes that means Sanders is not, he said, “Well, he says he’s not. He’s not registered as a Democrat.”

Sanders, a Vermont independent who caucuses with Senate Democrats, signed a Democratic Party pledge last year affirming that he would run for president as a Democrat and would serve as one if elected.

Biden continued Thursday that another difference between the two is that Sanders has not acknowledged how much his health care plan will cost, whereas Biden said he had.

“Everything I’ve suggested to you, that I want to do, I’ve figured how to pay for it. He’s acknowledged he doesn’t even know what ‘Medicare for All’ is going to cost, and how he’s going to do it. How do you get something done that way?” Biden said at an impromptu Dairy Queen stop in Pella, Iowa.

Sanders campaign manager Faiz Shakir told CNN that “last-minute, cheap barbs borne of desperation aren’t a good look for a candidate who proclaims his desire to unite the party.”

The swipes come just days before Monday’s caucuses and as Biden has attempted to stay above the fray ahead of the nominating contests. His campaign released an ad Thursday on the importance of character, where a narrator reads over a photo of the Resolute Desk in the oval office, “Character matters. Maybe more here than anywhere.”

And at a campaign event just before the ice cream stop where Biden made the comments about Sanders, he had told caucusgoers that Democrats cannot let the race “slide into a negative treatment of one another” and invoked former President Barack Obama.

“The temptation is too much for some running. We just can’t do it,” he urged, calling for unity in the party. “As Barack said, the last thing we need to do is form a circular firing squad. We have differences. We can argue about our differences. But we have to be able when we come out of this, whoever the nominee is, to unite the party.”

Earlier in the day, former South Bend, Indiana, Mayor Pete Buttigieg had called out both Biden and Sanders by name. In response to a Biden television ad that claims this is no time to “take a risk,” Buttigieg responded at a town hall in Decorah, Iowa, that history has shown that the “biggest risk” that could be taken is “to look to the same Washington playbook and recycle the same arguments and expect that to work against a President like Donald Trump who is new in kind.”

Biden responded by making light of the comments, saying he’s not sure what Buttigieg is talking about.

“He’s a good guy,” Biden said of Buttigieg, “and that must be a sign that things are getting a little tight. A Washington playbook, I’m not sure what he means. What I’m advocating for the American people, the middle class and giving people a shot, and a Dairy Queen!”