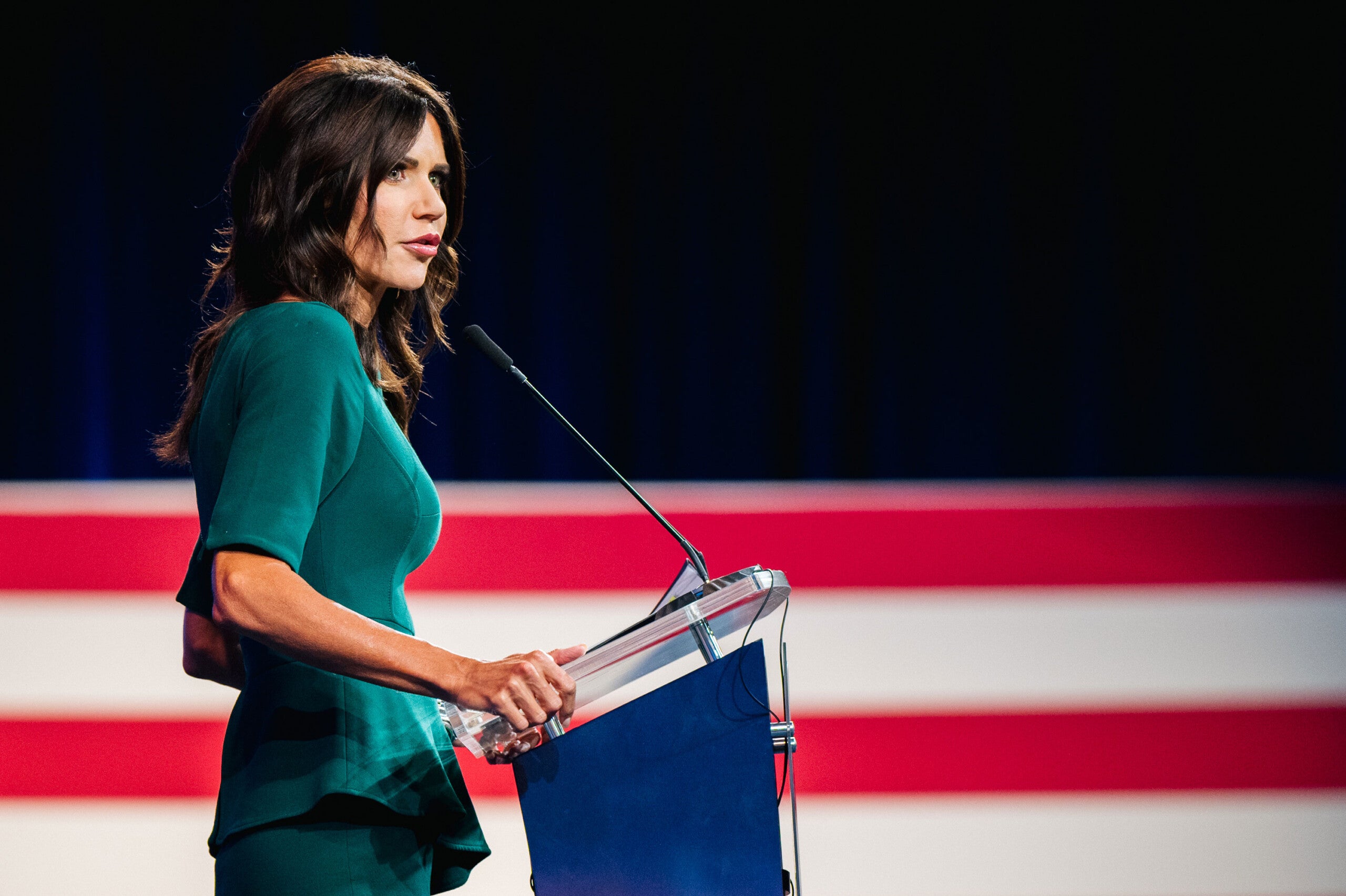 (CNN) — South Dakota Gov. Kristi Noem, whose profile has risen in conservative media during the pandemic, is lashing out at one of right-wing media’s most popular bloggers for what she described as comments that were full of “horrible misogyny.”

Noem, a Republican viewed as a potential 2024 presidential candidate, garnered praise from conservatives early in the pandemic for rejecting mask mandates. But she has recently refused to stop private businesses from implementing vaccine requirements, prompting some criticism from right-wing pundits.

Matt Walsh, a right-wing blogger and podcaster for the conservative Daily Wire, said there was “no use” for her. “Kristi Noem is a very attractive woman,” he said during a recent episode of his podcast. “So she’s got that going for her.”

“As far as I can tell that’s the only reason why she was ever looked at as some sort of 2024 potential frontrunner,” he continued. “The hype and everything that she’s gotten from conservative media is entirely based on the fact that she’s an extremely attractive woman, which she is.”

“But you put 50 pounds on her and another 20 years? I don’t think she gets any of the hype,” Walsh concluded.

Noem slammed the remarks in a tweet on Wednesday evening. “Instead of engaging in a debate about the proper role of government and how it isn’t conservative to tell people how to do business, [Walsh] stooped to horrible misogyny,” she wrote. “Eyes up here, Matt.”

In a tweet from her personal account, she said she was “roping bulls” that were “bigger than [Walsh]” when she was a teenager. She suggested Walsh was perhaps a “steer” and said he “couldn’t walk a day in my shoes.”

The feud could signal that Noem’s honeymoon period in right-wing media may be coming to an end. It also demonstrates how quickly the right’s biggest star politicians can fall out of favor with some in conservative media.

Walsh stood by his remarks, tweeting out a statement on Thursday that he sent to a Newsweek reporter.

“No, I do not regret stating an obvious truth,” he said in that statement. “I will however accept apologies from all of the performative idiots pretending to be offended by it.”

In another tweet, he said he was only “deeply sorry” that his critics are “all a bunch of ridiculous, whiney babies.”