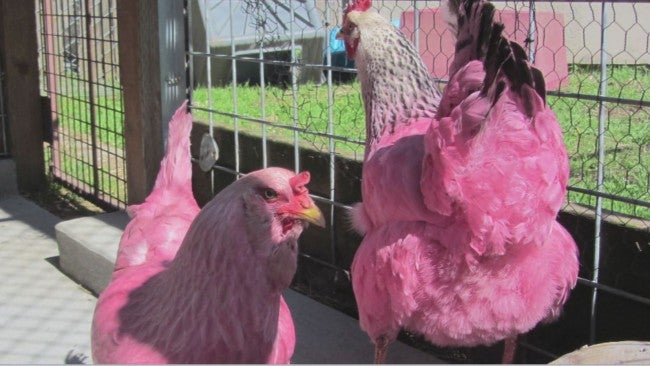 They say a pink rooster and a pink hen were found on the loose on the city’s waterfront on Thursday, but no one has reported them missing.

Officers say the chickens are dyed. They say if the owner comes forward to pick them up, he or she won’t have to pay a fine.

The chickens will stay at animal control until they’re claimed.