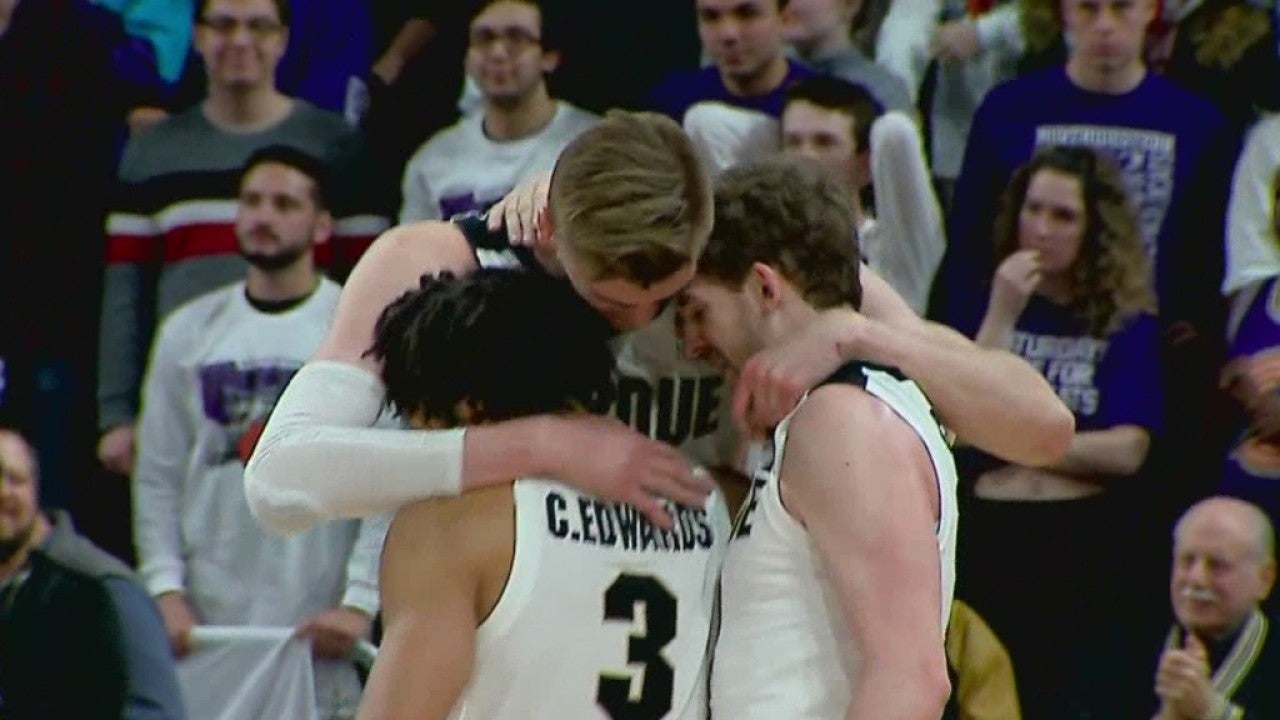 EVANSTON, Ill. (WISH) — If the Boilermakers had to do it away from Mackey Arena, Evanston was not a bad spot.

Purdue and its fans invaded Welsh-Ryan Arena Saturday and celebrated a share of the 2018-19 Big Ten title.

Carsen Edwards did just enough, putting in a game-high 21 points on 18 shots. And in the second half it became which Purdue role player is going to put this game away?

It so happens to be Nojel Eastern, who went to high school right down the road at Evanston High. The sophomore guard finished with a season-best 15 points. After the celebration, head coach Matt Painter spoke to this Boiler madness — a formula that continues to work.

“I love it when people tell you you can’t do something,” Painter said. “From an individual standpoint, you look out there and you see our two seniors. They aren’t going to knock you down with their presence. But they do a lot of things that help win games. I kind of like piecing it together better than I like coaching.”

“I am just glad we were able to win this,” Edwards said. “Especially for the seniors and the new guys. Just for them to be able to experience it. …I am just happy.”

Purdue is headed back to Chicago next Friday for the Big Ten Tournament as the second overall seed.

The Boilers will tip off at 7 p.m. Eastern time.