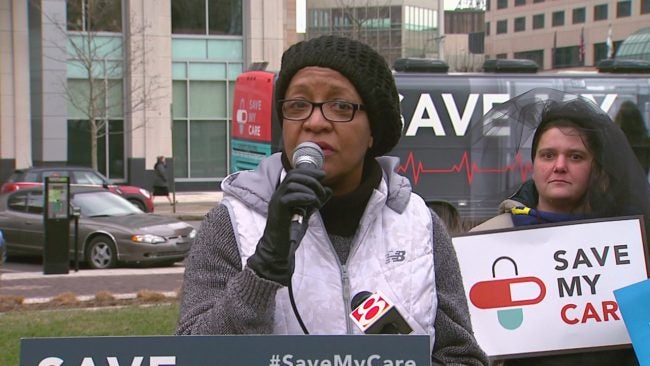 INDIANAPOLIS (WISH) — A tour bus pulled in front of the Indiana State House. Filing out were advocates for the Affordable Care Act (ACA). The Save My Care Bus Tour is a two-month, cross-country tour focused on telling the stories of people who have benefited from ACA.

“Had it not been the Affordable Care Act, I was not about to have the surgery I need to be healed,” said Rosanna Williams, a cancer survivor.

When doctors diagnosed Williams with cancer, the single mother of two adds ACA got her the coverage she needed. Williams expressed anxiety if ACA is repealed during her speech.

President Donald Trump and congressional Republicans are moving forward with plans to repeal the ACA. President Trump made it clear a new plan will result in a smooth transition so millions of Americans will not lose coverage. It will also include affordable options.

During a news conference, a physician, a former U.S. Congressman, and a father all expressed their concerns about ACA. After the news conference came to an end, the group marched to Congressman Todd Young’s office with a casket. One person says the casket represents the lives lost if ACA is repealed.