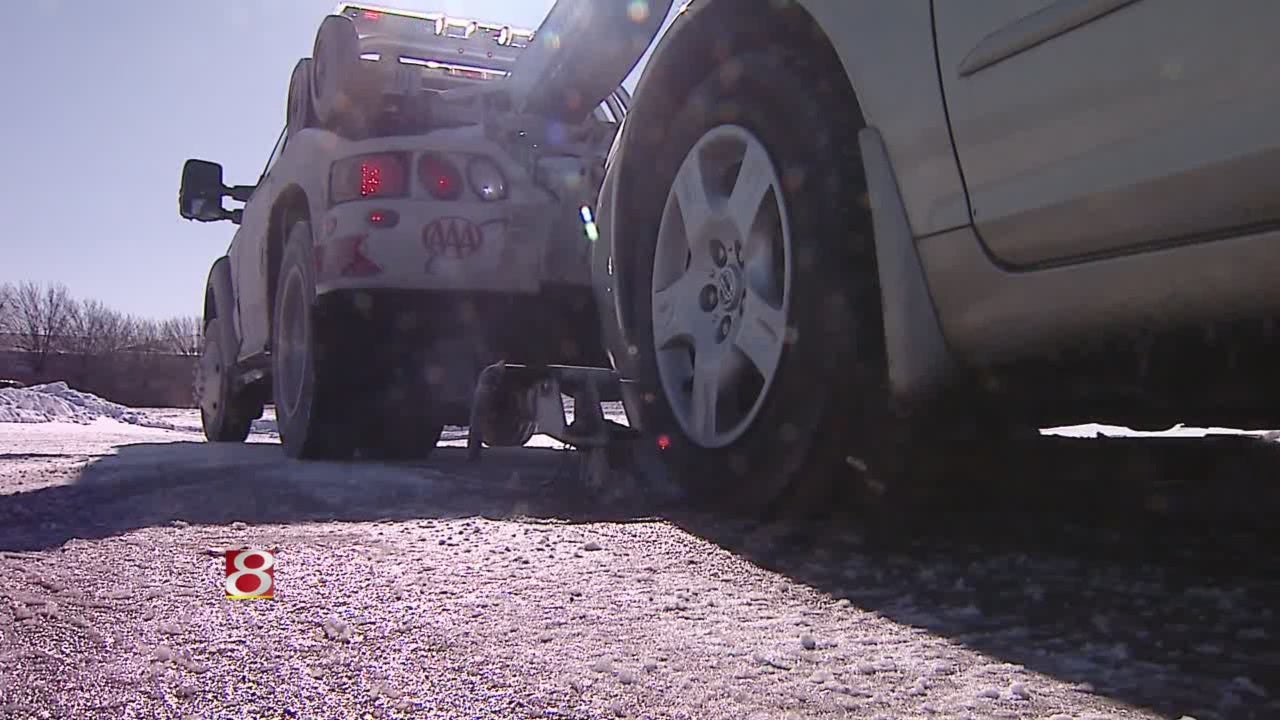 There are hundreds of calls a day in the city for roadside assistance, and they only go up in the winter months, when the likelihood of getting stranded increases and crews are helping out as many as they can.

“On a cold day like this, nothing likes to work right,” Harold Watters, a tow truck driver with AAA Hoosier Motor Club, said.

That’s how tow truck drivers find themselves busy on a day like this, with cold temperatures causing all sorts of problems for drivers.

“Somebody that’s out on the road or something that’s broken down, to us that’s a priority,” Watters said.

AAA had more than 50 tow trucks out Wednesday helping people with all sorts of problems, like drivers low on gas or cars that wouldn’t move or even start.

“It hadn’t been acting up until today, but in cold weather like this, it brings out the worst in any vehicle, and it certainly did on this one,” said Vince Pollard, whose car sputtered to a stop at a northwest Indianapolis bank and would not restart.

People are usually told to be ready to wait awhile on a day like this, but getting a helping hand is enough for stranded drivers.

“They told us when we called, they said it would be about 90 minutes, but it hasn’t been that long, maybe 45, yeah, not bad,” said Diane Meunier, whose van stopped moving in an east side parking lot.

Watters hopes drivers keep their cars properly tuned up by getting regular oil changes and checking their batteries and tires, so that they can avoid a trip to the mechanic and a costly repair bill.

Watters expects another busy day Thursday since the cold temperatures are not going away anytime soon.