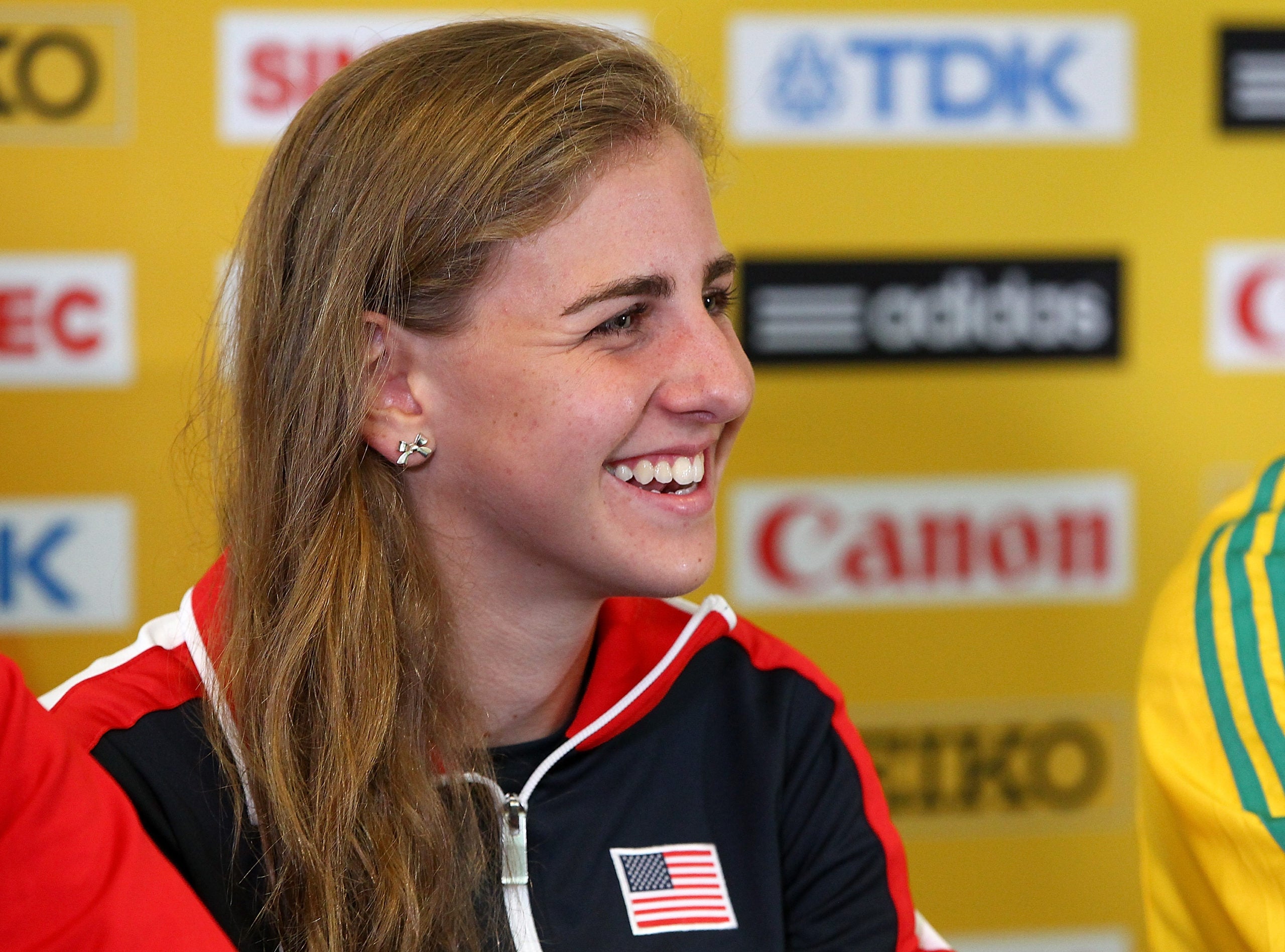 (AP) — Track and field is facing a painful and public reckoning with the treatment of some female athletes.

Amy Yoder Begley, a 10,000-meter runner, said Friday she was told she had the “biggest butt on the starting line.” Kara Goucher’s husband said the Olympian endured “disgusting” comments from coaches.

Cain said the all-male staff told her the way to get faster was to get thinner and thinner.

Nike says it’s investigating, but the cascade of allegations that have followed Oregon Project director Alberto Salazar’s four-year doping ban have called new attention to the emphasis on weight restrictions and emotional abuse.

“It’s depressing, but I’m also encouraged that this message is getting out,” Dr. Kathryn Ackerman, medical director of the female athlete program at Boston Children’s Hospital, said Saturday. “A lot of these athletes have been really shy to share their stories.”

Questions about Salazar’s methods with his top U.S. runners had swirled for years before the U.S. Anti-Doping Agency found him guilty last month of conducting experiments with supplements and testosterone that were bankrolled and supported by Nike.

But Cain’s plaintive story of harassment and abuse while she was part of Salazar’s training group, which she joined as a 17-year-old phenomenon in 2013, has emboldened other former Nike Oregon Project athletes to share their stories.

In a New York Times video essay, Cain, now 23, says: “I was emotionally and physically abused by a system designed by Alberto and endorsed by Nike.”

Cain said she was harangued by the staff, which had no certified nutritionist or certified sports psychologist, to lose weight and was publicly humiliated when she didn’t hit targets. She said she stopped having her period for three years and lost so much bone density she broke five bones. She said she started cutting herself and having suicidal thoughts before leaving the program in 2016.

Salazar, who has denied any involvement in doping, issued a statement to The Oregonian newspaper on Friday saying: “I never encouraged her, or worse yet, shamed her, to maintain an unhealthy weight.”

Nike said in a statement these are “deeply troubling allegations which have not been raised by Mary or her parents before. Mary was seeking to rejoin the Oregon Project and Alberto’s team as recently as April of this year and had not raised these concerns as part of that process.”

The sportswear giant added it will “take the allegations extremely seriously and will launch an immediate investigation to hear from former Oregon Project athletes.”

Four-time Olympian Shalane Flanagan, who retired from competitive running last month to become a coach with the Nike Bowerman Track Club, tweeted to Cain that “I had no idea it was this bad.” Flanagan, the 2017 New York City Marathon champion, is a longtime Nike runner but was never part of the Oregon Project.

“I’m so sorry … that I never reached out to you when I saw you struggling. I made excuses to myself as to why I should mind my own business. We let you down. I will never turn my head again,” Flanagan tweeted.

Yoder Begley, who now coaches the Atlanta Track Club, said she was kicked out of Salazar’s group after placing sixth in the 10,000 meters at the 2011 national championships.

“I was told I was too fat and ‘had the biggest butt on the starting line.’ This brings those painful memories back,” the 2008 Olympian said.

Goucher, a former Oregon Project runner who helped provide evidence for USADA’s case against Salazar, said on Twitter “the culture was unbearable.”

Her husband, Adam Goucher, who also ran for the group, tweeted that after she placed fifth in the 2011 Boston Marathon in a personal best of 2 hours, 24 minutes — one of the fastest times for an American woman that year, and six months after having a child — Salazar and a sports psychologist told her mother and sister she needed to lose her baby weight if she wanted to be fast again.

Adam Goucher said his own weight was an issue while he trained under Salazar.

“Maybe now some of you can see why I had so much anger when we left,” he wrote.

Ackerman, the Boston sports medicine specialist, is calling on Nike to fund research into healthy and medically sound training in the same way the NFL has started pouring money into concussion studies.

“There are so many great opportunities for Nike to be a leader in this,” she said.