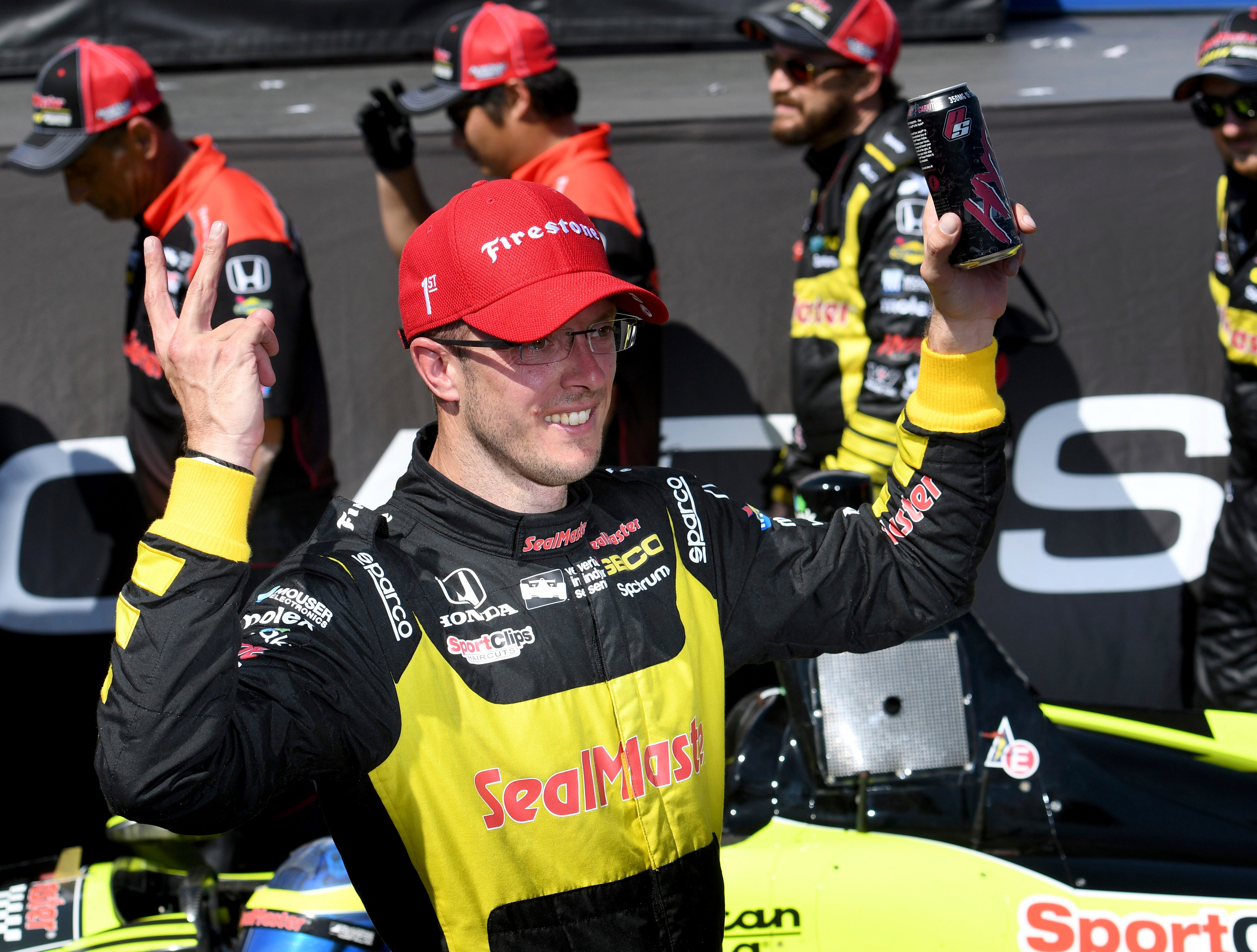 The 39-year-old Frenchman won his 34th career pole and first since fracturing his pelvis and right hip last year in a crash during qualifying for the Indianapolis 500.

“Obviously, for me, every time I line up for qualifying, there are always some images that come back. You can’t help it,” Bourdais said. “So, to just kind of be able to put that on the side enough to hang it out to get that (pole) makes me feel pretty good about it.”

Last month, Bourdais won the season-opening street race in St. Petersburg, Florida, for his 37th career victory. He won his first pole since Mid-Ohio in 2014 and the first on an oval since Milwaukee in 2006. The four-time series champion also gave Dale Coyne Racing its second pole and first since Mike Conway at Detroit in 2013.

“We’re still a fairly small organization compared to the likes on the Ganassis and the Penskes,” Bourdais said. “We got a great group of guys working real hard to make it happen. When you do, it’s really sweet.”

Pagenaud qualified second for the Saturday night race at 188.148, a year after racing to his first oval victory at the desert track.

Penske’s Will Power was third at 186.852, followed by Andretti Autosports’ Alexander Rossi and Schmidt Peterson’s Canadian duo of James Hinchcliffe and Robert Wickens.

The 250-lap race is the first oval event for the sleek new car that is designed to improve competition, level the playing field and cut costs.

“There’s a lot of unknowns,” Hinchcliffe said. “First short oval for us, first oval race with the (new) kit. There’s still a lot to be found out.”

The 21-year-old Fittipaldi is making the first of seven starts this season for Dale Coyne Racing in the No. 19 Paysafe ride he’s sharing with Zachary Claman De Melo.

The track is celebrating the 25th anniversary of Mario Andretti’s 52nd and final Indy car victory.

Team owner A.J. Foyt was at ISM Raceway three weeks after surviving a bee attack on his West Texas ranch. “I’m still recovering,” the 83-year-old racing great said. “I have welts all over and I’m not feeling 100 percent.” … Tony Kanaan is making his record 284th consecutive series start. The Foyt driver also will break a tie with Helio Castroneves for third place on the career list with 345 overall starts. … Oriol Servia will split pace-car duties with Sarah Fisher this season, starting Saturday night. The 43-year-old Servia plans to race in the Indianapolis 500 for Rahal Letterman Lanigan Racing and Scuderia Corsa.

The International Speedway Corp.-owned track has changed its name to ISM Raceway in a rights deal with Ingenuity Sun Media. Built in 1964, it was previously Phoenix International Raceway and Phoenix Raceway. The facility is undergoing a $178 million redevelopment expected to be completed in time for the NASCAR playoff races in November. The start-finish line will move from the front straightaway to near the second turn in front of a new 45,000-seat grandstand. The project includes 51 hospitality suites.

Kody Swanson took the pole for the USAC Silver Crown race with a lap at 142.146 mph. Defending race winner Bobby Santos qualified second for the 100-lap race. Swanson, from Kingsburg, California, has three series championships and 18 career victories. He was second last year in Phoenix.

VALLEY OF THE SUN

The high Friday was about 90 degrees in the Sierra Estrella foothills southwest of Phoenix. The forecast high for Saturday is 94, with the race-time temperature in the mid-80s.