Semi goes up in flames on city’s west side 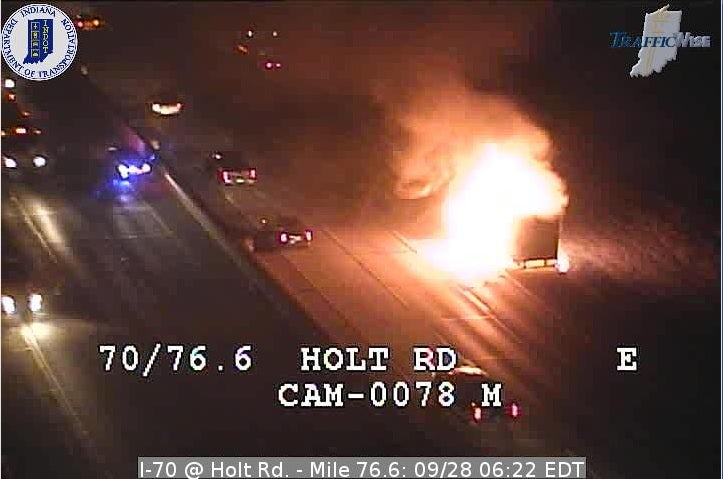 INDIANAPOLIS (WISH) –  A semi fire shut down traffic on part of Interstate 70 on the west side of Indianapolis Monday morning.

Indiana State Police officials said the Indianapolis Fire Department was called to the scene to help extinguish the flames.

According to INDOT, all eastbound lanes of I-70 were closed near Holt Rd. because of the fire. Drivers were advised to seek alternate routes while eastbound on I-70 near mile 76.6.

It’s unclear if anyone was hurt.