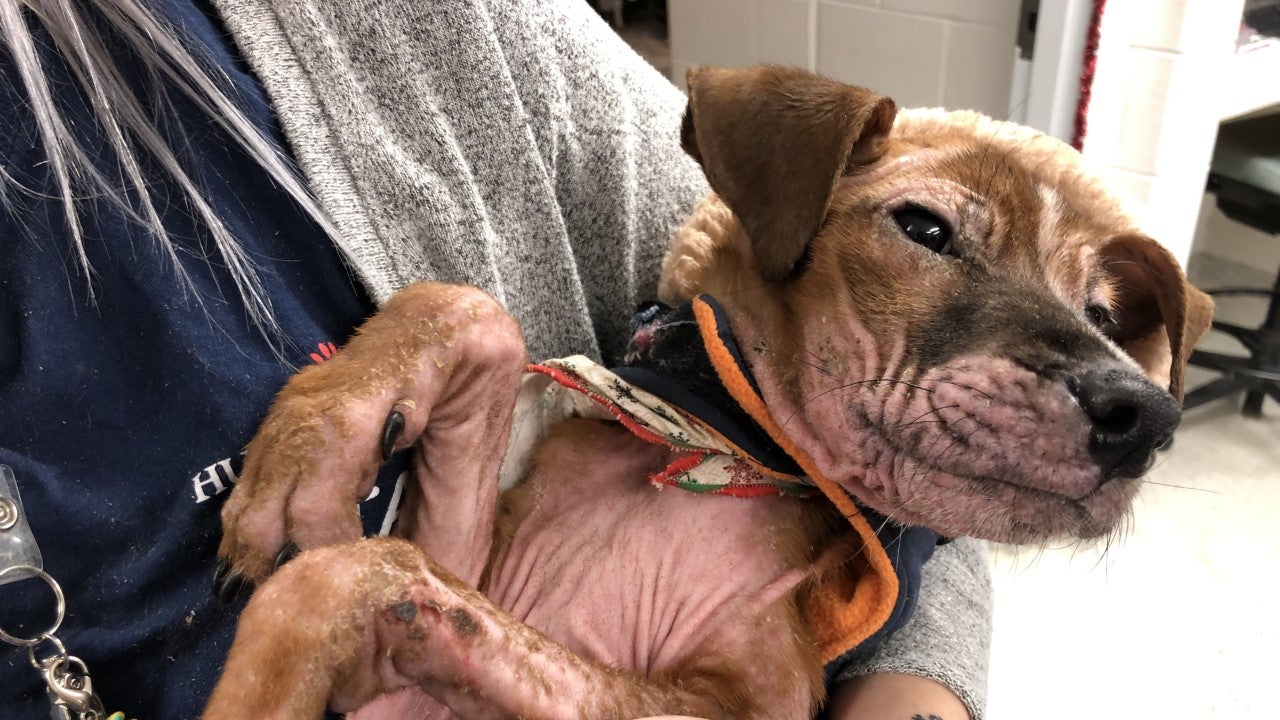 “Leonard” was dropped off Monday night at an IndyHumane clinic by a good Samaritan, Dr. Jessica Snyder said.

The veterinarian estimated the puppy was approximately 6 to 8 months old.

“His temperature was so low that we couldn’t read it on a thermometer,” Snyder told News 8. “Leonard was very depressed and most of the fur had fallen off of his body. He was probably less than 24 hours away from potentially being unsavable.”

The dog had “paper-thin skin,” fleas and open scabs, clinic staffers said; he was too weak to walk, stand or lift his head.

His previous owners had left him in an unheated basement after deciding they no longer wanted the responsibility of caring for a pet, according to Humane Society sources familiar with the case.

The dog’s condition and alleged treatment prompted authorities to open a criminal investigation. No charges had been filed Friday night.

The unlikely survival story prompted prospective owners from across the country to contact IndyHumane with adoption requests. Leonard requires additional testing and treatment before leaving the clinic for a forever home, staffers said Friday.

“For every Leonard that makes its way to our shelter or a similar facility, there are thousands that don’t,” said David Horth, the IndyHumane CEO. “And it’s frustrating for us because the only thing [pet owners] have to do is bring [unwanted animals] here.”

Learn more about surrendering a pet on the IndyHumane website.