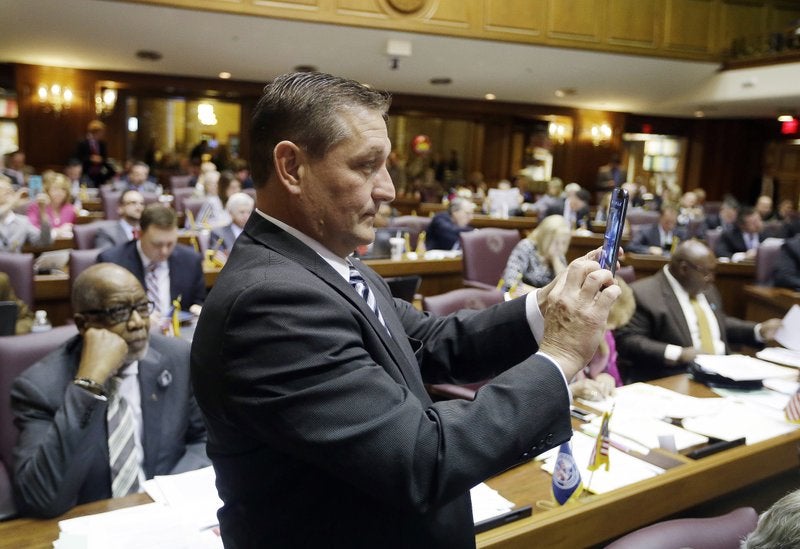 INDIANAPOLIS (AP) – A folksy state lawmaker from rural southern Indiana was picked Monday as the new Democratic minority leader for the Indiana House of Representatives.

But what’s yet to be seen is whether Austin Rep. Terry Goodin will be a mere placeholder, or someone who makes a credible effort to lead Democrats out of a wilderness of irrelevance. They hold just 30 of 100 Indiana House seats.

“This is all about elections, we know that,” Goodin said following his selection by members of the House Democratic caucus. “We’re going to give the people in the state of Indiana their voice back.”

Republicans dominate not only the Indiana Legislature but also the congressional delegation and all elected Statehouse offices. They’ve controlled the Indiana House since wresting control away from Democrats during the 2010 tea party wave. That enabled the GOP to control the once-in-a-decade redistricting process, which comes after the federal census and resulted in redrawn legislative and congressional districts favoring the party.

Goodin, who was first elected the House in 2000, is a throwback to the kind of conservative Democrat who used to perform well in Indiana legislative races. He has often sided with Republicans on anti-abortion and gun rights legislation, and vows as the Democratic leader to not “have nuclear bomb approach” toward partisan wrangling.

Goodin bested fellow Rep. Phil GiaQuinta of Fort Wayne after one ballot of voting. He declined to say what the vote was, or whether his ambitions include remaining leader beyond the 2018 races.

He replaces former Leader Scott Pelath of Michigan City, who announced this month that he was stepping down from his leadership role after five years and wouldn’t seek another term next year.

“There’s going to be a different voice with a little more southern accent and twang to it, but we’re going to have a unified voice,” Goodin said.

Goodin said he intends to keep his day job as superintendent of the Crothersville Community Schools, a district of about 500 students some 30 miles north of Louisville, Kentucky.