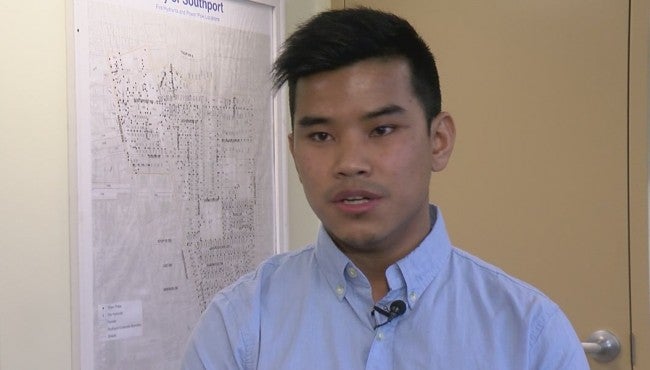 The department said it hopes to bridge the gap between the community and the rapidly growing Burmese population on the city’s south side.

According to Chief Tom Vaughn, the decision for 22-year old Bawi Lian was not made impulsively. Lian contacted the police chief two years ago wanting to know what he needed to do to join. Lian followed through.

Before hitting the streets, Lian has a thing or two to learn. He graduated Saturday from the police academy. He’ll be in training for the next six months.

But, Lian said, he also has a thing or two to teach his fellow Burmese neighbors.

“It’s a different culture, different law,” Lian said. “I just want to educate them and want to go around and tell people this is right and this is wrong.”

He has a large classroom in which to teach. According to Vaughn, more than 20,000 Burmese people live on the south side of Indianapolis.

“For Bawi to be on the department, I think that says, ‘Yes, we do want you to be part of our community,’” the police chief said.

Being part of the community means following the law. Most of the Burmese come to the United States as refugees and some haven’t had the opportunity to learn the laws. Vaughn said parking violations and drinking and driving are some of the more common issues police have with the Burmese community.

“They don’t have all the traffic laws or parking laws that we have,” Vaughn said. “For us, it was more of just explaining here’s how we do it in America versus how they did it there.”

Through Lian, Vaughn said he hopes to make that explanation a little clearer.

Lian said he also has one more lesson, not just for the Burmese, but for everyone.

Southport officers host Chin Academy, where they teach a variety of things including familiarizing residents with laws.

Because Southport is a reserve department, officers do not get paid. Lian will volunteer at least 24 hours a month. He said he hopes to become a full time Indianapolis Metropolitan Police Department officer someday.