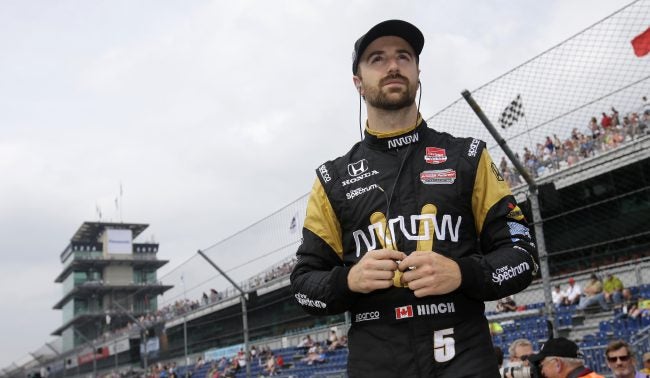 INDIANAPOLIS (WISH) – One of IndyCars most eligible bachelors appeared on the Steve Harvey show to help him find a date.

James Hinchcliffe is set to appear on the show on Tuesday at 3 p.m. for Harvey’s “Summer of Steve Week” series. Hinchcliffe let Harvey play matchmaker for him. On the show Harvey introduces Hinchclifee to two woman that he picked.

One of the women is an Indianapolis Colts cheerleader and the other is a model in Chicago.

Watch the show on WISH-TV at 3 p.m. to find out if one of the women was a match for the four-time IndyCar winner.