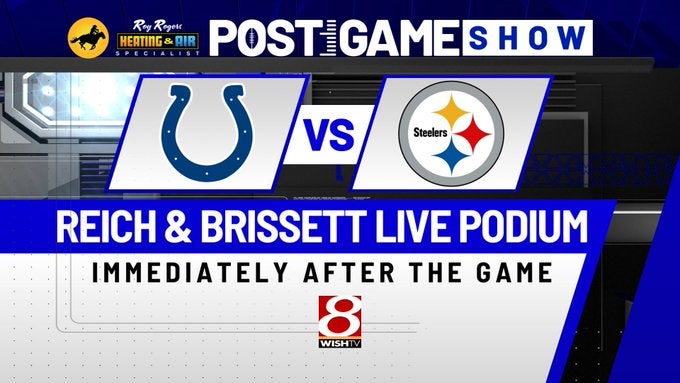 (WISH) — The Indianapolis Colts fell 24-26 to the Pittsburgh Steelers at Heinz Field on Sunday.

Tune in to WISH-TV for our postgame show, with live podium reaction from Colts Coach Frank Reich and key players, plus analysis from News 8’s Anthony Calhoun, Charlie Clifford and Olivia Ray.

And Colts analyst Bill Brooks joins us in the WISH-TV studio to break down every play.

How would you grade the Colts’ performance in Pittsburgh? Vote here:

The Colts put together a perfect 3-0 month of October, but they were winning their games by an average of four points.

With Hilton out, the Colts put more emphasis on Zach Pascal, Chester Rogers, and Parris Campbell.

The Steelers were also lacking some star power with their top rushers — James Connor and Benny Snell Jr. – sidelined.